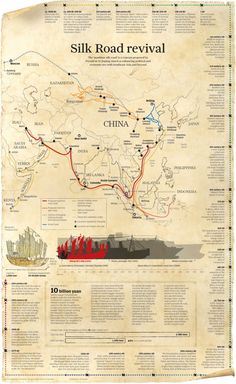 Much have been debated on Malaysia’s push for investments from China.


The pros and cons of leaning towards China for investments and economic growth have been argued extensively.

“Also, there have been much criticism from certain quarters over the proposed construction of the RM55 billion East Coast Rail Line (ECRL).

“What the critics have failed to consider is the long-term potential of the ECRL to facilitate and drive trade with China’s ‘One Belt, One Road’ (OBOR) initiative.

“ECRL is set to be OBOR’s rail connectivity not only from Malaysia but also Singapore. Do we want to be left out in the billions of trade opportunities?” Gerakan Deputy Speaker Syed Abdul Razak asked.

He said Malaysians should start “thinking out of the box” and look towards future potential economic opportunities that are worth billions of ringgit.

“For Malaysians to be able to benefit from and ride on OBOR’s drive, we must be prepared and the trans-border transport infrastructure must be in placed when the trade boom unleashes,” he added. 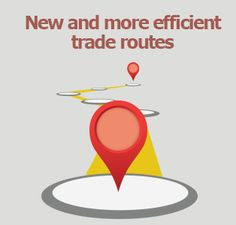 Syed Razak, who is Gerakan’s nominee to contest N.37 Bukit Lanjan in the coming 14th General Election (GE14), said Malaysian investors and traders nationwide would benefit from the OBOR-ECRL as a new and more efficient complementary trade route.

For more details on OBOR and ECRL, read the following two articles:

Since 2013, the ‘One Belt, One Road’ (OBOR) initiative has become the centrepiece of China’s economic diplomacy. The essence of OBOR is to promote regional and cross-continental connectivity between China and Eurasia. The ‘One Belt’ and ‘One Road’ refer to China’s proposed ‘Silk Road Economic Belt’ and ‘Maritime Silk Road’. Connectivity covers five major areas of interest: policy coordination, infrastructure construction (including railways and highways), unimpeded trade, financial integration and people-to-people ties. Among these, infrastructure construction is the dominant feature of the New Silk Road. 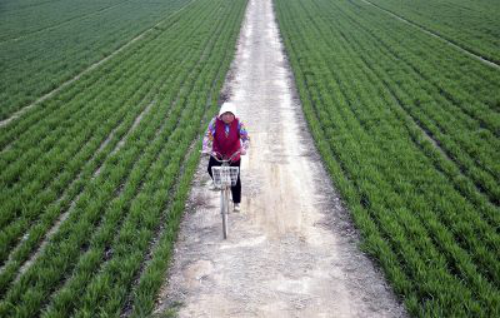 While the historical Silk Road was an upshot of bottom-up trade activities, driven mainly by nations outside China, the OBOR initiative is designed by China’s ruling elites. It represents the first major attempt by China to design and implement a cross-continental mercantile strategy and will surely have significant global and geopolitical consequences.

OBOR is a product of Chinese neomercantilist thinking. Today’s neomercantilism differs from the mercantilism of the 17th to early 20th century, when merchants were often complicit in the imperialism of the great powers in pursuit of increased political power and private wealth. Neomercantilism today is much more constrained, thanks to national and international legal frameworks, reluctance to engage in armed conflicts, as well as a greater widespread appreciation of human rights.

Chinese neomercantilism endorses global trade and its institutions while also pursuing a government-led globalisation strategy to accumulate capital and wealth for the nation. China’s strategy clearly preferences state-owned enterprises (SOEs) and is focused on establishing free trade areas — similar to the China–ASEAN Free Trade Area which came into effect in 2010 — with Central Asia and South Asia.

So what is driving China’s OBOR initiative?

Many of China’s production sectors have been facing overcapacity since 2006. The Chinese leadership hopes to solve the problem of overproduction by exploring new markets in neighbouring countries through OBOR. The OBOR initiative will provide more opportunities for the development of China’s less developed border regions. China also intends to explore new investment options that preserve and increase the value of the capital accumulated in the last few decades. OBOR has the potential to grow into a model for an alternative rule-maker of international politics and could serve as a vehicle for creating a new global economic and political order.

The China–Pakistan Economic Corridor (CPEC) project is a prime example of the risks and challenges facing China. CPEC is a combination of transport and energy projects and includes the development of a major deep-sea port offering direct access to the Indian Ocean and beyond. Plans for CPEC were officially formalised in April 2015. According to the agreements of both sides, total costs for the projects currently under construction amount to US$46 billion. Should all the planned projects be implemented, the combined value of the projects would be equal to all foreign direct investment in Pakistan since 1970, and would be equivalent to 17 per cent of its 2015 GDP.

The Chinese leadership sees Pakistan as one of its most longstanding and committed allies. This is why CPEC is being treated as a poster child for the OBOR initiative. Still, many uncertainties exist which could topple the project. CPEC faces domestic political opposition in Pakistan, with infighting between provinces and the central government over the allocation of investment. A more serious issue is that of security. On the Chinese side, the East Turkestan Islamic Movement (ETIM) is hindering Chinese efforts, while on the Pakistani side the Pakistani Taliban and other anti-state militant groups pose an immense threat to construction crews and could disrupt the flow of goods.

With this in mind, in the short term, China’s OBOR initiative will likely only deliver very modest results despite immense investments. It is still hard to predict whether China’s OBOR projects will be effective over the medium-to-long term as this depends on the responsiveness of both governments to challenges, as well as the external environment.

Still, OBOR marks the beginning of a new economic diplomacy for China as it shifts towards being an active driver of the regional and global economy. Whether China’s neomercantilist expansion policy will meet expectations, remains to be seen.

BEIJING: China is set to build and finance the RM55 billion (US$13.1 billion) East Coast Rail Line (ECRL) project that will span four states in peninsular Malaysia, according to Malaysia's secretary-general to the Treasury.

Dr Irwan spoke to Malaysian media upon arrival in Beijing on Monday as part of the delegation accompanying Prime Minister Najib Razak who is on a six-day visit to the Chinese capital.

He said the railway link will lower transportation costs between the west and east coasts of peninsular Malaysia, bring down prices of goods and reduce travelling time.

"It will also will help create more jobs and business opportunities for Malaysians, especially the rural folks," Dr Irwan said.

Although the agreement has not yet been finalised, Dr Irwan said the financing offered by China was a lower rate compared to the international market, coupled with a long repayment period of 20 years.

He said the project was crucial to Malaysia and should not be delayed as it would not only spur the country's transportation industry development, but also help to speed up growth of small towns along the way.

The project would also assist in the transfer of technology in the railway industry, he said. "Future development of railways is the in thing, and Malaysia needs to make the move in getting the technology and new systems in railway construction,"he said.

Dr Irwan said the project will be built in phases: First from Port Klang to Dungun in Terengganu followed by Dungun to Tumpat.

PM Najib, in tabling the 2017 Budget, said the project would be launched in phases and would connect townships such as Port Klang, ITT (Integrated Transport Terminal) Gombak, Kuantan, Kuala Terengganu, Kota Baru and Tumpat.

The construction of the project is expected to start next year and it is due to be complete by 2022.