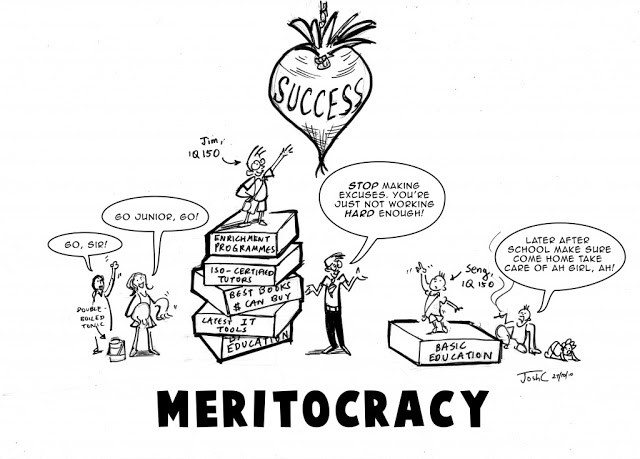 Malaysians should not fear meritocracy because it can only help propel Malaysia to greater social-economic heights.

The fear that meritocracy would deprive the “weak” is baseless because excellence cannot be replaced with mediocrities.

“For Malaysia to achieve developed nation status, we must have the best brains and quality workforce to help steer the nation forward progressively.

“There cannot be progress if we have a weak or incompetent workforce. The fear that meritocracy will render the ‘weak’ of opportunities is nothing but plain lame and unjustified.

“That’s because both the ‘weak’ and brainy have their own roles and ways to contribute to society and nation-building,” Gerakan Deputy Speaker Syed Abdul Razak Alsagoff said.

“It is only common sense that a nation will not be able to achieve excellence in any field or sector with a mediocre workforce. So, does it make sense to deprive the better academic achievers from local education opportunities? 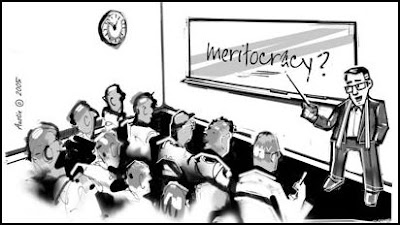 He said the “weak” and superior academic achievers had their individual roles in society to contribute to nation-building.

“It only takes innovative and creative ideas to achieve success in any field or sector. And they can be from the ‘weak’ or the brainy.

“And of course the right attitude and hard work count,” he added.

Here’s an article by online news portal Free Malaysia Today on the issue of meritocracy:

"When there is meritocracy, productivity follows
Robin Augustin 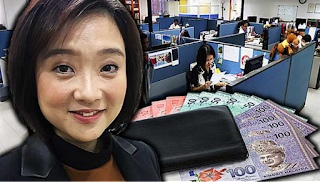 KUALA LUMPUR: The hours Malaysians spend at work are not reflected in productivity, and this is one of the main reasons salaries remain stagnant, says a think tank.

She said wages were suppressed because of a reliance on low-skilled labour.

This reliance on low-skilled labour, which benefited business owners and kept wages down, led to a growing income disparity between the rich and the lower-income group.

This, she said, would eventually give rise to a host of other social problems such as higher unemployment rates.

The stagnant salary scale, she said, would also cause many to be unable to survive in urban cities, let alone save enough for retirement.

According to EPF statistics, some 89% of working Malaysians earn less than RM5,000 a month.

To resolve the problem of stagnant salaries, Ng said wages had to be increased but this was only possible if productivity increased.

“Malaysian talents are easily distracted. There are too many ‘teh tarik’ or ‘lepak’ sessions.

“It is very unproductive.”

Ng said this did not happen in developed countries, such as Australia and the United Kingdom, where she had worked in the past.

“In the UK, even though lunch breaks last for an hour, the employees in my office never took the full hour. We’d pick up a sandwich and coffee, and within 20 minutes, we’d be back at our desks.”

But Ng also noted that Malaysia’s corporate sector did not appreciate talent the way it should.

“Some companies really look after their workers but then many take their talents for granted. It works both ways. Employees need to show their worth and companies need to reward and appreciate them.”

Ng said when productivity was low, more of a company’s revenue ended up going to the company rather than the employees, and this was different from the situation in developed countries, where companies rewarded productivity.

“When you have increased productivity, your costs actually go down. So in the long run, it is better to hire one good talent, who costs more in terms of salary than three cheaper workers who may not be as skilled and unproductive.”

Ng said the key to promoting productivity and attracting good talent was meritocracy.

“Organisations must make it clear that people are rewarded for good work rather than for race, religion or who they are.“When you embrace meritocracy, productivity will follow."