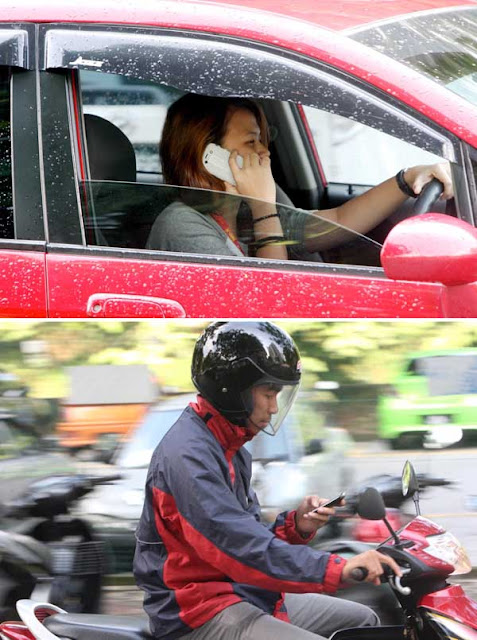 With technology advancement, especially in Information Communications Technology (ICT), dirty and deadly habits have become a menace to public safety.

This is because Malaysians generally lack discipline, self and public safety awareness.

“It is so sad to see this growing ‘deadly’ attitude, especially among the young. I have even seen a friend ticking off his son for using and texting hanphones while driving.

“Timely because the stories showed that the New Year traffic police operation that saw the police booking 5,333 road traffic offenders within four hours in the Klang Valley alone is just the tip of the iceberg. (Read this for context: http://bukitlanjan.blogspot.my/2017/01/bukit-lanjan-malaysian-road-traffic.html)

“Malaysian road users have serious ‘deadly’ attitudes when on the road. They not only endanger themselves, but other law-abiding road users as well.

“Is there something wrong with the mentality of those who have no regard for road safety? Something is seriously flawed or lacking in our education system.

“Our moral education curriculum is certainly not up to mark or effective in inculcating positive attitudes in life,” he added. 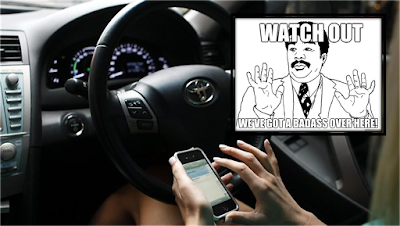 Syed Razak, who is Gerakan’s nominee to contest N.37 Bukit Lanjan, said many who break the law even displayed road rage and bullying tendencies.

“They have committed an offence but they turn angry and violent when ticked off by law-abiding citizens,” he added.

“A total lack of respect for road traffic laws in Malaysia is today a community and national social problem. The young has to be taught to respect the laws of the country and this means the Education Ministry must treat this problem seriously.

“Are we not educating our children to grow up as responsible law-abiding citizens? If not, then the education system has failed us,” he added.

Here are the two exclusives interviews with the federal traffic police by FMT:

"Over 46,000 fined for using mobile phones while driving

Police say unfair to claim enforcement weak when so many summonses have been issued for this one traffic offence every year. 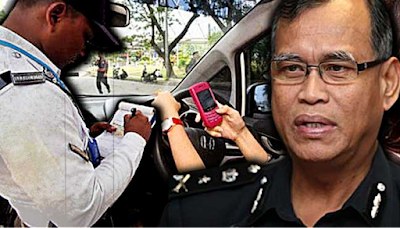 KUALA LUMPUR: Over 46,000 police summonses were issued to motorists for using their mobile phones while driving in 2016, an increase of almost 4,000 from last year.

In an interview with FMT, Bukit Aman Traffic Investigation and Enforcement director Mahamad Akhir Darus said for the past few years, police have been issuing tens of thousands of summonses for the offence which carries a RM300 fine.

“People always say the police are not enforcing the law enough. Look at the number of summonses we issued just for this offence. It is unfair to say enforcement is lacking.”

“People can’t expect us to place a police officer at every kilometre of the highway. The problem stems from a lack of discipline (among motorists).”

Mahamad said the problem had gotten worse over the years, especially with the advent of messaging apps like WhatsApp and social media.

Mahamad said motorists should remember that under the law, traffic offences under the Road Traffic Rules are categorised as strict liability law, which meant it is up to an offending driver to prove his or her innocence in court.

Hence, he said motorists caught using their mobile phones while driving should not try to wriggle their way out of a summons by hiding the device.

“I advise motorists to keep their hands away from their phones while driving. It is an offence to even hold a phone, regardless of whether you are in a (traffic) jam or (waiting at a) traffic light.”

“You should not even stop by the emergency lane to text or talk on the phone. Just use a hands-free device or Bluetooth if you really need to.”

Recently, a video of an express bus driver using his mobile phone and smoking while driving to the Tangkak toll in Johor from Kuala Lumpur went viral. Authorities are investigating the incident.

Just how dangerous is driving and texting?

The use of mobile phones while driving is among the top six causes of accidents in Malaysia, say police. 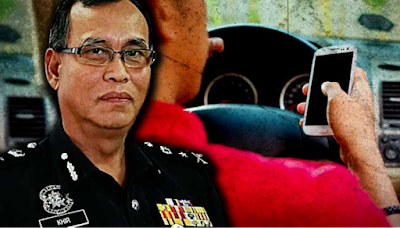 KUALA LUMPUR: The use of mobile phones while driving is one of the six primary causes of road accidents in Malaysia, according to the police.

In an interview with FMT, Bukit Aman Traffic Investigation and Enforcement director Mahamad Akhir Darus said the six main causes of road accidents in the country were the use of mobile phones while driving, driving on the emergency lane, speeding, running a red light, cutting the queue and crossing double lines.

He was commenting on a recent viral video of an express bus driver using a mobile phone and smoking while driving to the Tangkak toll in Johor from Kuala Lumpur.

Mahamad said the use of mobile phones while driving was not only highly irresponsible but dangerous.

“Just reading a text while driving, which takes your eyes off the road for even a few seconds can lead to fatal accidents.”

Mahamad said many fatal accidents stemmed from the use of mobile phones while driving, but exact figures were not presently available as the focus of investigations into major accidents was on whether an offending driver was careless and inconsiderate as stipulated under Section 43 of the Road Transport Act 1987.

Road safety expert Karen Goonting says people do not understand just how dangerous it is to text and drive.

Citing an American study in 2009, Goonting said a driver who keyed in a text message or read a text message while driving was 23 times more likely to cause or be involved in an accident.

She added motorists using their mobile phones while driving tended to be more error prone compared to those talking to passengers or listening to music.

“They are more likely to drift out of lanes, miss exits, run red lights, rear-end the vehicle in front of them and even knock down pedestrians.”

“In fact, the act of reading or sending an SMS and taking your eyes off the road for even two seconds while driving at 88 km per hour is like driving the length of a football field blindfolded."