Showing posts from March, 2018
Show All

BUKIT LANJAN: Time for Malaysians to get back at property developers - force prices down! 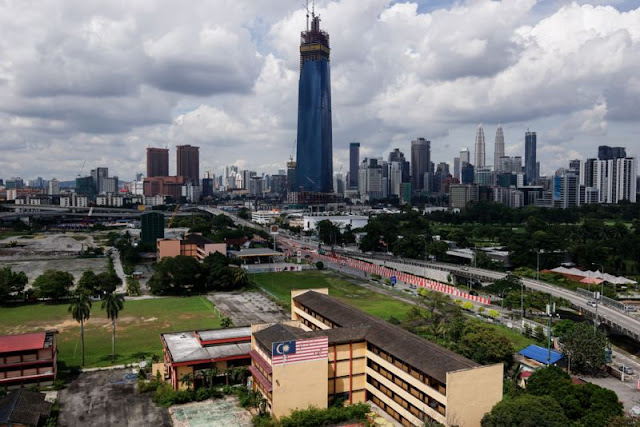 BUKIT LANJAN: Time for Malaysians to get back at property developers - force prices down!
It was revealed that only 1% of property sales in 2017 went to foreigners - and this is why there is a property glut in Malaysia.

High end properties that cost RM800,000 and above are the most affected.

“One of the reasons why property prices in Malaysia are beyond the reach of Malaysians, even so-called affordable houses, is due to the artificial demand created by foreigners,” Gerakan Deputy Speaker Syed Abdul Razak Alsagoff said.

“Developers’ greed for insane profits led them to raise property prices and to concentrate on the high end market.

“Property then became not affordable anymore to Malaysians. Now that the foreigners have turned the market cold, property developers are left in the lurch,” he added.


Syed Razak, who is Gerakan’s nominee to contest N.37 Bukit Lanjan in the coming 14th General Election (GE14), said the “stressed out” domestic and global economies made worse by inflation had affec…
Post a Comment
Read more

BUKIT LANJAN: Consider paying workers living wage to keep them happy so that productivity and efficiency are sustained or enhanced 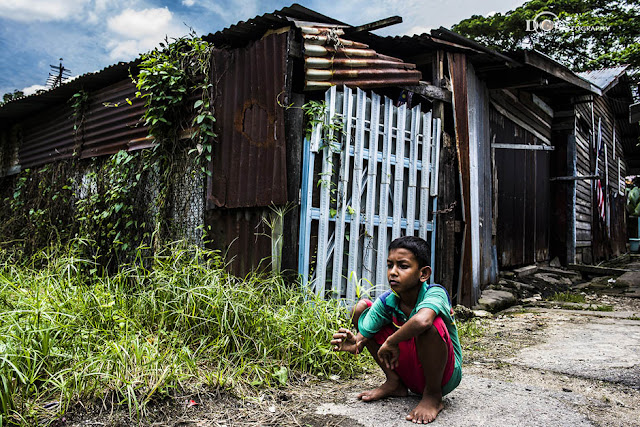 In such trying and difficult economic times worsened by inflation, employers should consider paying living wage to help workers or employees ease their financial burden and the needs of their loved ones.

“Try to be more considerate of their plight, keep them happy so that productivity and efficiency are not adversely affected,” Gerakan Deputy Speaker Syed Abdul Razak Alsagoff said.

He said BNM had all the financial and economic statistics to more accurately assess the people and country’s status.

“So, if BNM deems it fit to issue such an advice, there must be some really, really socio-economic concerns afflicting Malaysian workers and their loved ones. 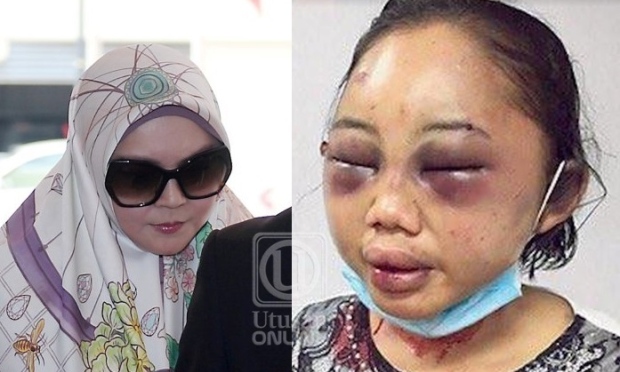 BUKIT LANJAN: High Court jails ‘Monster Datin’ eight years … but no closure to case yet
The Attorney-General’s Chambers (A-G) or the prosecution has acted with urgency to quell the growing public anger after a “Datin” escaped a jail sentence for abusing and assaulting an Indonesian.

The prosecution worked swiftly to appeal against the good behaviour bond imposed by the Petaling Jaya Sessions Court and the High Court today (March 29) revised the sentence to eight years’ jail for Datin Rozita Mohamad Ali.

“I wish to congratulate the prosecution for giving the case urgency to reaffirm public confidence in the judicial system. The eight-year jail sentence is most appropriate to serve justice,” Gerakan Deputy Speaker Syed Abdul Razak Alsagoff said.

“However, the case has not seen a closure. The Datin is appealing against the jail sentence with the Federal Court.

“Until then, Malaysians will continue to monitor the progress of this highly public interest case of maid abuse and assault,” he added…
Post a Comment
Read more

Unemployment in Malaysia [Infographic]
Michelle Leo
19 Jan 2016/
Career Planning, Infographic, Jobs, Unemployment
“Study hard. Get a degree. Find a good job. Live happily ever after.” Sounds familiar? Every year, over 200,000 students graduate from institutions of higher learning. Shockingly, 1 out of 4 graduates remain unemployed 6 months after graduation, with the majority being Degree holders. These graduates make up 35.3% of those who are unemployed. Here’s the hard truth — being a university graduate no longer guarantees you a job. As the number of graduates continue to climb each year, students are facing tough competition amidst a shaky economy. In this infographic, find out the truth behind why fresh graduates are unemployed in Malaysia, and learn about what you can do as a student to increase your employability! … for more, go to https://eduadvisor.my/articles/what-didnt-know-fresh-graduate-unemployment-malaysia-infographic/ 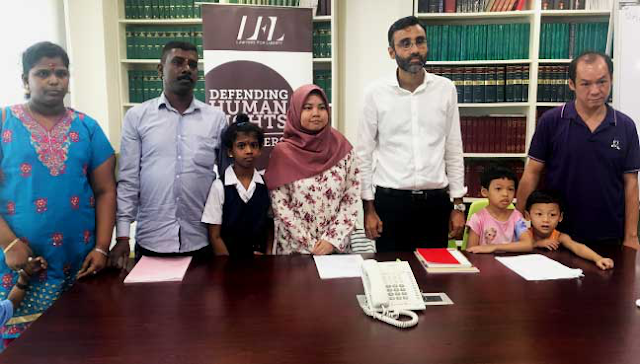 If they are born in Malaysia, what is the beef with the NRD?

“The NRD must now take immediate action and make it their priority to ‘free’ such children from their misery. Be more humanitarian in the discharge of your responsibility and duty,” Gerakan Deputy Speaker Syed Abdul Razak Alsagoff said.

“The recent two cases of such stateless children achieving academic excellence, scoring straight A’s in the STPM and SPM should serve as a wake-up call to the authorities to act swiftly to end their plight and misery.

“I am pretty sure the two cases are just the tip of the iceberg,” he added. (Note, see below: There are about 300,000 stateless children in Malaysia) 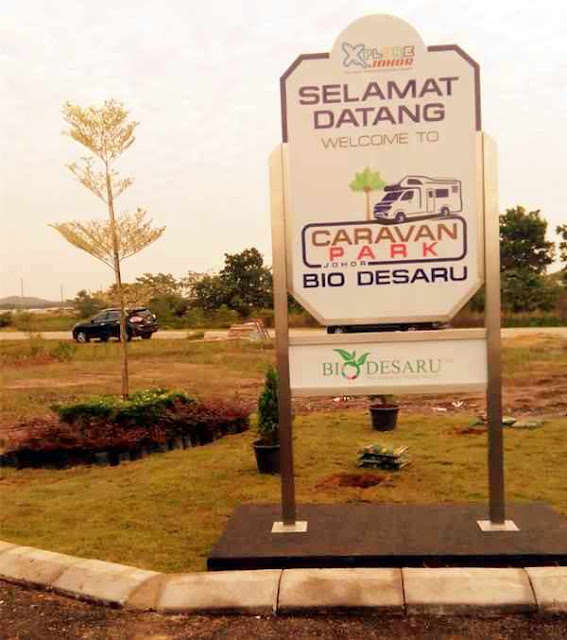 The introduction of caravans and parks will benefit not only foreign tourists but also locals.

“Those who oppose the introduction of caravans and parks in the market have no really good reason to do so,” Gerakan Deputy Speaker Syed Abdul Razak Alsagoff said.

“Safety and security issues are already a concern with or without caravans,” he added.

Syed Razak said accommodation in hotels were getting more and more expensive for travellers and holidaymakers, including Malaysians.

“Using caravans may not be just cheaper, it is more practical, convenient and gives travellers a wider view of Malaysia’s attractions. They can spend more t…
Post a Comment
Read more

BUKIT LANJAN: Using handphones while riding and driving - Jail them? 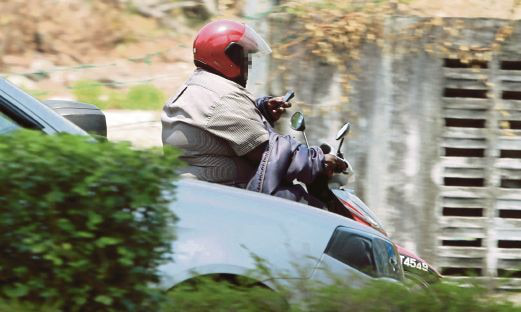 BUKIT LANJAN: Using handphones while riding and driving - Jail them?
The Bloomberg news feature titled “Laws aren’t stopping cellphone-using Americans behind the wheel” should capture the attention of the rest of the world governments.

If the use of cellphones behind the wheel has become a national worry in an educated and developed nation, what more in others?

“The problem is not unique to the US. It is a global problem and Malaysia is no exception,” Gerakan Deputy Speaker Syed Abdul Razak Alsagoff said.

He said the use of mobile phones while driving and riding had not only become the main cause of road accidents in the country, “it is a growing concern and problem”.

“In fact, it is arguably the fastest growing traffic offence nationwide. And, it appears to be growing unabated,” he added.

“Just like what is happening in the US, laws banning handheld phone use behind the wheel seem to have little effect in Malaysia.

“It is no easy task to keep one, two or more steps ahead of terrorists and their operatives or organisations,” Gerakan Deputy Speaker Syed Abdul Razak Alsagoff said.

He said Malaysians should be relieved and thankful to their police for its continuous efficiency in the fight against terrorism.

Syed Razak said the latest detention and arrests of terror suspects “is yet another testimony that terrorists are trying to make Malaysia their base of operation for Southeast Asia and Asia”.

“The concern for public safety is thus natural. But what should be more worrying is about Malaysians being roped into terror cells.

“We should even be be worried about Malaysians being brainwashed and influenced into providing support to terrorists and the spread of terrorism,” he added.
Syed Razak, w…
Post a Comment
Read more
More posts