BUKIT LANJAN: After a year, only 107 offenders listed in Child Registry?

BUKIT LANJAN: After a year, only 107 offenders listed in Child Registry?

It is a shocking revelation in Parliament that the Child Registry that was set up about a year ago only has 107 offenders listed.

And, Deputy Women, Family and Community Development Minister Azizah Md Dun said the offenders’ information was retrieved from the police.

“Is that all? Was the police force also set up about a year ago?” Gerakan Deputy Speaker Syed Abdul Razak Alsagoff said.

“Does anyone believe Malaysia has only 107 offenders who abused children? Take the registry seriously.

“Those responsible for setting up and maintaining the registry are obviously slacking,” he added.

Syed Razak, who is Gerakan’s nominee to contest N.37 Bukit Lanjan in the coming 14th General Election (GE14), said: “Don’t set up the registry just for show. Give it its due importance.

“Those with a history of child abuse must be monitored to protect children and workplace. That is the importance of a Child Registry.”

This was what the ministry revealed in Parliament as posted by The Star Online:

"More than a hundred offenders listed in Child Registry 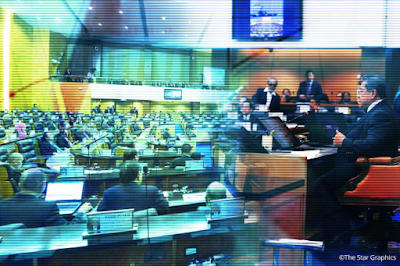 KUALA LUMPUR: A total of 107 offenders have been listed in the Child Registry after having been found guilty of various offences against children, said Deputy Women, Family and Community Development Minister Datuk Azizah Md Dun.

She said the offenders’ information, which was retrieved from the police, as well as the action taken against them will remain in the registry for authorities as a reference in case they intend to work or serve in sectors involving children.

“The data will be updated from time to time,” she told Wong Chen (PKR-Kelana Jaya) during Question Time in the Dewan Rakyat on Wednesday.

Wong had asked the Ministry to reveal the latest statistics recorded in the Child Registry.

Azizah said the offences were not limited to sexual crimes but also include abuse, negligence, and the use of children as beggars and other illegal activities.

She said the names of offenders listed in the Child Registry is currently private and confidential, and will not be made available to the public.

“The information is for the use of relevant authorities, specifically for vetting purposes across various working sectors involving children,” she said.

However, she said access to the Child Registry can be given to those involved in research and to certain individuals trying to protect children, on a case-by-case basis pending the approval of her Ministry’s director-general.

Asked if there was any intention to make the information public, she said the registry was only in its initial stage as it had only been implemented about a year ago.

“At the moment, it is still confidential and not available to the public, but we can discuss it further when the time comes,” she said.

At a press conference later in Parliament lobby, Wong said he was shocked that the number of offenders registered in the Child Registry was still so low.

He said it was important to measure the effectiveness of the Child Registry and urged the Ministry to come up with annual reports on it."