BUKIT LANJAN: There are also good and bad apples in NGOs

BUKIT LANJAN: There are also good and bad apples in NGOs

The World Wide Fund for Nature (WWF) Malaysia, founded in 1961, has been hit by alleged sexual harassment charges.

With more victims emerging to make similar allegations against WWF-Malaysia, the credibility and integrity of the non-governmental organisation (NGO) have been jolted.

“This shows there are good and bad apples in any organisation. The lesson to learn from such damning allegations is that administrations must never ignore allegations of wrongdoings,” Gerakan Deputy Speaker Syed Abdul Razak Alsagoff said.

He said such NGOs survive on financial support from the public, private and government sectors.

“If they cannot even keep their house in order, why should anyone or organisation even continue to support such an NGO?” he asked.

Syed Razak said any NGO or organisation must uphold the rule or righteousness.

“When a negative allegation arises in an NGO or organisation, it must not be taken lightly. It must act to unravel the truth and take immediate and appropriate action,” he added.

Syed Razak, who is Gerakan’s nominee to contest N.37 Bukit Lanjan in the coming 14th General Election (GE14), said actions must be taken swiftly to maintain the credibility, reliability, integrity and image of any NGO or organisation.

“Any delay in action will be fodder for scandalous exposes. Act fast and public confidence in the NGO or organisation will remain intact, if not raised,” he added.

Former WWF-Malaysia employees recount alleged experiences with ex-supervisor, with one saying that her reports to the HR department seemed to be in vain. 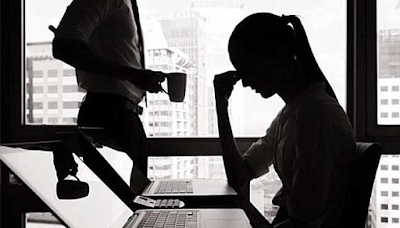 The women claim that since the ex-supervisor was only dealt with behind closed doors, he kept repeating his antics.

On Thursday, FMT reported a former WWF-Malaysia staff alleging that her then-supervisor had made remarks about her body and suggested that they share a room when attending a workshop overseas.

The victim, who only wanted to be known as Dana, also said that threats were made over her work when she refused the offer.

Another former employee, Laura (not her real name), has since alleged that the same individual had on several occasions discussed sex when they were alone.

She said that on one occasion he spoke about his sex life as they were making their way back to Kuala Lumpur from Kelantan after working on a conservation project.

“I told him to stop and he got upset. He then stopped at an R&R (rest and recreation area) and told me to find my own way home,” she told FMT.

Laura said that the supervisor, who she claimed had also touched her inappropriately on a couple of occasions, made her life at work very difficult after the incident.

It came to a point that she almost had a miscarriage due to depression, she said.

The supervisor had once also suggested that they share a room during an assignment in Singapore, she alleged.

She said she had reported the matter to the human resources department, but felt it was in vain as he allegedly carried on with his antics, often preying on new staff.

“I was angry because he could do such a thing and get away with it because he was an asset to the company,” she said.

The mother of three, who left WWF in late 2010, said she was still angry, and was affected upon reading about Dana coming forward with her story.

“I have a daughter and a little sister and I don’t want this to happen again,” she said.

Laura, however, said the situation improved when two new supervisors joined the organisation, with one even reprimanding the harasser.

She said she felt a little safer, but because the supervisors dealt with the matter behind closed doors the individual kept repeating his antics.

She said WWF could have handled the issue better.

“Why protect him despite the many allegations?” she said.

Another former employee, Fauziah (not her real name) recalled how her colleague at WWF had sexually harassed her by describing the colour of her bra which he claimed to have accidentally seen.

Fauziah said she was caught off guard by his comments as she was wearing a baju kurung and tudung at that time.

“A few days later he came to my workstation and started to recall what he saw, and told me that he couldn’t sleep after that day and that he kept thinking about me. He even told me he would marry me if I wasn’t already married,” she said.

Fauziah, however, said he stopped making such comments after she reprimanded him.

Meanwhile, Rahayu Zulkifli who was previously attached with the NGO said in a Facebook post that other ex-colleagues had contacted her and shared their experiences of being sexually harassed at different times by different people in WWF-Malaysia.

Many victims, she said, chose to keep silent for various reasons, including fear of repercussion and not being aware of their rights.

“It is hoped that following the exposure of this sad episode, the complaints and investigation system and procedures everywhere are further improved to be more effective, empathetic and victim-friendly,” said Rahayu, who was in charge of a turtle conservation programme in Terengganu.

On Thursday, WWF-Malaysia said it would be taking immediate action on the matter as it treated any allegation of misconduct by any staff “extremely seriously”, including ones brought forward by former staff members.

WWF-Malaysia executive director Dionysius Sharma, who labelled the allegations “troubling” said it would investigate the matter and reach out to those who felt victimised.

Sharma said this in response to a query from FMT on the claims first made on Facebook by a former employee who said the organisation had covered up alleged sexual harassment towards a female junior personnel and swept complaints against the perpetrator under the rug.

“We are committed to listen to them and reassure them that we will do our best to address the grave concerns they have raised. We are committed to ensuring that we adopt a duty of care for the people who place their trust in us, and this includes former employees,” Sharma said, adding that WWF-Malaysia has a zero-tolerance approach to harassment."