“Malaysia is striving to achieve developed nation status. And that can only succeed with clean and transparent governance,” Gerakan Deputy Speaker Syed Abdul Razak Alsagoff said.

He said there was no reason for sincere and honest politicians and leaders to fear transparency in any level of public administration.

“This will also entail support to calls for transparency and public disclosure of assets of elected and public officials. These will obviously raise the confidence of the rakyat (people) and foreign investors in the government’s integrity and good governance,” he added.

The following are two news reports posted by the New Straits Times on corruption and abuse of power for all to chew on:

KUALA LUMPUR: The Malaysian Anti-Corruption Commission (MACC) wants the government to declare corruption and power abuse as the country's number one enemy.

During a dialogue session with senators which also attended by Datuk Seri SA Vigneswaran in Parliament today, Dzulkifli said all these issues could tarnish the country's image in the eyes of the world.

“One of the reasons why corruption and power abuse still exist is because enforcement agencies fail to carry out the responsibilities entrusted to them,” he said.

Dzulkifli requested the senators to lend their courage and support and be with the Commission to urge the government to declare corruption as the country's number one enemy. 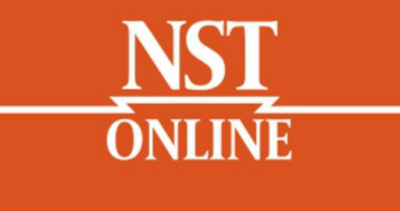 FOR years, there have been calls for transparency and public disclosure of assets of elected and public officials, as these will improve the confidence of the people and foreign investors in the government’s integrity and good governance.

According to the 1999 Organic Act on Counter Corruption, political office-holders and high-ranking public officials in Thailand must make full disclosure of assets and liabilities, including those of their spouses and minor children.

The National Counter Corruption Commission is responsible for publishing the financial disclosures of public officials in the Government Gazette.

Filipinos have the right to review financial disclosures of public officials and employees, including their spouses and unmarried minor children living in their households, pursuant to Section 8 of the 1989 Code of Conduct and Ethical Standards for Public Officials and Employees.

The Philippine Center for Investigative Journalism has posted the asset declaration of Congress and the cabinet members online. The aim of the declaration of assets is to prevent corruption. It is also to increase transparency and the trust of the public administration, to prevent conflicts of interest, illicit enrichment and false accusation of their wealth and to monitor wealth of politicians and public servants.

This is a valid demand because they hold power over allocation of resources and their salaries are paid through taxes.

Political parties were ranked as the most corrupt among top six key institutions in Malaysia, ahead of the police and civil servants, based on the Malaysian Corruption Barometer (MCB) 2014. Therefore, it is even more important for such entities and connected individuals to declare their assets.

Studies show that an asset declaration open to public scrutiny helps ensure leaders do not abuse their power for personal gain.

The declaration of assets should not only be done periodically and kept on record by an effective independent body but it is also appropriate to have forensic accounting experts and investigators monitor the assets periodically.

An asset-profiling system should be introduced to determine how many assets personnel are expected to have based on their positions, years of service and their present and past emoluments.

Asset profiling should include those of their spouses, dependents and immediate family members along with any business interest, or institutions they may be part of.