BUKIT LANJAN: Is amending the Penal Code to mete out whipping on sexual abusers the cure-all?


BUKIT LANJAN: Is amending the Penal Code to mete out whipping on sexual abusers the cure-all?

So, Parliament has amended the Penal Code to make whipping mandatory when sentencing sexual abusers or assailants.

Many Malaysians, including social activists and non-governmental organisations (NGOs), have lauded the amendments which have basically enhanced the punishments to be meted out on rapists and sexual abusers.

“All the amendments did is to ensure that those found guilty of committing sexual crimes get heavier and more painful sentences.

“But, are we expecting the amendments to bring the desired results? Not even the death sentence has helped reduce or eradicate drug smuggling and firearms offences,” he added.

And for your information, a whopping 37,263 rape cases, involving girls as young as six were reported from 2000 until 2015 in Malaysia!

Syed Razak said education and counseling to raise awareness of girls and women to protect themselves were still the better efforts to help curb sexual offences.

“Education and counseling should be focused on raising the alertness of girls and women to be wary of sexual predators. They should also be taught how to remain calm and how to fight off and flee from their assailant.

“That must also include some basic knowledge on martial arts to ward of their attacker or create opportunities to flee, and the use of pepper and mace sprays,” he added.

Syed Razak, who is Gerakan’s nominee to contest N.37 Bukit Lanjan in the coming 14th General Election (GE14), said the federal government should, therefore, allocate more allocation for community forums and activities that can help raise the personal safety awareness and alertness of girls and women.

“Only both state and federal governments have the funds and reach to initiate aggressive activities via community leaders and elected representatives,” he said, stressing that Prevention Is Better Than Cure.

He also urged governments to seriously consider stepping up education and counseling community activities which, at the same time, can also help forge neighbourhood and national unity.

Here are two news reports posted by New Straits Times and The Star Online on the Penal Code amendments in Parliament, and statistics from ASKLEGAL:

KUALA LUMPUR: The Penal Code (Amendment) Bill, which introduces whipping as mandatory for specified sexual offences and domestic violence, was passed by the Parliament tonight.

It was passed without any changes.

Deputy Minister in the Prime Minister’s Department Datuk Razali Ibrahim said with the whipping punishment, it would show the seriousness of the government in dealing with such offences.

“Our priority is to protect the weak and (whipping) will serve as a deterrent,” he said when winding up the debate.

Razali said the bill will leave it to the discretion of the court to decide on the number of strokes to be handed down to offenders upon conviction.

Under Clause 2, the bill includes obscene documents as part of the things prohibited to be sold under Section 292 of the Code. For this purpose, such documents will include obscene online contents. - NST Online

Sexual assault laws to be made clear

KUALA LUMPUR: Following the passing of the Sexual Offences Against Children Bill, the Penal Code will be amended to plug the loopholes in existing sexual assault laws.

The Government hopes to table the proposed amendments to the Penal Code (Amendment) Act 2017 for its second and third readings before Parliament ends this week, said Minister in the Prime Minister’s Department Datuk Seri Azalina Othman Said.

“I hope by tomorrow or the day after,” she said when met at her office yesterday.

The Bill, tabled on Monday for its first reading, sought to amend Section 377CA of the current Penal Code (Act 574) to make it an offence to insert any object or part of the body other than the penis into the victim’s private parts.

Such sexual assaults by objects or body parts will be punishable by a jail term of between five and 30 years and whipping.

The proposed amendment is in line with the decision of the Court of Appeal in the case of Shafiee Awang whereby the court decided and interpreted that a finger is included in the definition of “object” under Section 377CA of Act 574.

The legislation also evoked the finger-rape case of Bunya Jalong, then 60, who was acquitted and discharged by the Court of Appeal in May 2015 of raping a minor in Sibu in 2011.

Bunya denied raping the girl as there was no penile penetration but admitted that he had inserted his semen-smeared finger into her vagina, resulting in her pregnancy.

The acquittal sparked many calls for the current definition of rape to be amended.

Earlier, the Dewan Rakyat passed the Sexual Offences Against Children Bill 2017 with several amendments after a gruelling two-day debate.

The Bill introduced a new clause which seeks to allow the court to order rehabilitative counselling and police supervision on a person convicted for any offence under the Bill.

The proposed Bill also amended Section 18 which presumes that a child is competent to give evidence unless the court thinks otherwise.

In its replacement is that the court may convict a perpetrator on the basis of uncorroborated evidence of a child, given upon oath or otherwise.

Asked how soon the Bill would come into force, Azalina said it would go through the usual process of being debated and passed in the Dewan Negara and subsequently receiving the royal assent.

Teo Nie Ching (DAP-Kulai) insisted child marriages be included as an offence under this Bill but it was not accepted.

Azalina said while she understood the concerns of the lawmakers, who are also practising lawyers, the Government would not budge from its interpretation on the sections.

“If we continue to debate this way, it sounds like the Opposition lawmakers are defending the perpetrators and not protecting the victims who are children,” she said.

To this, Dr Michael Jeyakumar (PSM-Sungai Siput) said the minister’s statement “hit below the belt” as everyone supported the Bill and only wanted it to be free of loopholes. - The Star Online 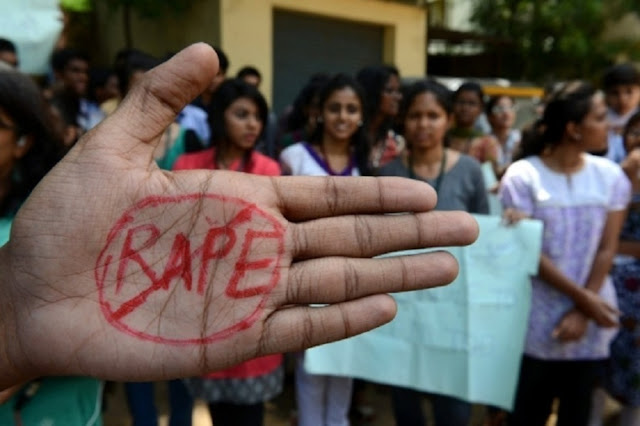 There is a whopping number of 37,263 rape cases, involving girls as young as six, reported from 2000 until 2015. This which means there is an average of eight rape cases reported daily in the country, statistics based on a Parliamentary reply to Batu Kawan MP Kasthuri Patto last year.


The shocking statistics showed more than half of the total rape cases were committed against minors between the ages of 13 and 15, with up to 16, 265 victims and followed closely behind by 10, 289 victims over the age of 18.