BUKIT LANJAN: Foreigners currently own only 0.7% of property in Malaysia

BUKIT LANJAN: Foreigners currently own only 0.7% of property in Malaysia

Statistics show foreigners currently own only 0.7% of property in Malaysia.

Where then is the justification to claim that the sale of property to foreigners is jeopardising or depriving locals from owning houses or homes?

Also, where is the justification to claim that the selling of property to foreigners is selling out Malaysia’s sovereignty?

Gerakan Deputy Speaker Syed Abdul Razak Alsagoff said instead of worrying about selling property to foreigners, “Malaysians should be more worried about the property market’s stagnation”.

He said themalaymail online report, quoting an industry expert as saying that the property glut may last as long as 10 years, “is more worrying”.

“This affects the domestic market and thus also affects the country’s Gross Domestic Product (GDP). The domino effect from such a slowdown on the domestic economy is devastating, to say the least,” he added. 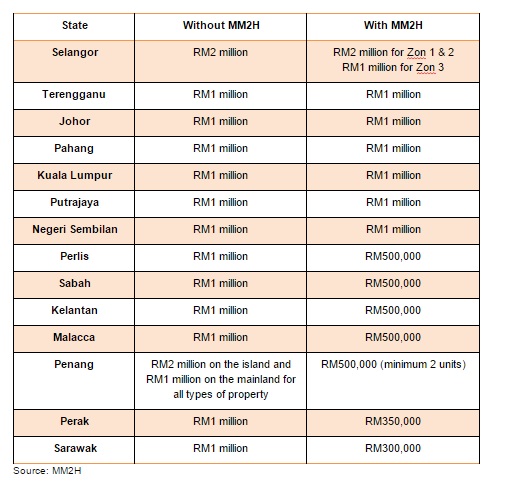 Syed Razak, who is Gerakan’s nominee to contest N.37 Bukit Lanjan in the coming 14th General Election (GE14), said Malaysians should worry about the real issues and not “unreliable news spin offs” by the “prophets of doom”.

He said no government in the world would do anything to jeopardise its sovereignty nor deprive its citizens of chances of owning a home.

Here are two news reports for readers to chew on:

KUALA LUMPUR: The government has given its assurance that foreign property ownership in the country will not jeopardise locals' chances of owning homes.

Deputy Finance Minister Datuk Lee Chee Leong said this is because the number of properties owned by foreigners in the country, based on housing, commercial and industrial transaction statistics between 2012 and 2016, obtained from the Inland Revenue Board (IRB) through the evaluation of stamp duties, is very low.

"This shows that the percentage of foreign property ownership has dropped," Lee said in reply to a question from Senator Chia Song Cheng in the Dewan Negara today.

Chia had asked about the number of local properties owned by foreigners from 2012 until now, the price reach of these properties, and if these foreign investments are jeopardising locals' chances of owning a home or getting a job.

Lee said based on the policy in place, foreigners can only purchase properties priced at RM1 million and above.

He said records show that unsold housing properties, priced over RM1 million, increased from 413 units in 2014 to 2,116 last year.

"Based on this policy, and the percentage of ownership transfer to foreigners in various property sectors standing at less than two per cent, we can conclude that locals still have the opportunity to own homes," he added.

Property consultant Ahyat Ishak said a similar slowdown took place from 2000 and 2009, adding it was possible that this could be the start of another such cycle.

“In 2000, no one could tell the market will remain sluggish until 2009,” he said at a forum organised by the Real Estate and Housing Developers’ Association Malaysia (Rehda) titled “Property Forum 2017: Status Quo or Road to Recovery”.

Others in the panel were surveyor Malathi Thevendran, Maybank head of consumer finances Abdul Razak and economist Dr Kamaruddin Mohd Nor.

None of the other panellists would predict the sector’s direction beyond 2017."