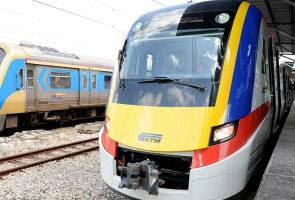 Wow! Keretapi Tanah Melayu Berhad (KTMB) has taken the lead to raise its staff’s minimum monthly wage from RM1,000 to RM1,200 beginning next month (May 2017).

Gerakan Deputy Speaker Syed Abdul Razak Alsagoff said gone were the days when the private sector was the choice employer of Malaysians.

“Today, more Malaysians are applying for jobs in the public sector. This is because the remuneration of civil servants have risen significantly.

“The public sector also appears to be more stable and reliable than the private sector which has been depressing wage growth for decades,” he added.

Syed Razak said: “It is most illogical for the private sector to continue to object to the minimum wage policy, especially those companies or conglomerates which are reporting multi-million-ringgit annual profits.

“Such companies or conglomerates are just plain selfish, greedy and uncaring to its workers or employees.” 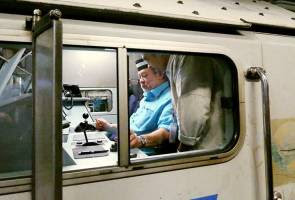 “Don’t just focus on ballooning annual profits at the cost of your employees or workers. Don’t try to exploit them. Always remember they are also humans like you and they need to fight inflation and feed their loved ones.

“Reward them justly and productivity will surely be raised,” he added.

862 employees of the KTMB workforce will benefit from the salary revision beginning May this year. 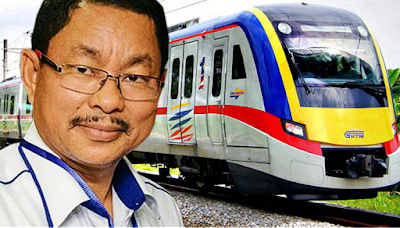 Its chairman Nawawi Ahmad said 862 employees or 15% of the KTMB workforce would benefit from the salary revision.

“Its covers adjustment to the basic salary, employer’s contribution to the Employees Provident Fund (EPF) and Social Security Organisation (Socso),” he said in a statement here today.

Last February, Prime Minister Najib Razak dictated to the Bumiputera Economic Council that all companies under the Minister of Finance Incorporated must set a minimum monthly wage of RM1,200 by July, 2017.

Nawawi said KTMB’s top management decided to enforce the revision earlier, in appreciation of its hardworking staff, “and as an early gift particularly for those earning lower income”.

In early April, Najib who is also Finance Minister approved a salary revision of 13% for all KTMB non-executive staff through the government-linked company and KTMB Workers Union’s 8th agreement.

A revision of 7% was also set for executive staff through a sixth agreement between KTMB and the KTMB Senior Officers Association."