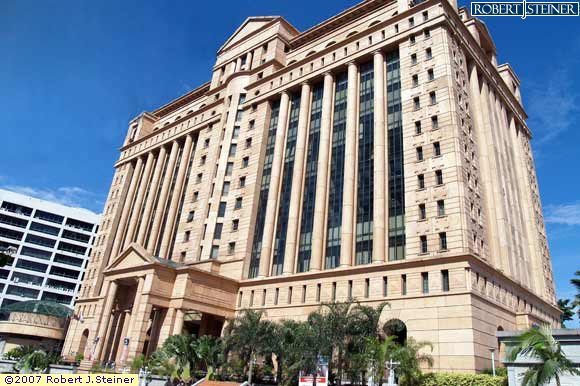 Those who have been claiming and predicting that Malaysia’s economy is set to go bust must surely be very, very disappointed.

Not only do they have to “eat their own words”, these Malaysian political prophets of doom have no statistics and facts to show that the country is indeed going bankrupt.

They now have no way to argue their case to back up their claims or to justify continuing to malign Malaysia’s economy.

“It also reported on Monday (April 10, 2017) that it has now been nine straight weeks of foreign buying on Bursa during which RM6.1 billion made its way into Malaysian shores, though the recently ended week was below the RM1 billion mark.

He said the consolidation of Bursa showed that foreign investors had not lost “faith and confidence” in Malaysia’s economy.

Syed Razak, who is Gerakan’s nominee to contest N.37 Bukit Lanjan in the coming 14th General Election (GE14), said given the current sluggish global economy, “Bursa’s recovery is nothing short of impressive”.

He said Malaysians should continue to help contribute to nation-building, “not run down their own country’s economy”.

“What do the political doomsayers hope to achieve by constantly running down efforts to heal the economy, efforts to attract mega multi-billion-ringgit investments from foreigners?” he asked.

Here’s what MIDF reported as posted by The Star Online: 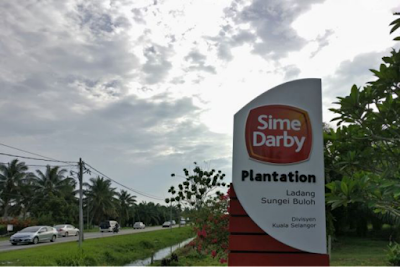 KUALA LUMPUR: Foreign funds continued to accumulate stocks on Bursa Malaysia in the week ended April 7, with net buying at RM645.30mil, according to MIDF Research.

It said on Monday it has now been nine straight weeks of foreign buying on Bursa during which RM6.1bil made its way into Malaysian shores, though the recently ended week was below the RM1bil mark.

“Year-to-date, the cumulative amount is slightly higher at RM6.39bil. The inflow this year has already offset the estimated net outfl ow of RM3.01b in 2016,” it said.

Elaborating on the fund flow, MIDF Research Foreign investors continued to pump liquidity into stocks listed on Bursa albeit at a tapered rate last week.

“Foreigners purchased RM645.3mil net in the open market (excluding off market deals), dipping below the RM1bil mark after three weeks during which the net amount purchased averaged RM1.33bil,” it said.

MIDF Research said net foreign purchases were recorded in four out of five trading days. The buying peaked on Tuesday at RM337.2mil, the fourth highest in a day this year, coinciding with the recovery in crude oil price which closed above the US$54 per barrel level for the first time since March 7, 2017.

However, last Thursday, the 19-day buying streak was snapped as foreigners offloaded RM116.7mil net. Nevertheless, the deficit was more than offset the following day as foreign buying resumed on Friday.

Despite the tapering of purchases, foreign participation in Bursa in general remained high last week as it increased by 3.6%.

As for the retail market, it remained vibrant as the retail ADTV soared to RM1.33b, 31% higher than the week before, marking the fifth week it exceeded RM1bil. It was the highest recorded since the week ended Aug 22, 2014.

MIDF Research said Sime Darby registered the highest net money inflow of RM25.37mil last week. Its share price advanced by 0.43%, outperperforming the FBM KLCI which increased by 0.09% during the week under review.

As for CIMB Group, it recorded the second highest net money inflow of RM23.78mil. Its share price however underperformed against the FBM KLCI with a -1.97% loss.

“On this score, it is notable that the net infl ow amidst declining share price indicates a buy on weakness (BOW) stance among some investors,” MIDF Research pointed out.

Nestle saw the third highest net money inflow of RM20.98mil. Its share price outperformed against the benchmark index with a 0.63% gain during the review week."