BUKIT LANJAN: Yet another landmark ruling that the government is not almighty … 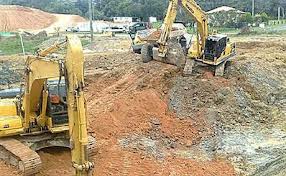 BUKIT LANJAN: Yet another landmark ruling that the government is not almighty …

It was satisfying to read news the Federal Court has ruled that the power to decide on compensation under the Land Acquisition Act has been returned to High Court judges.


This means there is negligible chances of the Act being abused by the government and its assessors.

The Federal Court, in a landmark decision, ruled that a provision in the Act contravenes the Federal Constitution and thus the power to decide on compensation is now in the hands of High Court judges.

“This is really a refreshing Federal Court decision that had clearly been made without fear or favour of the government of the day,” Gerakan Deputy Speaker Syed Abdul Razak Alsagoff said.

He said the Federal Court decision had thus made compulsory land acquisition and compensation cases far more transparent and fairer to both parties.

“This is only natural, as the High Court judges command more confidence in land or property owners because it would be a third or neutral party when deciding on the amount of compensation.

“The decision has removed government-appointed assessors as the sole party to decide on the amount of compensation. Assessors are naturally deemed interested parties with the government,” he added.

Syed Razak, who is Gerakan’s nominee to contest N.37 Bukit Lanjan in the coming 14th General Election (GE14), said the Federal Court decision “is akin to separation of powers”.

“This decision shows the Executive is not always the almighty in governance. This bade well to Malaysians and Malaysia,” he added.

Ruling that a provision in the Land Acquisition Act is against the Federal Constitution, the Federal Court gives power to decide on compensation, now in the hands of assessors, to High Court judges. 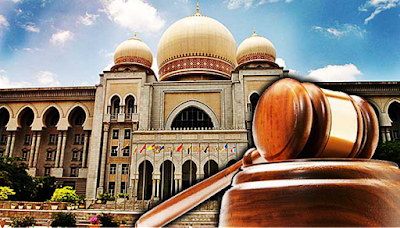 PUTRAJAYA: The Federal Court, in a landmark ruling today, held that a provision in the Land Acquisition Act which gives two assessors the right to decide on compensation is against the Federal Constitution.

Justice Zainun Ali said this was because Section 40 (A) of the act impinged on judicial power, as only constitutionally appointed judges could make a decision on compensation.

“As such Section 40 (A) is ultra vires Article 121 of the Federal Constitution and must be struck down,” said Zainun, who delivered the unanimous judgment of the five-man bench.

Others on the bench, led by Court of Appeal president Zulkelfi Ahmad Makinudin, were Hasan Lah, Abu Samah Nordin and Zaharah Ibrahim.

Zainun said Section 40 (A) removed the judicial power from the High Court judge and merely required him to rubber stamp the compensation decided by the assessors.

“This provision ignores the role of judges. Compensation should be decided by a judge and no others,” she said in allowing the appeal by a developer.

She said the judge could disagree with the assessors in deciding on adequate compensation.

Semenyih Jaya Sdn Bhd had brought a suit against the Hulu Langat District Land Administrator over low compensation offered to the developer after its land was acquired for the construction of a highway in Kajang in 1998.

Zainun said the single judge who sat with the assessors was not bound by their opinions in coming to a decision.

“In this way, the sanctity of judicial power is preserved,” she added.

Zainun said adequate compensation was also a safeguard entrenched in the constitution, and must be based on market value at that time.

She said today’s ruling only applied to pending and future cases.

The bench ordered compensation on the two cases to be remitted before a High Court judge who could consider the opinion of the assessors but would be independent in making his ruling.

In the appeal brought by Semenyih Jaya, the developer was in the midst of building 57 factory lots when the land was acquired, but during an inquiry, it was only awarded RM20.8 million without taking into account the loss of profits.

Semenyih Jaya had said that RM45 million would be a fair amount.

Prior to 1984, a judge decided the compensation and the assessors who sat with him merely provided advice.

Then, the law was amended for assessors to make the final decision while sitting with the judge, and the compensation amount could not be appealed further.

Semenyih Jaya’s matter was referred to the High Court where two assessors sat with the judge and the developer only obtained an additional RM160,000 for “injurious affection”. Other claims were not taken into consideration.

The Court of Appeal in 2013 upheld the High Court’s decision on the grounds that the quantum of compensation was not appealable.

Many land owners have been looking forward to the outcome of this case as there are currently disputes on the quantum of compensation and the aggrieved party has no remedy for appeal.