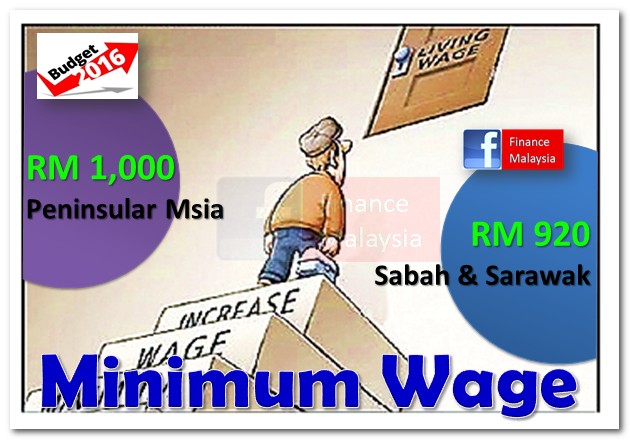 They say it is better late than never to act and rectify problems.


And, yes, it is a long overdue national problem - the issue of wages and salaries, especially the starting pay of workers.

“For Malaysia, it is a case of having neglected the slow growth of workers’ remuneration for decades. Cost of living has been going up at a much faster rate than wages or salaries,” Gerakan Deputy Speaker Syed Abdul Razak Alsagoff said.

He said, as a result, the low-income group or category of Malaysians “is ballooning”

“No? Then why are there more than six million 1Malaysia People's Aid (BR1M) 2017 recipients?” he asked.

“Renting a room today costs between RM800 and RM1,000 a month in the Klang Valley and other urban cities. Do you think that is enough for graduates to start a family? What about the non-graduates?” he asked.

Syed Razak said, despite the low-pay of the majority of Malaysians, employers continue to squeeze and exploit employees, even objecting to the Minimum Wages Order 2016 (MWO 2016).

And MWO is far below the RM3,000 a month BR1M condition for low-income families to qualify for receiving aid. 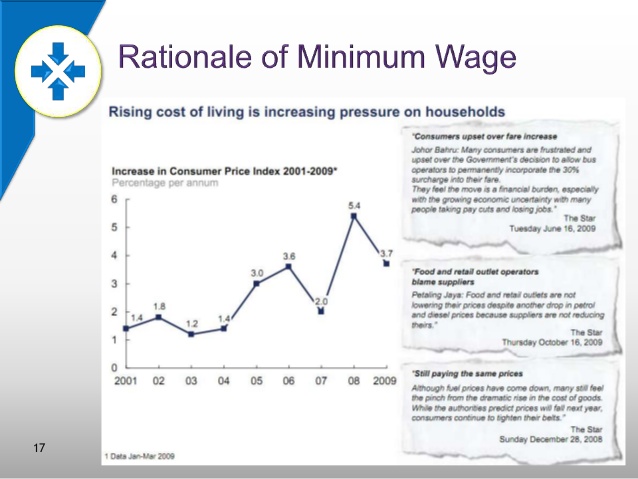 Syed Razak, who is Gerakan’s nominee to contest N.37 Bukit Lanjan in the coming 14th General Election (GE14), said Malaysia should have learned from Singapore’s administration in ensuring workers’ income growth rate increased in tandem with cost of living.

“Failing to do that or take any measure to check the disparity in income and cost of living growth rates has resulted in a huge problem for Malaysians and Malaysia today.

“It is therefore a relief to hear Human Resources Minister Richard Riot revealing that the federal government is in the midst of conducting a detailed study on the starting pay of Malaysian workers,” he added.

The Star Online posted this report from Parliament and another on BR1M last month:

A COMPREHENSIVE study on the starting pay for workers is underway to gauge the impact of the rising cost of living.

Human Resources Minister Datuk Seri Richard Riot said the study will cover all sectors and will look at what employers are offering as starting pay.

“We are in the middle of the National Starting Pay Study which will be published once it’s completed in six months’ time.

“The study will not only look at salaries in the urban centres but also those seeking employment at the district levels,” he said to a question by Hee Loy Sian (PKR-Petaling Jaya Selatan) during Question Time.

Hee wanted to know what was being done to address the disparity in graduates’ starting pay compared to the rising cost of living over the past 20 years.

“Even the cost of a plate of mee goreng has gone up to between RM5 and RM6 compared to RM2 back then.”

He said this meant a slight increase of 1.2% for the period.

“However, the high number of unemployed graduates is a phenomenon affecting most countries.

“This is because graduates are going through the transition process of seeking employment after graduating from universities,” he added.

To a question by Datuk Noraini Ahmad (BN-Parit Sulong), Riot said government-linked companies would have their annual allocation reduced if they failed to hire graduates as apprentices under the 1Malaysia Training Programme (SL1M). 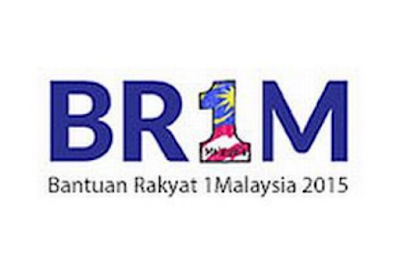 PUTRAJAYA: A total of 6,320,769 applications for the 1Malaysia People's Aid (BR1M) 2017 have been approved, said the Finance Ministry.

It added in a statement on Tuesday that the applications involved an allocation of RM5.41 billion.

"Those who failed in their applications for BR1M 2017 will be receiving a letter or email explaining the reasons and how they can make an appeal," the ministry added.

The appeal can be made free of charge at any Inland Revenue Board (IRB) branches, nearest Hasil service centres or urban transformation centres (UTC) until May 31.

The ministry added that anyone filing an appeal has to fill up an an appeal form and submit the supporting documents, including salary statement, bank account statement (company or individual) and a copy of the spouse or dependents identity card.

It also said that in the case of unsuccessful applications related to Companies Commission of Malaysia (SSM) registration data, the applicant does not need to get any verification from the SSM to appeal.

The applicant only needs to submit a statement of income or bank account to the IRB during the appeal period to confirm the information relating to their income, the ministry said.

Additionally, BR1M recipients who wish to update their personal information, such as their benefactors and mailing addresses, can do so at the nearest IRB, Hasil service centre or UTC branches during the appeal period.

Further enquiries can be made by calling toll-free number 1800-88-2716 or via email to br1m@treasury.gov.my.