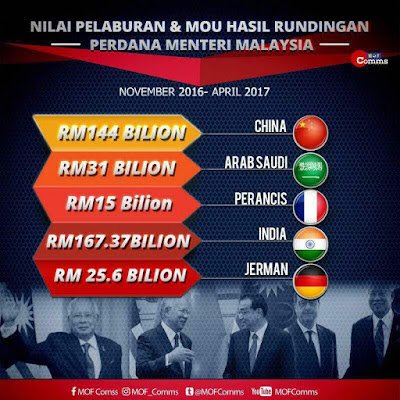 Ultimately, facts are facts. And sooner or later, no matter how much one demonishes them, the reality will dawn on all.


Political doomsayers had for the past two years been propagating that Malaysia is doomed for bankruptcy.

The wild and unsubstantiated attacks got even more vicious when the federal government successfully attracted multi-billion ringgit worth of investments from China - both private and government-to-government ventures.

“The problem with political doomsayers is that they are blind to facts, and are driven by emotions to say and act just to score political points,” Gerakan Deputy Speaker Syed Abdul Razak Alsagoff said.

“Investments are investments. It can only mean money is coming in from both domestic and foreign sources.

“The domino effects and benefits of investments on a country’s economy cannot be denied. Whether an an investment is allegedly flawed with excessive costs or whatever are another matter.

“What matters to citizens and their country are the economic benefits that foreign investments bring in to the beneficiary country,” he added. 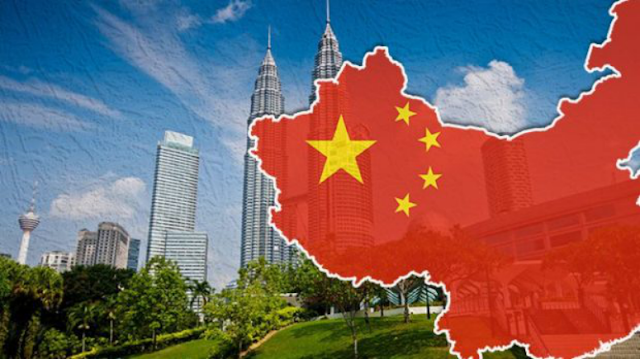 Syed Razak, who is Gerakan’s nominee to contest N.37 Bukit Lanjan in the coming 14th General Election (GE14), said: “I wish to remind political doomsayers. Don’t cut off your nose to spite your face.

“By all means, be constructive in your criticisms. But don’t go about destroying the nation to just score political points.”

He said accusing the federal government of selling off assets and thus the sovereignty of the country via foreign investments “is plain baseless”.

“Foreigners don’t control Malaysia’s governance. It is the rakyat (people) who elects the government of the day every five years who are in control of the country,” he added.

“Malaysia is sold to all the five countries? And independent pollster, Merdeka Centre, has found that some 70% of Malaysians feel positive about China’s presence and investment in the country,” he added.

KUALA LUMPUR: Some 70% of Malaysians feel positive about China’s presence and investment in the country, according to a survey conducted by Merdeka Centre.

Institute for Democracy and Economic Affairs CEO Wan Saiful Wan Jan said the perception in gene ral is positive despite some mixed responses by communal divide.

“When asked whether they feel China is doing more good or harm in the region, almost 70% of the total population answered in the positive,” he revealed at a roundtable discussion on “China’s Invest ment: Economic and Geo-Political Impact” organised by Perkasa yesterday.

The opinion poll was conducted between October and November last year to gauge how Malaysians perceived China’s investments in the country with some 1,200 respon dents across the country.

Wan Saiful said when broken along the ethnic lines, figures show that 76% of Malaysian Chinese feel China will do more good than harm, compared to 65% of Malays.

“Yet, across the board, around 80% feel that China is exerting a positive influence on Malaysia.”

He also noted that 60% of the po pu lation is comfortable with China being the largest investor in the country while 38% believe otherwise.

To a question of whether China’s increasing investment will gene rate economic benefits or increase national debts, Wan Saiful said 49% express confidence for the former.

“Another intriguing response by Malaysian Chinese was to the question whether they believe that China’s presence will bring positive impact to them or their families, 52% of them think they will not benefit,” he said.

Perkasa president Datuk Dr Ibrahim Ali said the Malay rights group organised the roundtable discussion because it is worried about the implications China’s investments will bring.

“We are looking at national security, whether it will have any impact on our labour system and the country’s identity,” he said.

He also urged the Government to introduce a key performance index system to ensure that bumiputra contractors and businesses will not be left out from the mega projects brought in by China."