BUKIT LANJAN: Enough of losing talent and those who can continue to contribute to nation-building

BUKIT LANJAN: Enough of losing talent and those who can continue to contribute to nation-building

The Star Online news headline read “Govt has to study viability of extending retirement age past 60”.

And there was also this: “Read the Essay that got a Malaysian-Born Girl Accepted Into All 8 Ivy League Universities”

“I believe anyone should be allowed to continue to work, irrespective of age, if he or she is mentally and physically able to continue contributing to nation-building.

“Why stop a person from working or contributing to nation-building if he or she can use his or her vast experience and skills to contribute positively to community, society and nation,” Gerakan Deputy Speaker Syed Abdul Razak Alsagoff said.

And, he said, the migration of the family of the Malaysian-born girl who was accepted into all eight Ivy League Universities “is surely Malaysia’s loss but others to gain”.

Syed Razak said: “The brain drain is crippling Malaysia’s growth and strive to achieve developed nation status. It is already enough to lose talent via migration.

“Do we want to really lose more, just because of age?” 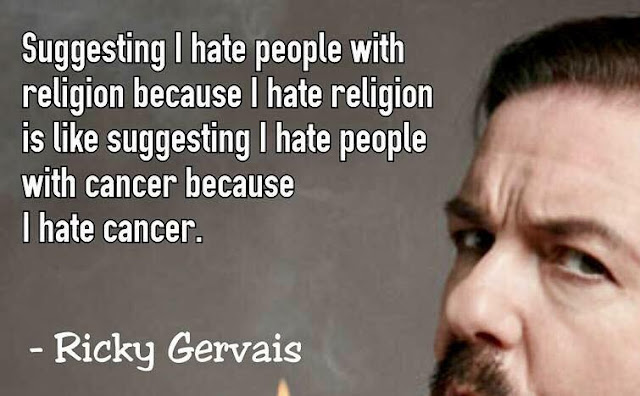 Syed Razak, who is Gerakan’s nominee to contest N.37 Bukit Lanjan, said both state and federal governments must seriously sit down, brainstorm and honestly ask themselves “what is really wrong with Malaysia’s socio-economic progress?”

“For one, there is really too much or even an overdose of racial and religious rhetoric resulting in heightening intolerance.

“Politics and governance is not about race and religion. We are all Malaysians. Period.

“Politics and governance is about nation-building, about constantly updating innovative policies that can trigger a paradigm shift towards positive socio-economic growth.

“Education and talent must be tapped, irrespective of race or creed, to the interest of Malaysians and Malaysia. We can all do away with racial and religious rhetoric and spend all our time and energy in coming up with solid and effective socio-economic development ideas and policies.

“This must include promoting community and social activities and public forums that can forge national unity to focus on positive nation-building activities,” he added.

Here are two articles for Malaysians to digest:

Govt has to study viability of extending retirement age past 60 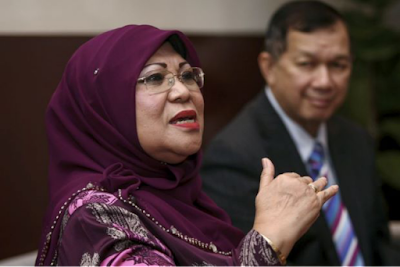 KUALA LUMPUR: The Government has to study the viability of extending the age of retirement past 60, says Datuk Seri Rohani Abdul Karim (pic).

The Women, Family and Community Development Minister said although she has received suggestions to raise the retirement age to 65, it would not happen in the immediate future.

“Though we accept the idea, we need to study it thoroughly.

“It can’t happen immediately. There has to be a lot of engagement and we still need to assess the current system,” she explained.

Speaking at a seminar at the Berjaya Times Square Hotel here Saturday, Rohani explained that extensive research had to be carried out before any amendments to the current retirement age of 60 could be made.

“We only recently raised the retirement age from 55 to 60,” she said.

Rohani explained that the current “support structure”, which includes departments such as the Employees Provident Fund (EPF), is only just adjusting to the retirement age of 60.

She said any suggestions to raise the retirement age would not depend on the decision of her ministry alone, but also other agencies such as the Public Service Department (JPA).

“We have to remember, if we keep on raising the retirement age, those who are supposed to be promoted will also be affected,” Rohani explained.

She said the Government was making efforts to cater to the needs of senior citizens who still want to work past the current retirement age of 60.

According to Rohani, senior citizens over the age of 60 have a different approach to working and want a job with flexible hours. - The Star Online

A 17-year-old girl by the name of Cassandra Hsiao, achieved the incredible feat of being accepted into all eight Ivy League schools. 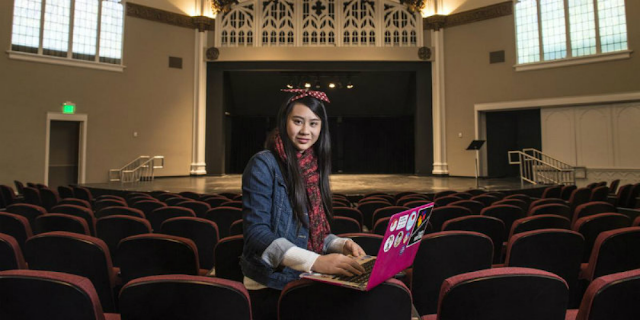 Hsiao, who resides in Walnut, South California, has offers from Harvard, Princeton, Yale, Dartmouth, Brown, Columbia, Cornell and Penn, leaving her with arguably the most pleasant headache of her life, as she decides which world-class institution she wants to join as part of the class of 2021.
Hsiao immigrated from Malaysia at just 5 years old. She’s a first-generation immigrant, and while her resume was impressive beyond all measure, it was her essay about learning English that impressed the universities.

Don’t miss a scholarship! Create a profile with us
Speaking of her impressive resume, her GPA stands at 4.67, while she scored 1540 on her SATs. But her impressive resume somehow gets even better the longer you go on. She’s one of two student body presidents, an editor-in-chief of the school’s magazine and active in her community.

Not satisfied being just good with the books, Hsiao has conducted on-camera interviews on red carpets at film festivals, media screenings and press conferences. She’s even interviewed Captain America himself, Chris Evans!

As promised, here is the much talked about essay that helped Cassandra Hsiao pull of this truly incredible feat.

In our house, English is not English. Not in the phonetic sense, like short a is for apple, but rather in the pronunciation – in our house, snake is snack. Words do not roll off our tongues correctly – yet I, who was pulled out of class to meet with language specialists, and my mother from Malaysia, who pronounces film as flim, understand each other perfectly.

In our house, there is no difference between cast and cash, which was why at a church retreat, people made fun of me for “cashing out demons.” I did not realize the glaring difference between the two Englishes until my teacher corrected my pronunciations of hammock, ladle, and siphon. Classmates laughed because I pronounce accept as except, success as sussess. I was in the Creative Writing conservatory, and yet words failed me when I needed them most.

Suddenly, understanding flower is flour wasn’t enough. I rejected the English that had never seemed broken before, a language that had raised me and taught me everything I knew. Everybody else’s parents spoke with accents smarting of Ph.D.s and university teaching positions. So why couldn’t mine?

My mother spread her sunbaked hands and said, “This is where I came from,” spinning a tale with the English she had taught herself.

When my mother moved from her village to a town in Malaysia, she had to learn a brand new language in middle school: English. In a time when humiliation was encouraged, my mother was defenseless against the cruel words spewing from the teacher, who criticized her paper in front of the class. When she began to cry, the class president stood up and said, “That’s enough.”

“Be like that class president,” my mother said with tears in her eyes. The class president took her under her wing and patiently mended my mother’s strands of language. “She stood up for the weak and used her words to fight back.”

We were both crying now. My mother asked me to teach her proper English so old white ladies at Target wouldn’t laugh at her pronunciation. It has not been easy. There is a measure of guilt when I sew her letters together. Long vowels, double consonants — I am still learning myself. Sometimes I let the brokenness slide to spare her pride but perhaps I have hurt her more to spare mine.

As my mother’s vocabulary began to grow, I mended my own English. Through performing poetry in front of 3000 at my school’s Season Finale event, interviewing people from all walks of life, and writing stories for the stage, I stand against ignorance and become a voice for the homeless, the refugees, the ignored. With my words I fight against jeers pelted at an old Asian street performer on a New York subway. My mother’s eyes are reflected in underprivileged ESL children who have so many stories to tell but do not know how. I fill them with words as they take needle and thread to make a tapestry.

In our house, there is beauty in the way we speak to each other. In our house, language is not broken but rather bursting with emotion. We have built a house out of words. There are friendly snakes in the cupboard and snacks in the tank. It is a crooked house. It is a little messy. But this is where we have made our home.