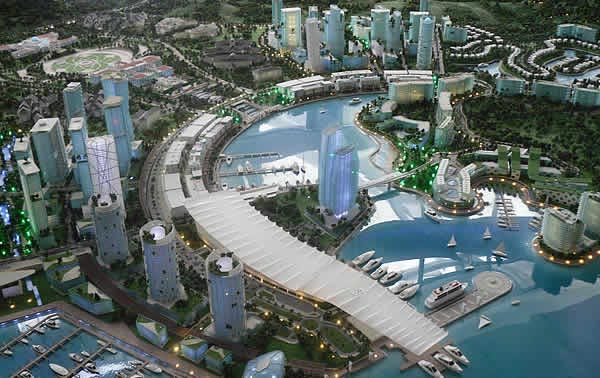 It used to be when the United States of America (US) was looked upon as the most powerful nation by the rest of the world.

Obviously, that notion was taken for granted until today.

“Well. Wake up everyone. The US is not what it used to be and is now, to my opinion, possibly even in third position in terms of economic and military might,” Gerakan Deputy Speaker Syed Abdul Razak Alsagoff said.

“I opine that the US is lagging fast behind China and Russia. What more with the China-Russia combo against the US over geo-economic political domination in the highly strategic South China Sea (SCS).

“While the the US vs China-Russia ‘Cold War’ is being waged over the SCS, the super rich China is also consolidating, if not extending, its economic influence and domination in Asia,” he added.

Syed Razak, who is Gerakan’s nominee to contest N.37 Bukit Lanjan in the coming 14th General Election (GE14), was commenting on an AFP report today (Dec 15, 2016) posted by The Star Online with the news heading “Forbes: Putin is world’s most powerful man, Trump in second”.

“Wasn’t it that the President of the United States was previously referred to as the most powerful man on earth or in the world? What happened to that perception?

“To me, the US had been arrogant for far too long, losing touch with the economic and political reality afflicting the rest of the world,” he added.

Syed Razak said: “It is, therefore, not a folly for Malaysia to lean towards China for mutual economic gains. We should welcome whatever investments into Malaysia, not only from China, but also anywhere else.

“Whoever has the financial might and want to invest in Malaysia should be most welcomed. Malaysians, including those in Bukit Lanjan, will indirectly or directly benefit from such investments in terms of economic spin-offs, job and employment opportunities.”

Syed Razak said racial and religiously bigotry, and nationality had no place in economic development and nation-building.

“It is all about business investment returns to mega ventures that include infrastructure development. And the returns include making Malaysia even that more attractive to foreign investors, thus a more sustainable economic growth for a prosperous Malaysia,” he added.

Here’s the AFP report on Putin as the world’s most powerful man:
"World

Forbes: Putin is world’s most powerful man, Trump in second NEW YORK: Vladimir Putin was the world’s most powerful person for a fourth straight year in 2016, with US president-elect Donald Trump in second place, Forbes magazine said Wednesday in its annual rankings.

”Russia’s president has exerted his country’s influence in nearly every corner of the globe,” the US business magazine wrote.

”From the motherland to Syria to the US presidential elections, Putin continues to get what he wants.”

The 64-year old Russian leader is “unconstrained by conventional global norms (and) his reach has magnified in recent years,” Forbes said.

The magazine wrote that at number two, Trump, who takes over the US presidency in a little more than a month, “has a seeming immunity to scandal, both houses of Congress on his side, and a personal net worth in the billions.”

Trump, who was elected US president last month, was listed 72nd in Forbes’ 2015 power rankings.

Third place this year went to German Chancellor Angela Merkel, who has been at the helm of Europe’s economic powerhouse for 11 years and announced plans to run for reelection next year.

Barack Obama, who placed second in 2015, plummeted to 48th place this year as he waits out the final weeks of his presidency, with his Democratic Party ousted from the White House after Trump’s shock election win and out of power in Congress.

Fourth place went to China’s President Xi Jinping, while the fifth spot on the list went to Pope Francis.Forbes said it assesses the influence of “hundreds of candidates from various walks of life all around the globe” as it compiles its annual list, which this year has on it 74 powerful movers and shakers. - AFP"