BUKIT LANJAN: How many more have to die before any concrete enforcement action is taken to prevent fatal bus crashes? 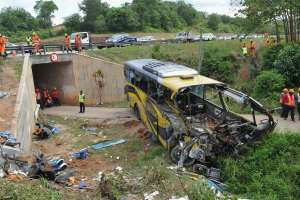 BUKIT LANJAN: How many more have to die before any concrete enforcement action is taken to prevent fatal bus crashes?

Fourteen people were killed when an express bus plunged into a 10m-deep ravine off the North-South Expressway (NSE) near Muar on Christmas Eve 2016.

It’s nothing short of tragedy for the loved ones of the dead but could the bus crash have been avoided?

“The tragedy could have been avoided if there was solid traffic enforcement to deter bus operators and drivers from flouting safety guidelines and SOPs (Standard Operating Procedures),” Gerakan Deputy Speaker Syed Abdul Razak Alsagoff said.

“What is most worrying are news reports that the driver of the ill-fated Goldstar Express bus had only three hours of rest before taking to the steering wheel again.

“If the news reports are accurate, then Goldstar Express and its owner/s must be charged with recklessly operating the bus or even culpable homicide not amounting to murder.

“The least is to have the Goldstar Express owner/s blacklisted for life from operating any form of public transport. It’s an unforgivable irresponsibility,” he added. 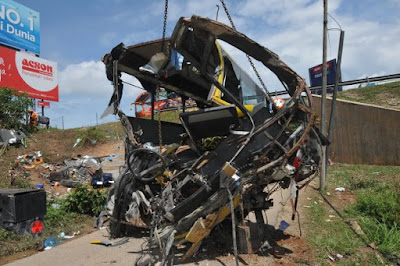 “Yes, no matter how much enforcement or rules, road crashes will still occur. But if the road traffic enforcement is solid and effective, the risks can be reduced.

“Look at how European countries, particularly in Italy, enforce road traffic rules strictly and effectively. No bus driver will dare drive more than nine hours a day,” he added.

The European Union Rules on Drivers’ Hours, enforced since April 11, 2007, states, among others:

“How long must I take for a break? - You must take a 45-minute break. This may be either: an uninterrupted break of 45 minutes; or a 15-minute initial break followed by a later 30-minute break during the 4.5 hour driving limit. During the break, you must not drive or do any other work. The break must be spent exclusively on resting.

How long may I drive each day? - The maximum time you may drive each day is nine hours. This may be extended to 10 hours no more than twice during a week. Driving time includes any off-road parts of the journey where the rest of the journey is made on a public road. Journeys taking place entirely off-road would be considered “other work”."

“What’s so difficult for the Road Transport Department (RTD) to enforce such rulings or guidelines? What’s preventing them from doing so?

“In fact, as what Ravinder Singh has written and published by online news portal Malaysia Chronicle, after the Genting Highlands crash on Aug 21, 2013, the worst ever road tragedy in the country that killed 37 people and injured 16 others, an independent advisory panel was set up to probe the causes.

“The independent advisory panel was then upgraded by the Cabinet and made the National Transportation Safety Board. More than three years later, buses are still crashing and killing innocent people …,” Syed Razak quoted Ravinder Singh.

“I really wonder what type of excuses the RTD and ministry have in dilly-dallying on public road safety after the deaths of the 14 express bus passengers.

“While bus drivers in Europe dare not flout the law because they are liable to a heavy fine or even risk losing their driving licence, why is it that our bus drivers have no fear for the RTD or police?” 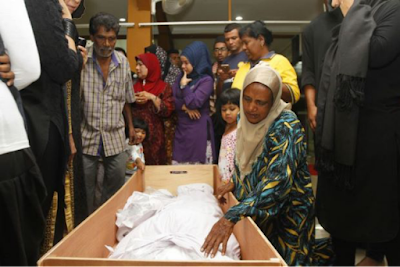 Rasidah (right) bidding farewell to her son Zakeer and granddaughter Nur Natasya at the Muslim cemetery at Masjid Jamek Hashim Yahaya in Jalan Perak on Sunday.

GEORGE TOWN: The driver of the ill-fated bus that took the lives of 14 passengers only had three hours' rest prior to his trip.

His relative Syahril Redzwan, who is a lawyer, said Zakeer Zubir had been driving for nine hours, departing from Penang at 2pm on Friday and arriving in Johor Baru at 11pm.

"He only had three hours' rest before driving again at 2am," he told reporters after the burial of Zakeer, 32.

They were buried in the Muslim cemetery at Masjid Jamek Hashim Yahaya in Jalan Perak on Sunday at 6.40am.

His wife Marsi Kemart, believed to be an Indonesian, was also travelling in the bus. She survived the crash and is now in a hospital in Johor.

Syahril said the family is contemplating taking legal action against the bus company, Goldstar Express, after the authorities have completed their investigation.

Fourteen people were killed and 16 others injured when the bus plunged into a 10m deep ravine along the North-South Expressway near Muar at 4am on Christmas Eve.

Zakeer's uncle, Abdul Shukoor Abdul Rahim, 63, said the family also wanted an explanation from the company as to why Zakeer did not have co-driver.

He said the company's representative had met them on Saturday after the crash but he was not satisfied with their answer.

He also clarified that Zakeer was not an express bus driver before the mishap as was previously reported but had only started working as one three months ago.

"Before he joined the company, he was a factory bus driver and petty trader," he added.

Zakeer's mother, Rasidah Abdul Rahim, 61, told reporters that he went to see her before driving off.

"He told me he was tired of the job and did not want to continue. He couldn't take the strain and wanted to quit.

"Then he asked me to look after his two older daughters because he wanted his wife and baby to accompany him this time," she said.

Rasidah said it was the first time he wanted the company of his wife on a bus trip.

"He said he was bored of the journey and needed his wife as a companion. They brought the baby along because she was less than a year old."

Zakeer also asked his mother to arrange for their mosque to recite prayers at a feast he wanted to hold to celebrate the birthdays of two of his daughters on New Year's Eve.

His four-year-old daughter is celebrating her birthday tomorrow, while Nur Natasya who perished would have turned one on Jan 14. - The Star Online

NO POLITICAL WILL, ALL ‘DEDAK’: HOW MANY MORE MUST DIE BEFORE THE CABINET TAKES ACTION 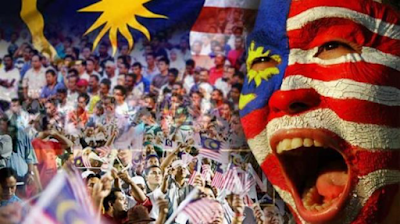 The independent advisory panel was then upgraded by the Cabinet and made the National Transportation Safety Board.
More than three years later, buses are still crashing and killing innocent people. This year alone has seen several crashes.
Recommendations in beautifully bound reports mean nothing if they do not translate into actions that brings about improvement.
Different agencies are responsible for road safety matters – the Road Transport Department, SPAD, MIROS, the police.
These agencies are not laws unto themselves as they have a political master, i.e. the government. The Government’s Executive is the Cabinet.

Hence, if the relevant agencies, for whatever reasons, have not been able to implement measures to prevent passengers in buses suffering death and injury, the blame should fall on the shoulders of the Cabinet for not having the political will to make travelling in buses safe.
If the Cabinet had the political will to make long distance bus rides safe, and officers responsible for taking appropriate action were not performing their jobs, then the Cabinet should show them the door. 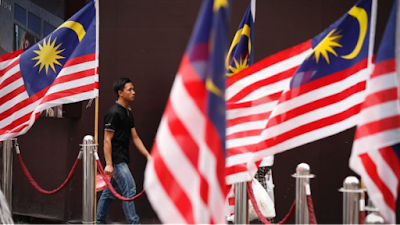 If the bus industry lobby does not want to change the status quo, then the Cabinet should not give them face but tell them that they either change or else close shop.

If there is corruption in the industry and regulatory and enforcement agencies, it should be weeded out.

It all boils down to political will. So long as this is lacking, investigations of crashes followed by reports and recommendations is not going to change anything.

Is the lack of political will on this matter in the Cabinet a consensus decision?
Perhaps the Minister of transport can enlighten us.
Ravinder Singh – MAILBAG - Malaysia Chronicle"