BUKIT LANJAN: No mercy for those found guilty of assaulting maids 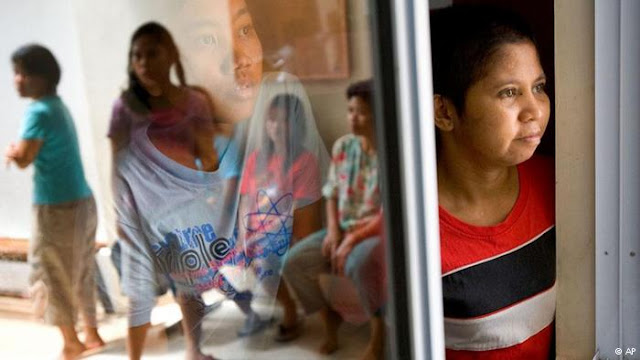 BUKIT LANJAN: No mercy for those found guilty of assaulting maids

Those found guilty of abusing and assaulting maids must face the full wrath of the law.

There is simply no excuse, whatsoever, for any employer to inflict pain and injury on a fella human being.

“The police and the Attorney-General’s Chamber should be praised for their swift action in bringing a Datin to face a charge of attempted murder,” Gerakan Deputy Speaker Syed Abdul Razak Alsagoff said.

He said the problem with such employers “is that they seriously lack humanity and are plain cruel in nature”.

“I wonder whether such employers will inflict the same pain and injury on their children or loved ones? It wouldn’t surprise me if they did the same,” he added.

“It is a shame that the attempted murder on the Indonesian maid happened in N.37 Bukit Lanjan. We must apologise to the maid if the Datin is found guilty as charged,” said Syed Razak who is Gerakan’s nominee to contest N.37 Bukit Lanjan in the coming 14th General Election (GE14). 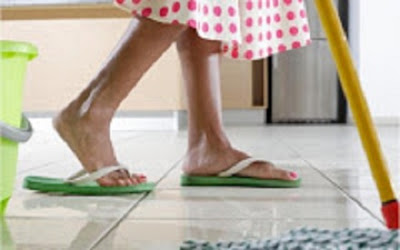 As posted in this blog previously, Syed Razak reiterated that community civics programmes and forums should be organised regularly to help instill a sense of love and belonging in neighbourhoods.

“This will help remind ourselves that we must, at all times, uphold the virtues of humanity, thereby promote neighbourhood and community unity.

“It is certainly time for both state and federal governments to give serious attention to moral problems. Funds must be allocated to community leaders to organise programmes and forums to promote humanity and neighbourhood unity,” he added.

Here are the two The Star Online reports on the maid abuse in Damansara Mutiara:

PETALING JAYA: A "Datin" has been charged in the Sessions Court here with attempting to murder her Indonesian maid.

Dressed in a black dress, black hijab and sunglasses, Datin Rozita Mohamad Ali, 43, claimed trial after the charges were read out to her in front of Sessions Court Judge Mohamad Kamil Nizam on Friday.

The alleged offence was committed between 7am and 12pm on Dec 21 at a house in Mutiara Damansara.

Rozita was charged under Section 307 of the Penal Code for attempt to murder.

Rozita's lawyer Rosal Azimin Ahmad pleaded for a bail of RM5,000 for his client, whom he said has asthma and is unemployed.

Judge Mohamad Kamil, however, set bail at RM20,000 with one surety and ordered that Rozita's passport be held by the court.

Indonesian maid to stay at embassy 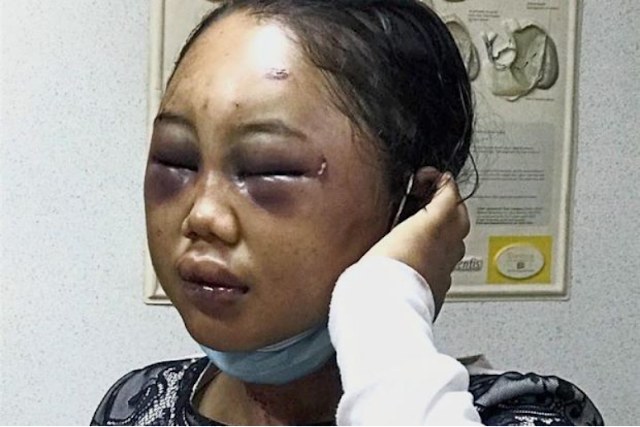 Badly bruised: Suyanti ran away because she had reached her breaking point.

PETALING JAYA: A 19-year-old Indonesian maid allegedly abused by her employer is to be placed at the Indonesian Embassy while her case is under investigation.

Indonesian Ambassador to Malaysia Herman Prayitno said his staff members were in touch with the police and visited the maid at the University Malaya Medical Centre (UMMC).

“Once she is discharged, she will stay in the embassy while waiting for the case (to be investigated),” he said.

He hoped that employers and employees can understand each other and work together as stipulated in their contracts.

“I hope that the perpetrator can be brought to justice and face the consequences of her action,” he said.

He said a 43-year-old woman, who is the maid’s employer, had been detained but dispelled talk that she was a Datin. A remand order for her detention until next Wednesday has been obtained by the police.

“We hope the public can refrain from speculating on the matter,” he said.

The maid, who only wished to known as Suyanti, claimed that she had been working for her employer for two weeks.

“I was slapped and punched every day while being called an animal. I feared for my life,” she said.

Suyanti, from Medan, said she was not allowed to bathe and was only permitted to eat once a day.

“I was hoping that my employer will change her ways someday.

“However, I reached my breaking point.

“One day, I climbed a ladder near a fence of the house and jumped over. I ran as fast as I could until I collapsed from exhaustion,” she said.

On Wednesday afternoon, a security guard found an unconscious Suyanti by a drain in Mutiara Damansara and her plight went viral on social media.

Her employer surrendered to the police at about 10.30pm the same day."