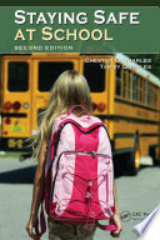 A 16-year-old school dropout was arrested for snatch theft. And police are looking for his 14-year-old accomplice.

“As a father, I am very much saddened for the boys, their parents and their neighbourhood,” Gerakan Deputy Speaker Syed Abdul Razak said.

“The shame that the boys’ parents and neighbourhood face is one thing. Why is this happening to Malaysia’s children?

“Why is it happening in our communities and neighbourhood?” Syed Razak asked.

“The two are just teens. And this is not to be treated as just an ordinary crime and to feel proud that the police have solved the crime or crimes.

“We must identify the root causes of the boys turning to a life of crime. There is one word that comes to my mind: Delinquency.

“Delinquency is defined as ‘minor crime, especially that committed by young people’. My worry is when such delinquents in communities and neigbourhoods ‘graduate’ to serious crime,” he added.

“Having identified the social causes of crime and juvenile delinquency, it is in the best interest of Malaysians and Malaysia to treat this problem seriously.

“And the responsibility lies in parents, educators and both state and federal governments. Elected lawmakers and community leaders are therefore obliged to help tackle delinquency.

“And, this I must add, includes the growing menace of school bullies, personal and school safety,” he added. 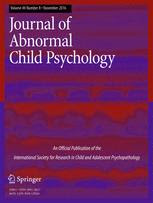 Syed Razak, who is Gerakan’s nominee to contest N.37 Bukit Lanjan, said “it is incumbent on elected lawmakers to set aside funds and time to organise community programmes to help check the rise in delinquency”.

“Whether such efforts are effective or ineffective is immaterial. We must at least try. The focus is to educate and raise the awareness of children that crime does not pay,” he added.

This was what happened in Bukit Mertajam, Penang, as reported by Bernama and posted in The Star Online:

BUKIT MERTAJAM: Police have detained teenage boy who allegedly robbed a beautician of her sling bag containing RM2,500 and a mobile phone early this month.

The 16-year-old school dropout was picked up in a 10am raid at a house in Kampung Tok Subuh here on Monday.

He said initial investigations revealed the teenagers had robbed the 29-year-old beautician about 3.50am in Jalan Bukit Tengah on Dec 5.

"The victim was walking alone when her sling bag was snatched by one of the teenagers who were on a motorcycle.

"This caused her to fall and be dragged for several metres by the two, injuring her elbows and left knee," he said.

The arrest could shed light on several robberies and thefts over the past month. - Bernama"