BUKIT LANJAN: The only way forward for Malaysians and Malaysia: Talk and think only of national unity and 1Malaysian 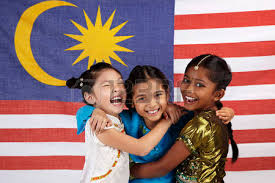 BUKIT LANJAN: The only way forward for Malaysians and Malaysia: Talk and think only of national unity and 1Malaysian

National unity has always been the hallmark of Malaysia’s international recognition as a role-model multi-racial state that is dominated by the Muslim-majority.

“Malaysia used to be praised by the rest of the world for its moderate communities who live harmoniously and prosperously with one another. Is this still true today?

“Just answer truthfully, honestly and sincerely by yourselves Then reflect and see what all of us need to do. I say sincere attitude change. There is no room for racial and religious bigots if Malaysia is to rise again in international fame,” Gerakan Deputy Speaker Syed Abdul Razak Alsagoff said.

“I do not know how much more can Malaysians and Malaysia tolerate racial and religious extremism. No one really knows when is the breaking point.

“But what I do know is that it must stop as soon as possible before Malaysia is destroyed socially, economically and politically,” he added.

Syed Razak, who is Gerakan’s nominee to contest N.37 Bukit Lanjan in the 14th General Election (GE14), said politicians from both sides of the political divide “must play their role sincerely in the interest of Malaysians and Malaysia”.

“Bickering over race and religion is definitely destroying a harmonious and prosperous nation. We should all put our efforts on how to forward Malaysia, make it great again.

“This means we should all sincerely put our hearts and minds together, lead by coming up with innovative ideas and proposals to develop Malaysia.

“Unity is strength. Likewise, national unity must be above all else when making political decisions. Not making decisions to serve one’s selfish agenda,” Syed Razak stressed.

Syed Razak said: “It is time for Malaysians to ensure sincere and wise politicians are elected to serve them. When the majority of the elected leaders are wise, all else will fall in place the right way.

“This applies to both sides of the political divide. So, lets talk and stress about national unity and nation-building in politics. Nothing else really matters.” 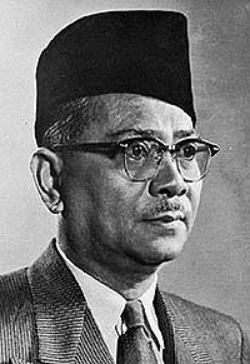 Tunku Abdul Rahman died 16-years ago today. If he were alive now, he would have wept, at the destruction of the bridges he painstakingly built, between the races in Malaysia.

In a speech to the Foreign Correspondents Association in May 1961, he warned us about “a small minority who did not think, feel, believe and work for the good of Malaya”.

Ironically, some Malays have let the Tunku down, whilst the non-Malays have embraced his vision wholeheartedly.
OUR ONE AND ONLY HOME

The Tunku was passionate about loyalty: “We, who are here, have only our little Malaya. The Chinese, Malays and others have to make the best of our home here. Malaya, our one and only home”. He explained that without unity, “there would be conflict and hell will break loose”.

He would have cried, when in 2010 two school principals told their Chinese students to “return to China”. This is not the Malaya/Malaysia he wanted us to inherit.

Why are the Malays so insecure? Why do they bash the Chinese and Christians like this.

Malays control all the institutions, the civil service, the ministries, the armed forces, and yet, they want more.

The Malays are stronger without Umno-Baru, which only builds on their weaknesses and their insecurities.

What would it be like, to live in a ‘Ketuanan Melayu Utopia’ with 100 percent Malay bumiputera equity, with the Chinese ‘banished’ to China and the Indians to India?

What do you think?"