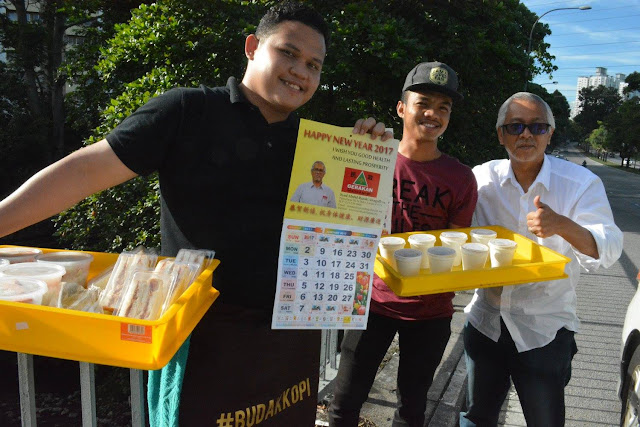 Every morning, outside the Selayang Hospital road side, passers-by will find at least six young Malay men in their early 20s selling nasi lemak (coconut milk rice), sandwiches and coffee.

Many would stop to buy their breakfast from the lads who sell the nasi lemak at only RM2 each. And the rice are packed in hygienic plastic containers with a spoon.

He said the lads, calling themselves #Budakkopi, deserve praise for working hard to eek out a decent and honest living for themselves.

“They have shown the unemployed, especially the Mat Rempits (road hooligans), how to make oneself productive and independent instead of becoming a nuisance to communities and society.

“The Mat Rempits should emulate the example set by the young entrepreneurs. Bukit Lanjan residents are really, really proud to have such decent lads,” he added. 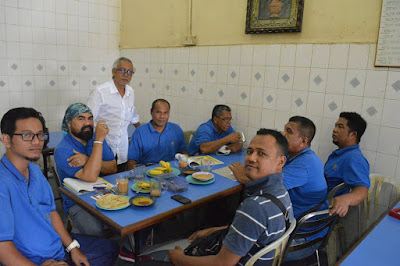 Syed Razak, who is Gerakan’s nominee to contest N.37 Bukit Lanjan in the coming 14th General Election (GE14), spotted the lads when he went on his 3rd edition of his walkabout this month to give away 2017 “kuda (horse) calendars”.

He said the lads had not only made themselves self-employed, “they have contributed to nation-building, choosing not to rely on handouts”.

“To those who are still loitering around aimlessly without a job, please emulate the lads and be self-employed,” he added.

Syed Razak, who had gone on walkabouts giving away calenders in Bandar Sri Damansara on Dec 7, 2016 (http://bukitlanjan.blogspot.my/2016/12/bukit-lanjan-early-bird-pek-moh-syed.html) and the Chinese-dominated Desa Jaya wet market on Dec 11, 2016 (http://bukitlanjan.blogspot.my/2016/12/bukit-lanjan-selangors-pek-moh-goes-on.html), was again given a warm response when he extended Christmas and New Year greetings to the Bukit Lanjan folk. 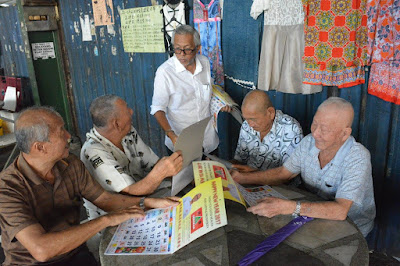 The Chinese folk were especially warm when Syed Razak introduced himself as the Pek Moh (White Hair) of Bukit Lanjan Selangor in two Chinese dialects - Cantonese and Hokkien.

He said: “I am trying to advocate a people-community-society-centric type of politician who is prepared to sincerely serve Bukit Lanjan.

“There are two political guides for me to serve the people. To run all types of community programmes and projects that help contribute to national unity or neigbourhood unity and nation-building activities and ideas for Bukit Lanjan.

“When serving communities and societies, there is no room for racial and religious bigots. We are Malaysians First,” he added. 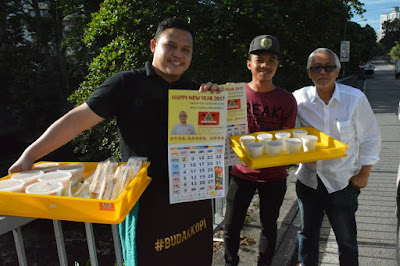 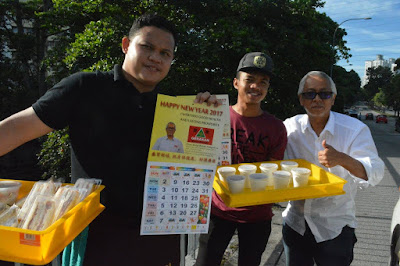 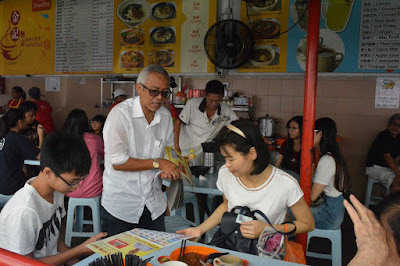 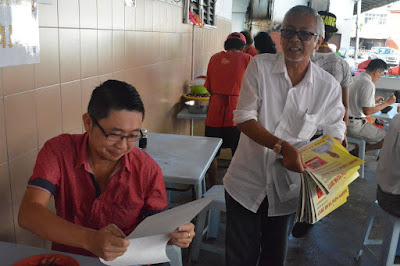 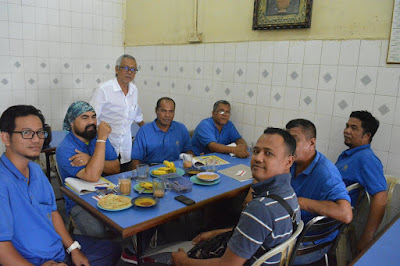 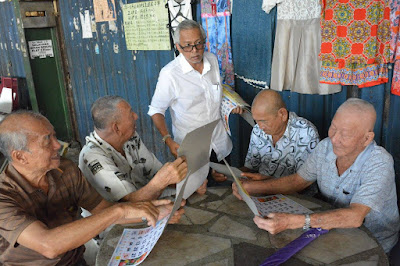 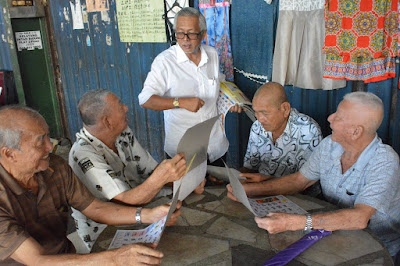 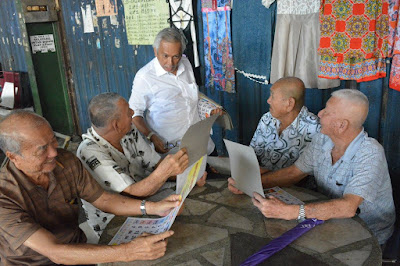 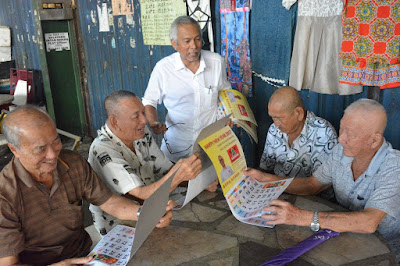