It is the consumers or the rakyat (people) that the authorities must protect in the housing industry.

It is simply shocking that former Urban Wellbeing, Housing and Local Government Minister Abdul Rahman Dahlan is insisting that the federal government appeals against the High Court landmark decision that developers must honour paying in full the liquidated ascertained damages (LAD) stated in the Sale and Purchase Agreement (S&P) they signed with house buyers.

On Feb 27, 2017, the High Court ruled that the Housing Controller has no power to grant an extension of time to developers who delay the completion of housing projects.

“Just what is Rahman getting at? If he insists that developers can be granted extensions, for whatever reasons the minister or housing controller deems fit, then what is the point of inking the S&P?” Gerakan Deputy Speaker Syed Abdul Razak Alsagoff asked.

He said house buyers were already at a disadvantage and at the mercy of property developers, especially when a project is abandoned. (Read this earlier blog posting for context: http://bukitlanjan.blogspot.my/2017/02/bukit-lanjan-at-last-victory-for-house.html)

“Why does he (Rahman) want to further deny house buyers their right to LAD, as stated clearly in standard S&Ps, when a developer delivers their housing units late? Just because of the developer’s bottom line?” Syed Razak asked.

He said even the Real Estate and Housing Developers Association (Rehda) is not disputing the responsibility of developers for any delays when it comes to completing their projects.

Rehda treasurer Muztaza Mohamad was quoted by the media as saying “once an agreement is signed between the property buyer and a developer, the onus falls on the developers to deliver the home.

“Any delay is not the fault of the buyers. It’s ours or that of other people,” he told reporters after a recent forum.

Muztaza said the “law is the law” and urged developers to plan ahead to ensure homes are delivered on time.

“This included only selling the property when it is 50% completed. “You must plan from day one of the project,” he added.

Syed Razak, who is Gerakan’s nominee to contest N.37 Bukit Lanjan in the coming 14th General Election (GE14), said the housing controller and minister should instead focus all their attention and energy on ensuring that housing projects are not abandoned, instead of finding excuses to protect the bottom line of developers.

He said the National House Buyers Association (HBA) had rightly urged the housing controller and minister to ensure that the monitoring programme of the ministry be organised effectively and efficiently.

This was what was posted by online news portal Free Malaysia Today on the LAD issue: 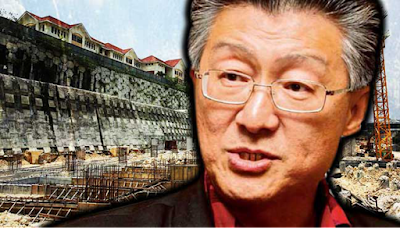 PETALING JAYA: The National House Buyers Association (HBA) is unhappy that relevant laws in place to protect house buyers do not seem to be enforced effectively.

Speaking to FMT, HBA secretary-general Chang Kim Loong, said there are several provisos in the Housing Development (Control & Licensing) Act 1966 (HDA) that protect interests of buyers in terms of project delivery by developers.

He specifically cited Sections 7, 10, 11 and 12 of the HDA. Section 7 states that developers must submit a quarterly or biannual report to the housing ministry once every four or six months, he noted.

“This sworn declaration contains complete information that would give an insight on the status of sales, the progress in construction and the company’s cash flow so as to determine whether the project is progressing well.”

Chang said symptoms of a failing housing project could be diagnosed early if this process was “constantly and effectively” monitored and policed by the minister and those under his charge.

“The ministry cannot be just doing a ‘rod and reel’ system of monitoring, policing after a project has gone rogue. The monitoring programme must be organised effectively and efficiently,” he said.

Chang said a good law remains only on paper and as an ornament if it is not enforced. Early action can help tackle cases of abandoned projects which have an adverse financial impact on innocent buyers, he stressed.

“A lack of enforcement and monitoring weakens the provisions of the Act. Lets’ face it – there is no solution to abandonment. We just have to prevent it from happening.”

Chang was commenting on a High Court decision on Monday to set aside the move by the Urban Wellbeing, Housing and Local Government Ministry under the tenure of its former minister Abdul Rahman Dahlan to give a 12-month extension to a developer to complete its project.

He also pointed to Section 10 of the HDA, which gives powers to the minister to order an investigation on any offence under the act, or on relevant affairs and accounts of a developer if he has reason to believe they are detrimental to the interests of house buyers.

“Under Section 11 of the HDA, the minister is empowered to safeguard the interests of house buyers when licensed housing developers are unable to meet their obligations,” he said.

“Basically, the minister and his ministry have wide ranging powers to intervene and salvage a ‘sick project’ and to offer ‘treatment to provide cure’.

Rahman: No abuse of power over extension granted to developer 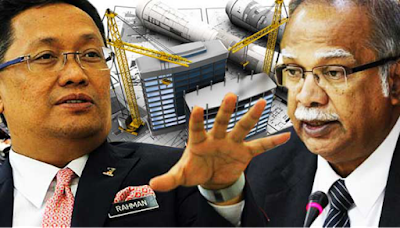 PETALING JAYA: Abdul Rahman Dahlan today said allowing an extension on the delivery date of a condominium project is well within the powers of the urban wellbeing, housing and local government minister.

He then accused the DAP of making a “highly defamatory conclusion” of abuse of power, based on the High Court ruling made on Monday against developer BHL Construction Sdn Bhd over a 12-month extension which resulted in housebuyers not being able to claim compensation.

Rahman also revealed that his former ministry will be filing an appeal against the landmark decision by the High Court.

Rahman was responding to Penang Deputy Chief Minister II P Ramasamy, who on Wednesday had said that the former had abused his powers while in charge of the ministry.

Ramasamy made the accusation at a press conference where Batu Kawan DAP leaders, Satees Muniandy and P David Marshel, declared they had lodged a police report alleging that the wife of Attorney-General Mohamed Apandi Ali had lobbied to Rahman on behalf of the developer for the extension.

Rahman served as urban wellbeing, housing and local government minister from May 2013 until June 2016. The current minister is Noh Omar.

“In the particular case referred to by the DAP, there is no abuse of power as the decision I took was based on the powers clearly given to the urban wellbeing, housing and local government minister as stated in Act 118.

“With respect to support letters, I can assure the public that all applications are approved based solely on merit. No support letters can supersede the stringent procedures in approving the extension of delivery date application,” Rahman said.

He explained that an extension of delivery date is only given after stringent checks are made by the ministry on the project concerned, and if a developer faces delays due to circumstances beyond his control, including flooding, new regulations by authorities such as stop orders or policies pertaining to supply of construction materials and workers.

“The most important and difficult questions we face are if the housing project will be abandoned by the developer should an extension not be granted, and will the housebuyers be in a worse off position should that happen.

“Hence, we give due consideration to the less painful impact of a delay and the housebuyers waiving their right to compensation, against the whole project being abandoned,” Rahman said, explaining the ministry’s officers will determine if the circumstances facing the developer are genuine or otherwise.

He added that the responsibility of the minister is to all parties, including suppliers of raw materials, financial institutions, developers and the buyers.

Taking a swipe at Ramasamy, Rahman, who is now a minister in the prime minister’s department, said such extension of delivery is not unique to the federal government, and questioned if there are contractors who have been granted such extensions in Penang too.

“Will the Penang state government categorically deny that they have not issued any extention of delivery date to any contractors since 2008?"