BUKIT LANJAN: Not all is gloomy for Malaysia’s economic outlook

BUKIT LANJAN: Not all is gloomy for Malaysia’s economic outlook

As the Malaysian federal government continues to push its engine of growth (foreign investments), Malaysians must also be prepared to adapt and be sustainable with consumer spending remaining flat this year.


However, not all is gloomy because China has assured that it doesn’t curb overseas investments among its citizens and that the tightening of capital controls was aimed at clamping down outflow of yuan in fraudulent activities such as money laundering.

“Now, that’s really some positive outlook for Malaysians and Malaysia to look forward to this year. This is is in contrast of the doomsayers who had quickly started spreading inaccurate, false or fake news following China’s announcement of tightening capital controls,” Gerakan Deputy Speaker Syed Abdul Razak Alsagoff said.

He said Malaysians should wise up to the growing volume of fake or false news being posted in socio-media, especially Facebook and WhatsAppp, to whip up anti-government sentiments.

“It is okay if the news is accurate or factual. But most of such news are devoid of facts and basis. Just because China announced that it is tightening capital controls, the doomsayers started spinning news that China’s investment in Malaysia, especially the multi-billion-ringgit land-reclamation Forest City is dead,” he added. 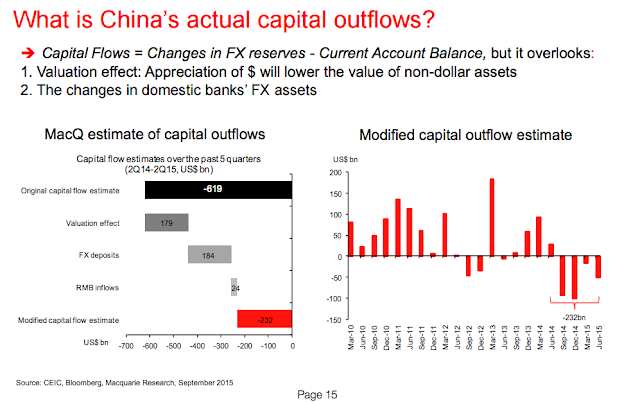 Syed Razak, who is Gerakan’s nominee to contest N.37 Bukit Lanjan in the coming 14th General Election (GE14), said “it simply did not make sense that China would want to prevent or stop its nationals from investing overseas.

“In fact, why would any country want to do that to its nationals? When people invest, they bring back their rewards to their home country.

“They are contributing to their country’s nation-building efforts. So, there is absolutely no basis for anyone to believe that China’s investment announcements had been dumped into the drain following China’s move to tighten capital controls.

“The tightening of capital controls are aimed at detecting and stopping dubious transactions that are akin to money laundering activities,” he added.

Syed Razak said Affin Hwang Research had concluded that 2016 ended with sentiment indices remaining weak for both consumers and retailers.

“Inflation has struck this year with estimates that inflation would be higher this year compared with last year. Although consumer spending is expected to take longer to recover, it is a relief that macroeconomic indicators such as private consumption remains resilient.

“While we feel that consumer spending will take longer to recover, it is a relief that macroeconomic indicators such as private consumption still shows resilience and economists also believe the Ringgit will strengthen this year.

“What Malaysians need to do to ride through the current economic challenges is to remain resilient and adopt practical measures to stretch their spending until the good times return,” he added.


Here are two The Star Online reports on the above issues:

KUANTAN: China does not curb overseas investment among its citizens, including in real estate despite tightening capital controls.

China’s Ambassador to Malaysia Dr Huang Huikang said the tightening of capital controls was aimed at clamping down outflow of yuan in fraudulent activities such as money laundering.

“We do not restrict capital outflows as we have sufficient reserves to the tune of US$1 trillion, the highest in the world.

“Measures are taken to strengthen financial controls and to stem money laundering,” he told reporters after visiting the Malaysia-China Kuantan Industrial Park (MCKIP) in Kuantan on Wednesday.

The ambassador spoke in Mandarin and his remarks were translated into Bahasa Malaysia by an interpreter.

Huang was asked to comment on fears over China’s new restrictions on capital controls affecting its investment in the Forest City project in Gelang Patah, Johor.

On Saturday, Johor Mentri Besar Datuk Seri Mohamed Khaled Nordin asserted that Forest City would not be affected by such action as the project was opened to buyers from the international community besides China.

On his visit, Huang said he was satisfied with the MCKIP progress.

“Everything went according to schedule and plans. I am also pleased to see the development of infrastructure such as roads, electricity and water supplies.

“We are grateful to the Malaysian government for providing a good commitment, as well as facilitating the implementation of this project,” he said.

He also visited the Kuantan Port which was undergoing expansion to enable it to double its existing capacity to 52 million tonnes deadweight a year.

“The port expansion is in line with the MCKIP development. It will help spur Kuantan as a port city in the future,” he said.

Commenting on the East Coast Rail Link project, he said it was expected to begin in the second quarter of this year and completed within six years. - Bernama

It said on Thursday the retail sector remains challenging, whereas the food and beverage (F&B) segment will likely be hit by higher raw material prices.

Illegal cigarettes remain a key problem for the tobacco market, but 2H17 may show a margin expansion for BAT as cost savings may come into play from sourcing cigarettes regionally, the research house said.

“We are generally still positive on the brewery sector as they seem to be more resilient to downturns and we like Heineken and Carlsberg, for their dividend yields, with the first being our top pick.

“Maintain Neutral. We recommend investors to focus on companies with defensive characteristics and attractive dividend yields,” it said.
Affin Hwang Research said 2016 ended with sentiment indices remaining weak for both the consumer and retailer. Inflation has spiked in January 2017, and overall it estimates inflation to be higher than in 2016.

“While we feel that consumer spending will take longer to recover, we are comforted that macroeconomic indicators such as private consumption still shows resilience and our economist believes Ringgit will strengthen in 2017.


“We maintain our Neutral call on the sector and recommend stocks with solid track record and high yields, with Heineken as our top pick,” it said.

Affin Hwang Research pointed out that 4Q16 net profit for the sector increased by 18% on-year but this does not indicate a recovery in earnings as it was largely due to BAT’s one off gain on disposal of land.

As such, 2016 sector net profit was down 16% on-year due to weak consumer sentiment which affected volumes and higher raw materials as well as operating expenditure.

For 4Q16, both MIER and Nielsen consumer sentiment index dropped further to 69.8 and 84 respectively, both below the 100-point threshold.

According to Nielsen, Malaysian consumers are among the least confident in Asia Pacific and low levels of confidence will probably result in consumer spending being flat at most in the next six months.

Besides, inflation spiked to 3.2% on-year in January 2017 (vs 1.8% on-year in December 2016) mainly due to higher transport costs, food prices and education.

MIER’s retail trade index decreased to 91.4, reversing from the previous two quarters that were above the 100-point threshold, seemingly indicating that expectations of sales and business conditions have worsened.

“Currently", Retail Group Malaysia forecasts 5% on-year growth in 2017 (vs 3% on-year in 2016E and 1.4% on-year in 2015), but we gather the forecasts are being reviewed and will likely see a downward adjustment,” said the research house."