Malaysians must face reality and start taking prudent measures to rein in on their monthly spending for their loved ones.


The grossly weakened Ringgit and rising retail price of petrol are causing havoc to consumers who are also at the mercy of businesses who are exploiting the situation for profiteering.

A coffee shop in Subang USJ is selling a small cup of coffee or tea at RM1.80 (even ‘O’ or without sugar) each when others are selling at RM1.60.

“It is time for Malaysians to face reality and fight back the profiteers. Boycott any business or hawker who are profiteering,” Gerakan Deputy Speaker Syed Abdul Razak Alsagoff said.

“And, please don’t compare the good old coffee shop with Starbucks or hotel coffee houses. If the rich want to throw their money away just like that, that’s their choice.

“But the good old coffee shops are frequented daily by the low and middle-income consumers. They are the ones feeling the inflation today,” he added.

Syed Razak said meats and vegetables in wet markets were no doubt expensive today but “it is still very much cheaper to cook and eat at home”.

“Avoid eating out or choose to eat at stalls that are charging reasonable prices. Boycott the profiteers. This is the only way to beat them when the economy is sluggish,” he added.

Syed Razak, who is Gerakan’s nominee to contest N.37 Bukit Lanjan in the coming 14th General Election (GE14), said “we must all start spending prudently with our limited income”.

“Buy intelligently by comparing prices and buy only what’s necessary. The idea is to stretch our income to the max and ride out the current domestic and global sluggish economy.

“Putting food on the table daily for our loved ones is top priority. All other ‘luxury’ expenses can take the back seat until the return of the good times.

“Preparing our own lunch packs to go to work is also one of the best ways to manage our household expenses. It is worse when we lose our jobs due to retrenchments,” he added.

Syed Razak said: “We can lament and blame anyone and everyone for our misery. But that will not help or solve our personal financial woes and problems.

“We all have no choice but to find ways and means to survive, no matter how difficult it is. We must stay resilient, ride out the hard times with hard and honest work to put food on the table daily for our loved ones.”

Most economists predict the key rate will remain at 3.0% for the rest of this year, especially if US rates rise, as predicted. 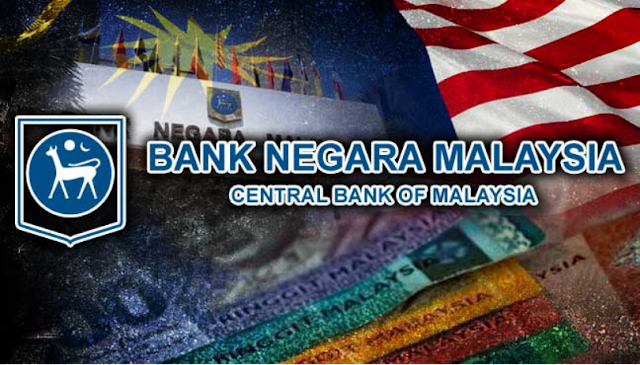 KUALA LUMPUR: Malaysia’s central bank kept its key rate unchanged on Thursday as expected and expressed optimism the better growth momentum seen in late 2016 can be sustained throughout this year.

Most economists predicted the key rate will remain at 3.0% the rest of this year, especially if United States rates rise, as expected.

Nine out of 10 economists polled by Reuters forecast the central bank would keep its key rate unchanged. The other forecast a 25 basis point cut.

Bank Negara Malaysia said the current overnight rate is “accommodative and supportive of economic activity”, which will be helped by a “slightly faster pace” of global economic expansion in 2017.

BNM is “sending a neutral signal on monetary policy, suggesting that they are unlikely to change interest rates at least this year,” said Julia Goh, an economist for UOB.

Trade-reliant Malaysia saw economic growth rates decline for five quarters, due to poor commodity prices, before improving in the second half of last year.

BNM said the ringgit currency — which hit a near 19-year low of 4.4980 to the dollar on Jan 4 — has “continued to stabilise” along with other emerging market currencies.

The ringgit was at 4.448 in mid-afternoon trade on Thursday, leaving it 1% stronger this year but still down 12.8% from July when the central bank cut its key rate by 25 basis points — the first cut in more than seven years.

A second cut was widely expected shortly afterward, but the bank held off as the ringgit faced pressure, especially towards the end of 2016.

After slowing for five quarters, Malaysia’s economy had annual growth of 4.3% in July-September and 4.5% in October-December.

While the growth outlook has improved, “nevertheless, there remain risks to global growth arising from threats such as protectionism, geopolitical developments, heightened volatility of financial markets and negative developments in the prices of key commodities”, BNM said.

In October, Prime Minister Najib Razak said growth in 2017 would likely be 4-5%.

Inflation, no issue for much of 2016, will be a significant factor for BNM if the pace keeps rising this year. In January, annual consumer inflation hit 3.2%, its highest since February 2016.

The central bank expects headline inflation — which it says will be “relatively high” in the first half of 2017 on higher fuel prices — to dip in the second half.

“Historically, they don’t respond to inflation if it is driven by fuel prices,” said Brian Tan, a Nomura analyst.

Both Goh and Tan do not think BNM will match any possible hike in US interest rates by the Federal Reserve, even if it sparks further capital outflows from Malaysia.

“Malaysia’s monetary objective is to ensure growth and domestic consumption … those factors are always used to set policy direction so they are unlikely to follow the Fed if it raises interest rates,” Goh said.

Rising oil prices add to pressure on inflation in the region. 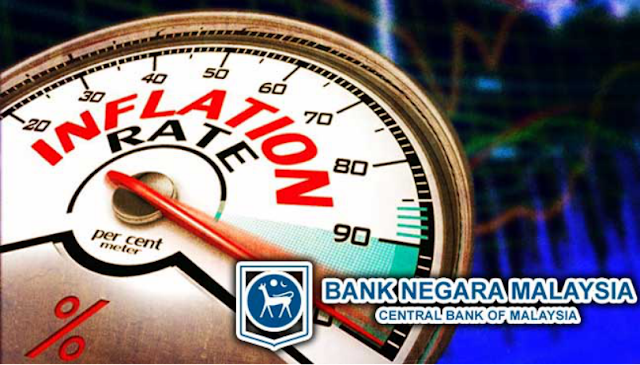 KUALA LUMPUR: After more than a year of disinflation, price pressures are quickly mounting across Southeast Asia as fuel costs rise, putting central banks on watch after years of policy easing.

In Malaysia, consumer prices rose at the fastest pace in almost a year in January and economists see that as closing the door on another interest-rate cut at Thursday’s meeting even though the economy could do with more stimulus. From Singapore to Thailand, central banks are bracing for faster inflation.

The recent spike has been mainly caused by oil prices, which have surged 25% in the past six months. In a region where countries like Indonesia have been prone to high inflation in the past, and currencies are vulnerable – notably in Malaysia – central banks will need to monitor closely for any signs that rising fuel costs are spreading more broadly to prices in the economy.

The pick-up in inflation isn’t unique to Southeast Asia as higher commodity prices drive up costs across Asia. China’s factory prices have snapped years of deflation, with some analysts saying this is the hidden side of the global reflation trade.

For now, core measures of inflation in Southeast Asia – which exclude volatile items such as energy and food costs – remain contained, taking the pressure off central banks to take immediate action to tighten policy.

In Malaysia, where inflation reached 3.2% in January, the core measure was at 2.3%. The government’s projection is for headline inflation to average 2% to 3% this year.

“Until there’s evidence that core inflation is on the rise and wages up with it, I don’t think we’re going to have any inflation dynamic going on in the region.”

Malaysia’s resolve will be tested on Thursday, with all but one of the 17 economists surveyed by Bloomberg predicting Bank Negara Malaysia will keep its policy rate on hold at 3%. ING Bank NV is forecasting a 25 basis-point reduction.

Inflation will probably accelerate to 4% in February, and average 3.5% this year, up from a previous forecast of 2.5 percent, according to Mohamed Faiz Nagutha, an economist with Merrill Lynch Asia Pacific Ltd in Hong Kong.

After surprising the market with an interest-rate cut in July last year, Faiz is predicting the central bank will be on hold for the rest of the year.

“We do not expect BNM to react to these spikes in headline CPI and rather focus on measures of core inflation,” he said.

The Philippines, which had the fastest economic expansion in Southeast Asia last year, may be the first country in the region to tighten monetary policy this year, according to economists surveyed by Bloomberg. Inflation is running at the fastest pace in two years and the currency is the worst performer in Asia this year, down 1.1% against the dollar.

In Singapore, consumer prices rose for a second month in January after almost two years of declines, while a government report on Wednesday showed a surprise slowdown in Thailand’s inflation in February to 1.4%.

Aside from the Philippines, most of the economies in Southeast Asia are growing below par, which supports calls for more policy easing. Growth in Malaysia slowed to 4.2% last year from 5% in 2015, while Indonesia’s economy expanded 5% in 2016, below the government’s goal of 7%.

“The inflation outlook across the region is one that things will start picking up,” said Rahul Bajoria, an economist at Barclays Plc in Singapore.

“What we need to watch is second-round impacts of higher fuel inflation and the core inflation” measures, he said.

“If that was to start picking up, then I think we’ll see central banks becoming a bit more cautious about the inflation outlook."