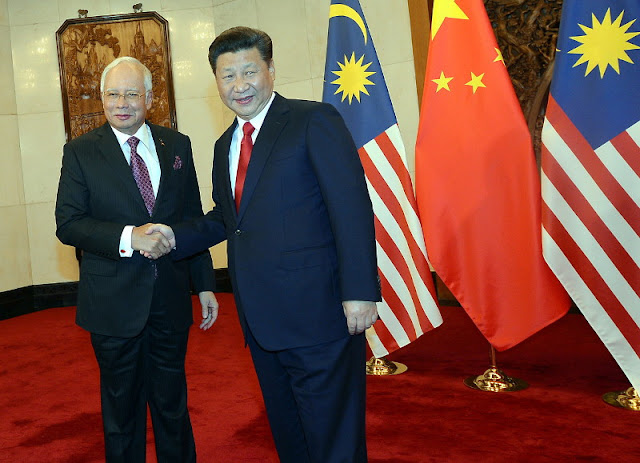 The Kedah government has announced that China’s Lu Hai Feng, a private company based in Qingdao, is investing RM3 billion to turn the Kuala Kedah terminal into a tuna fishing regional hub.


So, are the critics of investments from China also against this? Are such critics also going to cry wolf again that it is all part of China’s economic colonisation?

“Don't cut off your nose to spite your face just for selfish political mileage.

“All foreign investments, be it from China or others, are good for Malaysians and Malaysia. There is no basis or evidence to fear losing control and governance of the country.

“It is for Malaysians to do their duty to elect the government of the day every five years. They call the shots in governing a sovereign Malaysia, not foreigners.

“Malaysia can only lose its sovereignty if the rakyat (people) are disunited and weak, thereby allowing foreigners to seize control of the governance of Malaysia,” Syed Razak said. 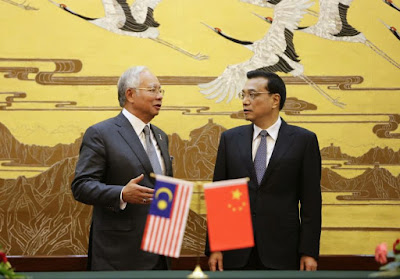 The council is under the Ministry of Urban Wellbeing, Housing and Local Government.

“We are expecting to sign the agreement with the investor soon,” said Ku Rahman, adding that the project would boost Kedah’s development once it took off.

The terminal would be fully-funded by China’s Lu Hai Feng, a private company based in Qingdao, and built on 2,340ha along the coastal area from Taman Bersatu up to Kampung Tebengau in Kuala Kedah.

The terminal is set to be the base for tuna fishing boats operating in the Indian Ocean.

“We can integrate our latest technologies with Kedah’s rubber production to build a very advanced rubber industry here.

“As for tourism, we will introduce more Chinese tourists to Langkawi,” he said. - Bernama/The Star Online

Its Ambassador to Malaysia, Dr Huang Huikang, said aside from the RM3 billion Kedah Integrated Fishery Terminal (KIFT) project – a joint-venture effort between the state government and a Qingdao-based company – Chinese investors are also eager to invest in the Kedah Rubber City project in Padang Terap.

He said Chinese manufacturers in the sector have both the financial strength and the technology to help modernise the rubber industry in Kedah, which has massive rubber plantations state-wide.

"With their expertise and strong financial back-up, Chinese investors may help Kedah create more jobs by bringing in investment to the rubber industry," Huang said after paying a courtesy call on Menteri Besar Datuk Seri Ahmad Bashah Md Hanipah at his office in Wisma Darulaman today.

The Ambassador also expressed China's interest in the renewable-energy sector, saying that investment could materialise on a piece of land owned by Edra Energy in Kuala Ketil, Baling.

"We are also interested to explore investment opportunities in Langkawi, as the island is one of the world's popular tourist destinations.

"Langkawi is fast emerging as a favourite holiday destination for Chinese tourists who visit Malaysia, and we are looking into the possibility of investing in the island's tourism hospitality industry.

"Both countries stand to benefit from Chinese investment in the four sectors in Kedah," he added.

He said the potential investment value in the four relevant sectors could reach RM4 billion, and the state stands to benefit enormously from the investments, especially in terms of job creation. - NST"