The new Yang di-Pertuan Agong (King) has hit the nail on the head in his maiden address at the opening of the Parliament session on Monday (March 6, 2017).

His Majesty expressed concern over the destruction of the environment and wants measures taken for its protection to be intensified.

“Both state and federal governments must take the cue from the King and give more attention to protecting the environment for the rakyat (people),” Gerakan Deputy Speaker Syed Abdul Razak said.


“I highlighted the garbage and leachate woes in Saujana Damansara in this blog on Feb 22, 2017 (Read this for context: http://bukitlanjan.blogspot.my/2017/02/bukit-lanjan-whos-responsible-for.html.

“I went back to the scene on March 6, 2017, to check whether the Majlis Bandaraya Petaling Jaya (MBPJ) and its garbage collection contractor had done anything to help improve the situation,” he said.

“I was pleasantly surprised by the comments of the coffee shop operators that the garbage collectors have put in more effort to clean up the garbage dump by sweeping the road before leaving with their daily collection.

“This was not the case previously. I wish to laud the MBPJ and the garbage collection contractor for responding positively to the complaints of the residents and businesses via my blog,” he added.

Syed Razak, who is Gerakan’s nominee to contest N.37 Bukit Lanjan in the coming 14th General Election (GE14), said “there is one significant observation about garbage dumps and the flaws”.

“In many garbage dump sites in housing and commercial estates, the design of the garbage dump facilities appear to be flawed.

“They are either located too near to houses or shops, and the dump structures to house the giant bins are not practical for the garbage trucks to load and unload bins.

“This is not only happening in Saujana Damansara but also elsewhere in Kuala Lumpur and Petaling Jaya,” he added.

Syed Razak urged both state and federal government authorities to review and revise their property development planning approval conditions to correct the flaws related to garbage collection and dump sites.

Meanwhile, he said, the Saujana Damansara residents and businesses have expressed their wish for the two garbage dumps to be relocated further away.

“I have asked them to arrange a meeting with the residents and their association to discuss the matter further before submitting an official request to the developer, Maxisegar Sdn Bhd,” he added.

The Yang di-Pertuan Agong is concerned over the destruction of the environment and wants measures taken for its protection to be intensified.

Sultan Muhammad V said the loss of the environment would affect the livelihood of the people and restoration measures would take a long time and incur huge costs.

“In Cameron Highlands, law enforcement should be intensified to raise the people’s confidence in the fact that the Government is serious about protecting and preserving the environment,” he said.

He called on the rakyat to be more environmentally conscious, to help maintain the cleanliness of public toilets and not to litter.

The King was giving his maiden Royal Address in Parliament.

He also called for more safeguards for vulnerable groups such as children, the elderly, the disabled and single mothers struggling to make ends meet, adding that he was pleased to see that the Government would be tabling a new law to better protect children from sexual predators.

On the people’s housing needs, the Ruler told the august House that the Government had achieved 77% of the targeted one million affordable homes to be built between 2013 and 2018. - The Star Online" 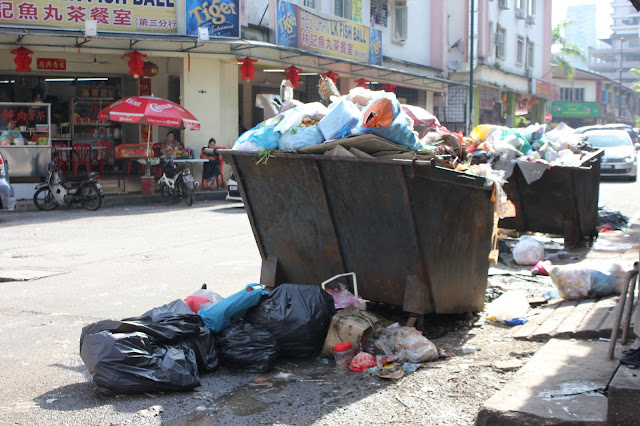