BUKIT LANJAN: Most inhumane, unethical for North Korea to pawn lives of citizens of both countries 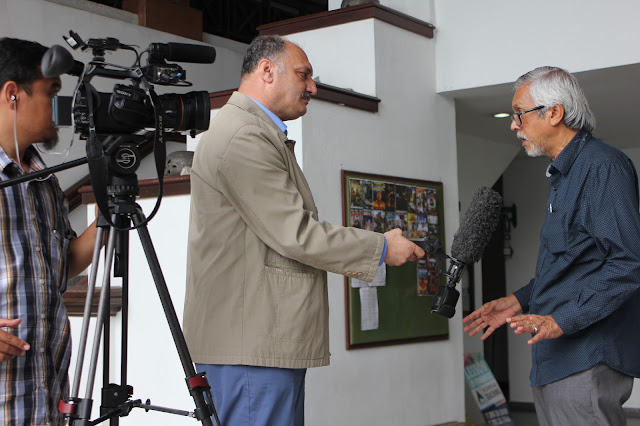 BUKIT LANJAN: Most inhumane, unethical for North Korea to pawn lives of citizens of both countries


It is most inhumane and unethical for any sovereign nation to pawn its citizens in an attempt to force the settlement of a diplomatic row.


This was exactly what the North Korea rogue state did when it announced an immediate and shocking ban on Malaysians to leave the communist state.

The North Korean communist government had pawned thousands of its citizens who are still in Kuala Lumpur when it announced the ban.

Malaysia had no choice but to also impose a temporary ban on North Koreans who wish to leave the country as an insurance or guarantee that Malaysians in North Korea are left unharmed and released.

“The Malaysian government had no choice but to respond the same to ensure our nationals are left unharmed and allowed to return home safely,” Gerakan Deputy Speaker Syed Abdul Razak Alsagoff said.

“Rightly, Prime Minister Najib Razak has called an emergency meeting of the National Security Council to discuss on actions and options to resolve the safety concerns of Malaysians stranded in North Korea,” he added.

Syed Razak proposed that Malaysia refer the shocking actions of North Korea to the United Nations (UN) Security Council as soon as possible to resolve the highly sensitive and dangerous diplomatic row waged by the communists.

He also proposed that Malaysia not stop North Korean workers from returning home but only ban North Korean embassy staff, who are communist nationals, from leaving until the freedom of Malaysians in North Korea were settled.

“That’s because two wrongs don’t make a right,” he added. 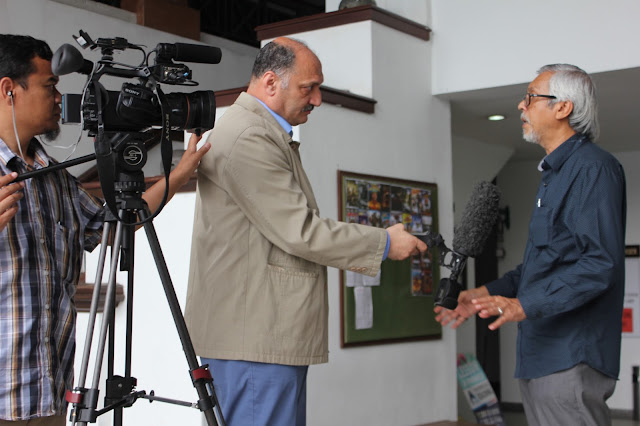 Syed Razak, who is Gerakan’s nominee to contest N.37 Bukit Lanjan in the coming 14th General Election (GE14), said this when he was interviewed by Al Jazeera Arabic Kuala Lumpur today (March 7, 2017).

International TV news broadcaster Al Jazeera International’s Asia coverage is based in Kuala Lumpur and had interviewed Syed Razak several times in the past for his views and opinions on international matters and issues.

Al Jazeera Arabic had sought Syed Razak’s views and opinion on the current dangerous diplomatic row between Malaysia and North Korea following the assassination of a North Korean national who travelled by the name of Kim Chol.

It was reported that Jong-nam was waiting for his flight to Macau at KLIA2 when two women suddenly wiped his face with a liquid later identified as the VX nerve agent.

Jong-nam reportedly sought help at a customer service counter at the airport and was rushed to Putrajaya Hospital but died on the way. 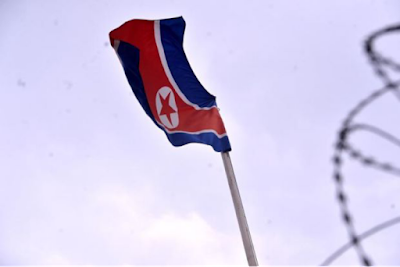 SEOUL: Pyongyang is banning all Malaysian citizens from leaving North Korea, state media said Tuesday, potentially holding them hostage amid an increasingly heated diplomatic row over the killing of Kim Jong-Nam in Kuala Lumpur.
"All Malaysian nationals in the DPRK will be temporarily prohibited from leaving the country until the incident that happened in Malaysia is properly solved," the official Korea Central News Agency said, citing the foreign ministry. - AFP

KUALA LUMPUR: The Prime Minister has called for North Korea to release all Malaysian citizens immediately to avoid any further escalation of the diplomatic row between the two countries.

Datuk Seri Najib Tun Razak said he condemned in the strongest terms possible, North Korea’s decision to prevent Malaysian citizens from leaving the country, and has summoned an emergency meeting of the National Security Council.

“This abhorrent act, effectively holding our citizens hostage, is in total disregard of all international law and diplomatic norms.

“As a peace-loving nation, Malaysia is committed to maintaining friendly relations with all countries.

“However, protecting our citizens is my first priority, and we will not hesitate to take all measures necessary when they are threatened,” he said in a statement Tuesday.

“I have also instructed the Inspector-General of Police to prevent all North Korean citizens in Malaysia from leaving the country until we are assured of the safety and security of all Malaysians in North Korea.
“Our hope is for a swift resolution. I call upon the North Korean leadership to immediately allow our citizens to leave to avoid any further escalation,” he said.‎

GEORGE TOWN: Police have not dismissed the possibility that the suspects in the murder of North Korean exile Kim Jong-nam are still in the country's embassy in Kuala Lumpur, said Inspector-General of Police Tan Sri Khalid Abu Bakar.

He added that the police are waiting for the suspects to surrender, adding that warrants of arrest would be issued against them if they fail to do so.

"We believe they are in the embassy and we will compel them to come out through Section 111 of the Criminal Procedure Code," said Khalid.

Speaking after opening the International Drug Enforcement Conference (IDEC) - Far East Regional Working Group here on Tuesday he added that the suspects were all wanted to assist in the investigation into the murder.

Khalid added that the police have asked the relevant North Korean authorities to surrender all the suspects.

He also said that the police were waiting for further instructions from the Home Ministry following North Korea's action of preventing Malaysians from leaving the country.

Khalid said that Deputy Prime Minister Datuk Seri Dr Ahmad Zahid Hamidi had issued a statement on this matter, adding that further action would depend on the Home Ministry and Foreign Ministry

Jong-nam, the estranged half-brother of North Korean leader Kim Jong-un, was killed at the Kuala Lumpur International Airport 2 departure hall on Feb 13, with what Malaysian police said was the banned VX nerve agent.

On March 1, Vietnamese Doan Thi Huong and Indonesian Siti Aisyah were charged with the murder under Section 302 of the Penal Code that carries the mandatory death penalty upon conviction.

Neither recorded a plea, and April 13 has been fixed for mention. - Bernama"