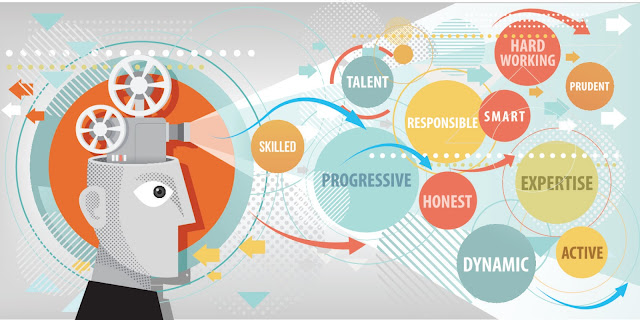 Every year, when national examination results are out, it is the same scene of joy, disappointments and complaints, including that from top scorers nationwide.


Perhaps, all should view the above video clip that highlights a letter to teachers, parents and students telling all that school or national examination results are not everything in the world.

“The message from the video, based on the letter, is truly motivating and realistic,” Gerakan Deputy Speaker Syed Abdul Razak Alsagoff said.

He said teachers and parents should continue motivating and encouraging students to move on in life, whatever has been or has not been achieved academically.

“Failure or poor academic achievements is not the end of the world for students. It is, in fact, the beginning of a life-long strive for career success,” he added.

He said all students had their own natural talent or aptitude and potential that needed to be identified and tapped and groomed.

Syed Razak, who is Gerakan’s nominee to contest in the coming 14th General Election (GE14), said teachers and parents needed to instill the values of perseverance and determination, grit, persistence and success on all students.

“That is the only way to guide or encourage our children to grow up as mature right thinking working adults,” he added.

Here’s one of the many news reports that was found posted by The Star Online on the SPM results:

BY ADRIAN CHANandOOI MAY SIM

KUALA LUMPUR: The launching of a new scholarship – the 9A+ Sponsorship Programme – should have given a new lease of hope to SPM students but now, they are left in a state of despair.

According to the Public Service Department’s (PSD) eSila portal, only students with full A+ for all subjects they sat for are entitled to the sponsorship.

The only silver lining was that the National Sponsorship Programme, which funds the top 20 SPM scorers to study in the most renowned universities in the world, will now consider 102 students who obtained their results on Thursday.

PSD director-general Datuk Seri Zainal Rahim Seman, in a text message to The Star, said: “Will clarify this issue soon.”

It was announced last year that the Graduate Bursary Programme will cease this year. But the new stringent condition has taken many by surprise.

Eer Kai Jun, who scored 10A+ and 1A said: “I am shocked. Our school didn’t tell us. We only found out after reading the news.”

The student of SMJK Katholik, Petaling Jaya, said it would encourage students to take fewer subjects.

“I think students get to learn something different with the extra subjects,” said Eer, who would apply for the National Sponsorship Programme to study engineering, and other scholarships as well.

“I’m disappointed. I think I did quite well but am unable to apply for a scholarship. Now, (my studies) will be another burden for my parents,” he said.

His schoolmate Yeoh Li Quan, who scored 9A+ and 1A, said: “The grades this year have dropped. So why are they raising the requirement?

“It’s unfair as we are not informed before the exam,” Yeoh said, pointing out that many of her classmates took up to 12 subjects.

Kan Man Kit said he would have taken fewer subjects had he known earlier.

“I thought taking more subjects would increase my chances,” said the SM Kuen Cheng Kuala Lumpur student, who scored 9A+ and 3As.

“Getting As is not easy. We worked really hard for it,” said Kan.

An upset Cheong Ruoh Wen, who scored 11A+ and 1A, said: “According to the old system, I should be able to get a scholarship. But now I can’t apply.”

Cheong said she would apply to have her Bahasa Melayu paper remarked.

Amanda Kee, 18, said she took two extra subjects – Arts and Accounting Principles – as she was not confident of scoring A+ for Chinese language and Bahasa Melayu.

“I was so happy with my results (9A+ and 2A) but not any more after finding out the new requirement,” said Kee, who aspires to be a mathematician.

Edmund Kong from SM Air Putih, Kuantan, who scored 9A+, 1A and 1A-, said the new criteria was a “double blow” for him.

“Previously, my grades were not that good. So, I decided to take more subjects.

“But with this new condition, I would have to look at other alternatives,” Kong said.

Last year, SPM top scorers who were offered the Graduate Bursary Programme, were told that they would have to study in local universities."