BUKIT LANJAN: An incident that both CPO and IGP should not and cannot treat lightly

BUKIT LANJAN: An incident that both CPO and IGP should not and cannot treat lightly

A 47-year-old woman claims that she was driving alone at 3am when four men in plainclothes on two motorcycles tried to stop her.

She then fled for her life, driving away and beating two red traffic lights to the nearest police station.

At the police station, two of the the four men on motorcycles then identified themselves as cops and a policewoman on duty at the station desk then issues two traffic summonses.

“The woman claims she feared for her safety as she did not know that the four men on the two motorcycles were cops,” Gerakan Deputy Speaker Syed Abdul Razak Alsagoff said.

“We do not know what really happened and who is telling the truth. The woman or the two of four men on two motorcycles.

“What is worrying is the way the case has been handled by the policewoman on duty at the station. The fact remains the woman did drive speedily to the nearest police station for safety at three in the morning,” he added.

Syed Razak asked: “Did the woman deserve to be booked twice for beating the red traffic lights in her bid to flee from the four men and to the nearest police station?”

Now, Syed Razak said, it is for the cops, preferably police internal affairs, to further investigate the incident.

Syed Razak, who is Gerakan’s nominee to contest N.37 Bukit Lanjan in the coming 14th General Election (GE14), said both the Penang Chief Police Officer (CPO) and the Inspector-General of Police (IGP) cannot afford to treat the case lightly.

“Did the police refuse to allow the woman to lodge a police report?”

Syed Razak said the truth of the incident must be investigated so that public confidence in the police force “is not further eroded”.

“If the cops were above board, then further action must be taken on the woman driver, not only for beating two red traffic lights but for making baseless accusations, thus tarnishing the image of the police force.

“Either way, this is no minor matter that can just be laid to rest with just two traffic bookings. The incident warrants proper investigations and further action,” Syed Razak added.

Here are two reports by The Star Online and online news portal Free Malaysia Today (FMT) on the incident based on accounts by the woman driver:

NIBONG TEBAL: A single mother beat two red traffic lights in her panic to get to a police station after at least four unknown men on motorcycles chased her in the middle of the night.

The motorcyclists turned out to be policemen and Ooi Geok Swan, 47, ended up with two traffic summonses for beating the red lights when she reached the police station in Jawi near here.

Ooi, 47, wants the summonses cancelled and claimed that the motorcyclists were wearing plain clothes and did not identify themselves when they approached her car at a road junction in front of the Sungai Bakap Chinese cemetery.

She said she was on her way home alone when the men in dark clothes approached her car and knocked on the windows on Monday. (March 13, 2017)

“I panicked and sped off as it was 3am and there was no one else in the area.

“While driving, I noticed them following me on their motorcycles and I decided to go to the Jawi police station for help,” the single mother told a press conference called by Jawi assemblyman Soon Lip Chee at his service centre in Taman Bukit Panchor yesterday.

Ooi said she panicked and ran the two red lights in her haste to get to the police station more than 1km away.

She said two of the motorcyclists followed her into the station’s compound where they identified themselves as policemen and asked her why she was running away from them.

“I told them that I did not know that they were policemen, as they had not identified themselves or shown their authority cards,” she said, adding that she was subsequently issued two traffic summonses by a woman police constable at the station.

Dissatisfied, Ooi brought a friend to the station later in the day to lodge a report on the incident but she claimed that the police did not want to take down her report and told her to settle the summonses instead.

She then decided to approach Soon for help.

Soon said he would write to state police chief Datuk Wira Chuah Ghee Lye to ask him to investigate the matter and to cancel the summonses as the policemen did not identify themselves which resulted in Ooi speeding off in fear to the police station.

Chased by 4 men on bikes, then served traffic summonses

Woman has harrowing night as she beats two traffic lights after being chased by men on bikes only to be served with two traffic summonses for her actions. 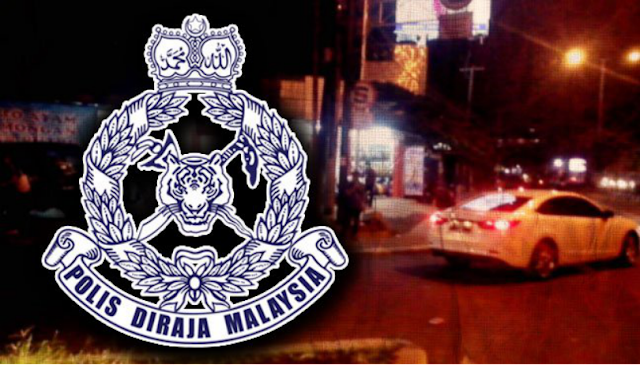 PETALING JAYA: A woman had a harrowing experience when she sped away from four men on motorbikes who chased her, only to be served with two traffic summonses for beating traffic lights in her bid to escape them.

In a report by The Star, Ooi Geok Swan, 47, now wants the traffic summonses cancelled as the four men who gave chase on their motorcycles did not identify themselves as policemen and were not in their uniforms either.

Ooi, a single mother, said she was returning home at 3am when four men in plain clothes approached her car at a road junction in front of the Sungai Bakap Chinese cemetery in Nibong Tebal.

They knocked on her car window but did not identify themselves, she claimed, causing her to panic for her life, and make the decision to speed off.

“I panicked and sped off as it was 3am and there was no one else in the area.

“While driving, I noticed them following me on their motorcycles and I decided to go to the Jawi police station for help,” she told a press conference called by Jawi assemblyman Soon Lip Chee at his service centre in Taman Bukit Panchor yesterday, The Star reported.

In her haste to reach the police station as quickly as possible, Ooi beat two red lights.

She also noticed that two of the motorcyclists followed her into the compound of the police station where they identified themselves as policemen and asked why she had sped away from them.

“I told them that I did not know that they were policemen, as they had not identified themselves or shown their authority cards,” The Star quoted her as saying.

She was subsequently served with two traffic summonses by a woman police constable at the station.

A few hours later, Ooi returned to the same police station with a friend to lodge a report on the incident but claimed police there refused to accept her report. They also told her to settle the two traffic summonses instead.

Assemblyman Soon said he would write to state police chief Chuah Ghee Lye to initiate an investigation into the case and to cancel the traffic summonses issued to Ooi.

He said since the policemen did not identify themselves, Ooi sped off in fear to the nearest police station. - FMT"