BUKIT LANJAN: Private sector now contributing to the housing woes of the poor 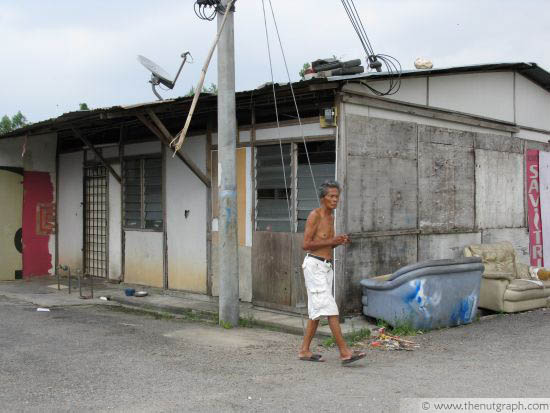 BUKIT LANJAN: Private sector now contributing to the housing woes of the poor

The federal government’s attempt to help the lower-income group to own a house under the 1Malaysia People’s Housing Programme (PR1MA) is to be lauded.

However, and unfortunately, the attempt may not be good enough to really solve the housing needs of all the lower income rakyat (people), especially the hardcore poor.


Gerakan Deputy Speaker Syed Abdul Razak Alsagoff said the snag to the housing woes of the poor was due to growing cost of living and almost stagnant wages.

He said both the private and public sectors must sincerely help alleviate the slow growth of wages in order to make PR1MA really successful.

“For far too long, wages have remained low while the cost of living growth rate had risen much faster. This has caused the current acute woes of the poor,” he added. 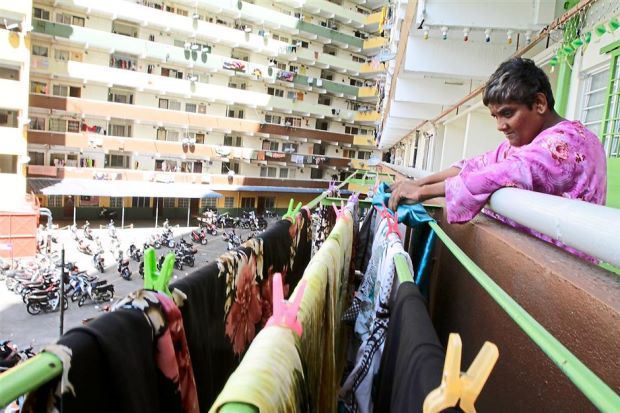 Syed Razak, who is Gerakan’s nominee to contest N.37 Bukit Lanjan in the coming 14th General Election (GE14), said there was a time when the rakyat preferred to work in the private sector than to become civil servants.

“The federal government had, over the past decade or two, managed to raise the salaries of civil servants to an acceptable and reasonable level, with the majority now able to own houses.

“However, this is not the case today for the private sector. Wages have remained unacceptable and unreasonably low for the low-income group due to rising costs of living.

“They are in no position to secure housing loans because they don’t earn enough to service their monthly loans after deducting monthly taxes, food, transport, and many other family-related expenses,” he added.

Syed Razak said just examine yourself the estimated loan eligibility and monthly repayment under PR1MA for those earning a monthly remuneration of RM2,500, RM3,000 and RM4,000. 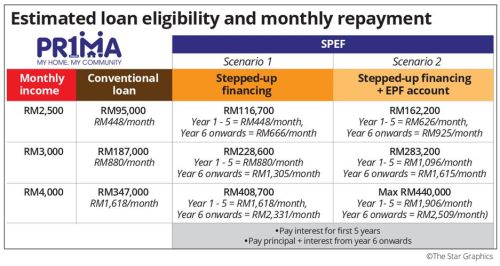 “The urban lower income group or poor cannot possibly afford to borrow to buy a house. Can you if you are working in the Klang Valley, George Town and Johor Baru?

“A big chunk of monthly expenses is gobbled up by food and lodging, motorcycle or car monthly instalments and other household expenses.

“Imagine if one is married and is raising a kid or two. You expect him or her to be able to secure a housing loan and pay monthly instalments as estimated in the image above?”

Syed Razak reiterated that the housing woes of the lower income group and poor “can only be resolved with both the private and public sectors acknowledging the meagre earnings of workers and really doing something about that”.

Putting a roof over their heads

PETALING JAYA: At least 15,000 Malaysians, who were unable to secure bank loans after successfully applying for 1Malaysia People’s Hou sing Programme (PR1MA) hou ses, will now get their homes thanks to a special end-financing scheme.

The scheme, which took effect from Jan 1, allows them to get a higher loan with lower monthly instalments so that they could afford their chosen PR1MA home.

“All was good until after the balloting stage, where they are allocated their unit. After that, they go to the banks and realise they are either ineligible for a housing loan, or that the margin was insufficient.

The new scheme for PR1MA homebuyers offers “stepped-up” financing for the first five years and a second option to withdraw from the Employees Provident Fund (EPF) Account Two.

Under both options, a homebuyer pays only the monthly interest for the first five years; the principal amount is added on from the sixth year until the loan is paid off.

Abdul Mutalib said applicants must be first-time housebuyers with offer to purchase (OTP) letters from PR1MA, have individual or household monthly incomes between RM2,500 and RM15,000, and not blacklisted under the Central Credit Reference Information System.

PR1MA has partnered with four banks to provide the special end-financing scheme – Maybank, RHB Bank, CIMB Bank and AmBank. It is supported by EPF and approved by Bank Negara.

The Government had also recently raised the household income eligibility of applicants from RM10,000 to RM15,000.

Abdul Mutalib explained that PR1MA had received cases where households above the previous RM10,000 limit still could not afford to buy homes at market prices.

“This will not affect those earning below RM10,000 because in our database, 64% of applicants have a monthly household income of between RM2,500 and RM4,000,” he said.

On the Government’s move to halve the moratorium period for the resale of PR1MA homes, Abdul Mutalib said PR1MA and its partner banks agreed that five years was a reasonable period.

“Most PR1MA houses are usually bought by first-time house owners. We reckon they would want to keep their homes rather than cash out after five years.

“Also, some of them would be at the start of their career when they buy a house. As they progress, their needs will change so they can upgrade to a more suitable property after five years and not 10,” he said.

PR1MA has also proposed that the Government begin the moratorium period from the date of the Certificate of Completion and Compliance (CCC), instead of the Sales and Purchase Agreement signing date."