BUKIT LANJAN: It’s the US we have to fear, not China! BUKIT LANJAN: It’s the US we have to fear, not China!


The above video link which was found shared in Facebook is a typical example of US-propaganda with a clear geo-political and geo-economic attack agenda on China for global dominance.


Whether you like it or not, all countries are sucked into the global psy-war or Cold War for dominance between the world’s No.1 (the US) and No.2 (China) economies.

What Malaysians must ask is this: Is the video link above credible? Don’t be so gullible.

Basically, the message in the video clip is to warn the rest of the world of China’s devious and evil intention to “conquer” countries via their economic might.

Well, who was it that attacked and bombed Iraq to the ground? Where are the nuke bombs and facilities that the US claimed existed in Iraq?

Has the US admitted and apologised for their false claims on Iraq, after killing millions of Iraqis? So, is the US still credible in any of their claims and accusations of others?

And, the US has been selectively going around attacking sovereign countries to suit their hidden agenda. Has China done that?

“The fact is China is slowly but surely gaining the support and confidence of sovereign states, especially in Asia. And that has made the US mighty envious and jealous of China,” Gerakan Deputy Speaker Syed Abdul Razak Alsagoff said.

“Unfortunately, gullible Malaysians are still falling for the US propaganda against China as reflected by their criticisms and prophets of fear against the billions of ringgit in investments flowing into Malaysia.

“The prophets of doom or fear are saying the federal government is selling out Malaysia to China. But the Philippines, Indonesia and Thailand are also aggressively luring China for investments.

“Are the governments of the three sovereign nations also selling out their countries to China? Do we want to lose the investments to our neighbours?

“As long as Malaysians remain united and strong, we should not fear foreign investments from any country. We are a sovereign state and the rakyat (people) is the boss who gets to elect the government of the day every five years,” he added. 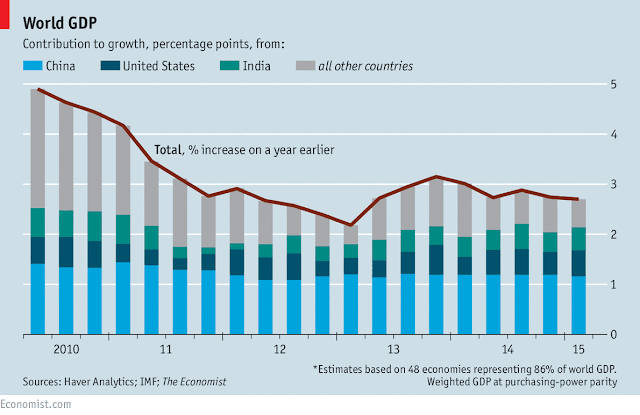 Syed Razak, who is Gerakan’s nominee to contest N.37 Bukit Lanjan in the coming 14th General Election (GE14), said “Malaysians have to wake up to the fact that they are the ones ruling Malaysia, not foreigners”.

He reminded critics that the Chinese “are a very practical race and business and trade are their forte”.

“Look at how China has transformed itself into a global economic power house in just 40 years! They did it not by creating wars and bombing sovereign states.

“They did it through sheer hard work and competency. They did it via quality education and excellence in Science and Technology,” he added.

According to news reports, the US debt to China is US$1.05 trillion, as of November 2016. That's 27.8 % of the US$3.77 trillion in Treasury bills, notes, and bonds held by foreign countries. The rest of the US$19.9 trillion national debt is owned by either the American people or by the U.S. government itself.

And, the debt level does not include state and local debt, so-called “agency debt” and the so-called unfunded liabilities of entitlement programmes like social security and medicare. Federal debt per person is about US$61,087. 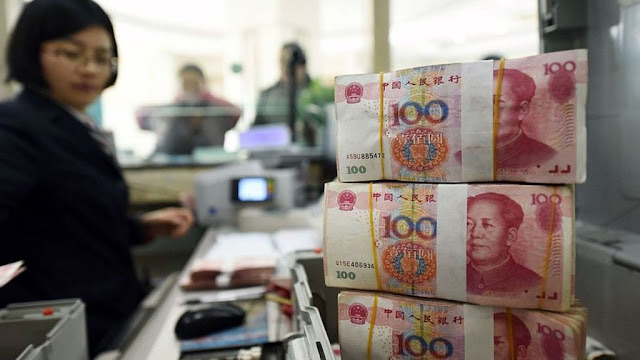 Syed Razak asked: “Isn’t it clear that China is a growing global economic threat to the US’ supremacy? And it’s hurting the great American ego, fanning enormous jealously.

“Why do you think the Americans elected Donald Trump as their 45th president who is now aggressively implementing protective economic measures to save and make America great again.

“Things are really not looking that great for the Americans and the US today. So, be objective and be wary of the critics of China who are either misled, ignorant or are carrying out an agenda for the US,” he added.

Syed Razak said another matter of importance and interest was
China's foreign exchange reserves that fell by US$12.3 billion in January 2017 to US$2.998 trillion, compared with a drop of US$41 billion in December. It was the seventh straight month of decline and the first time in nearly six years that reserves were below the closely watched $3 trillion level, even as authorities tried to curb outflows by tightening capital controls.

The main reason for the fall in reserves was China’s super aggressive global investments for the long-term benefit of the people of China.

“Let’s not be too gullible with the US propaganda for the rest of the world. Digest information logically, not emotionally and mixed with unsubstantiated claims and based on a single negative factor,” Syed Razak said.

· Exactly How Much U.S. Debt Does China Own? And Why? 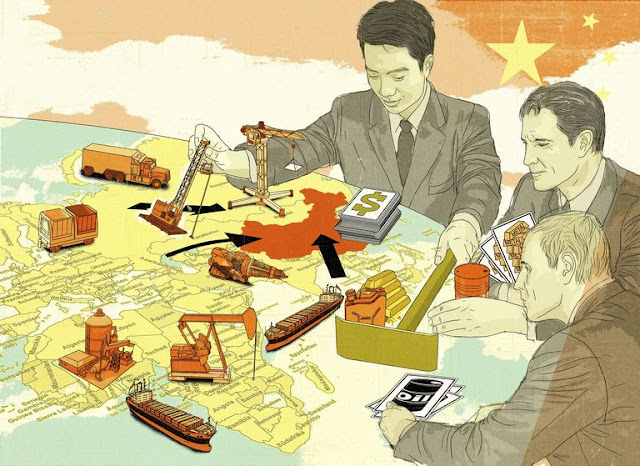 The U.S. debt to China is $1.05 trillion, as of November 2016. That's 27.8 percent of the $3.77 trillion in Treasury bills, notes, and bonds held by foreign countries. The rest of the $19.9 trillion national debt is owned by either the American people or by the U.S. government itself. For more, see Who Owns the U.S. National Debt?

China holds less than the $1.11 trillion held by Japan. Both countries have reduced their holdings in the past year, but China has reduced it faster.

China held $1.3 trillion in U.S. debt in November 2013. The reason China is reducing its holdings is to allow its currency, the yuan, to rise. To do that, China has to loosen its peg to the dollar. That makes the yuan more attractive to forex traders in global markets.

Long-term, China wants the yuan to replace the U.S. dollar as the world's global currency. China is also responding to accusations of manipulation. For more, see Currency Wars.

Before February 2014, China had been strengthening the yuan in response to U.S. pressure. ThenBut it reversed course when the dollar rose 25 percent in 2014 and 2015, dragging the yuan with it. China needed to lower the yuan to remain competitive with other emerging markets with free-floating currencies. For more, see Asset Bubble and Yuan to Dollar Conversion.

China has consistently held more than $1 trillion in U.S. debt every year since 2010. That's when the Treasury Department changed how it measures the debt.

Before July 2010, Treasury reports show China held $843 billion in debt. This makes it difficult to make long-term comparisons. (Source: "Major Holdings of U.S. Treasury Securities," Department of the U.S. Treasury, September 6, 2016.)
How Did China Become One of America's Biggest Bankers?

China is more than happy to own close to a third of the U.S. debt.

The United States allowed China to become one of its biggest bankers because the American people enjoy low consumer prices. Selling debt to China funds federal government programs that allow the U.S. economy to grow. It also keeps U.S. interest rates low. But China's ownership of the U.S. debt is shifting the economic balance of power in its favor.
Why Does China Own So Much U.S. Debt?

China makes sure the yuan is always lower than the U.S. dollar. Why? Part of its economic strategy is to keep its export prices competitive. It does this by holding the yuan at a fixed rate compared to a "currency basket" of which the majority is the dollar. When the dollar falls in value, the Chinese government uses dollars it has on hand to buy Treasuries. It receives these dollars from Chinese companies that receive them as payments for their exports.

China's Treasury purchases increases demand for the dollar and thus its value.

Also, China promises to redeem dollars for yuan at the fixed rate. It must keep a good supply of Treasury notes in reserve to do that.

China's position as America's largest banker gives it some political leverage. Now and then, China threatens to sell part of its debt holdings. It knows that if it did so, U.S. interest rates would rise. That would slow U.S economic growth. China often calls for a new global currency to replace the dollar, which is used in most international transactions. China does this whenever the United States allows the value of the dollar to drop. That makes the debt China holds less valuable.
What Would Happen If China Called in Its Debt Holdings?

China would not call in its debt all at once. If it did so, the demand for the dollar would plummet like a rock. This dollar collapse would disrupt international markets even more than the 2008 financial crisis. China's economy would suffer along with everyone else's.

It's more likely that China would slowly begin selling off its Treasury holdings. Even when it just warns that it plans to do so, dollar demand starts to drop. That hurts China's competitiveness. As it raises its export prices, U.S. consumers would buy American products instead. China could only start this process if it further expands its exports to other Asian countries and increases domestic demand.
China's Debt-Holder Strategy Is Working

China's low-cost competitive strategy worked. Its economy grew 10 percent annually for the three decades before the recession. Now it's growing at 7 percent, a more sustainable rate. China has become the largest economy in the world. It's outpaced the United States and the European Union. China also became the world's biggest exporter in 2010. China needs this growth to raise its low standard of living. Despite its threats, China will continue to be the world's largest holder of U.S. debt."