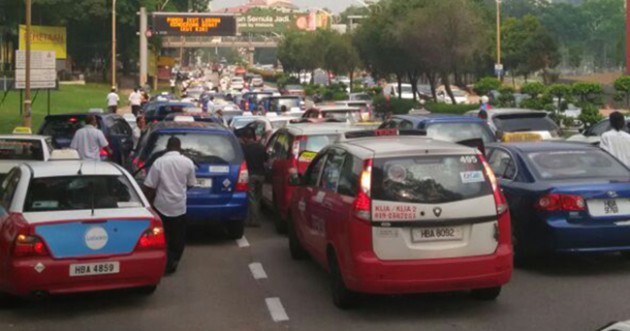 The owner or driver of the Honda Civic who indiscriminately parked his car on a railway track in Klang is a classic example of a selfish and inconsiderate motorist.

Gerakan Deputy Speaker Syed Abdul Razak Alsagoff reiterated that only uncivilised and uneducated morons will deny the use of such facilities provided for the disabled.

“Now, in this case, the motorist had not only been selfish and inconsiderate, he has caused public incovenience and compromised safety.

“No wonder the video clip (above) of the incident recorded by a witness has gone viral on Facebook,” he added. 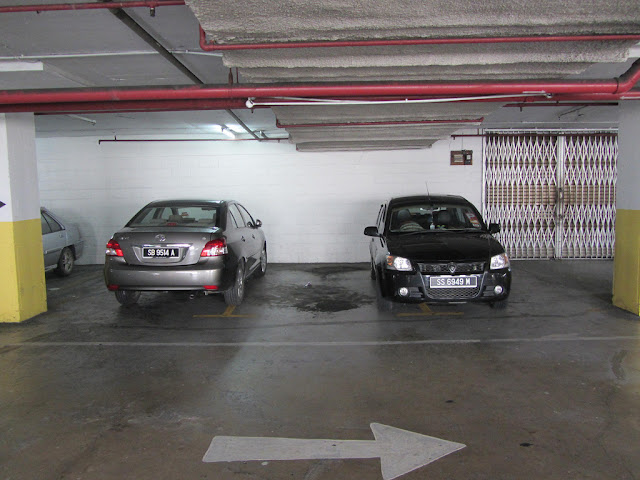 “He must be slapped with the maximum of RM5,000 fine under Section 48 of the Road Transport Act. Both the police and RTD must act, including suspending the driving licence of the motorist if this is within the power of the authorities,” he added.

Syed Razak said the growing menace and danger posed by selfish and inconsiderate Malaysian motorists that include road rage bullies must be treated seriously by the law. 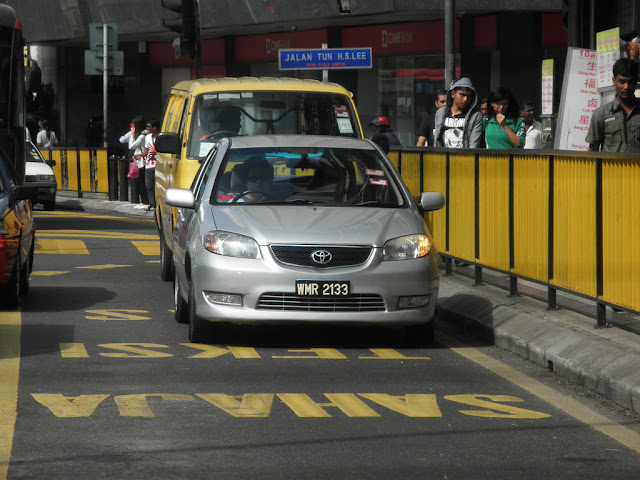 “Legal action must be taken against them and the full brunt of the law must be meted out so as to deter such inconsiderate and selfish motorists from behaving as such.

“If education and advice cannot change the attitude and behaviour of such Malaysians for the better, punitive action is perhaps the only way to try and better communities,” he added.

This was what was reported by online news portal Free Malaysia Today on the issue: 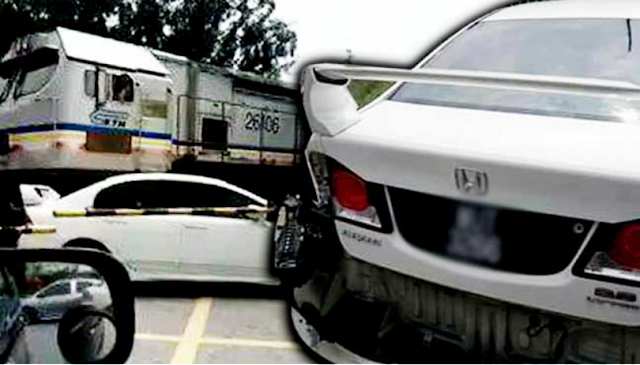 PORT KLANG: A car parked on a railway track was damaged when it was slowly pushed out of the way by a train yesterday.

A video clip of the incident recorded by a witness has gone viral on Facebook. It shows the train slowly edging past the car as the train driver tries to inflict as minimal damage as possible on the Honda Civic.

According to NST Online, the car owner is now facing a fine of up to RM5,000 as police are investigating the case under Section 48 of the Road Transport Act.

Police said the man, 56, had parked his car on the railway track in Jalan Pelabuhan Selatan at about 10am to catch a ferry to Pulau Ketam.

He is believed to have been meeting friends on the island to celebrate the Chinese New Year.

“When all attempts to contact the owner failed, KTMB auxiliary police personnel, with the assistance of members of the public, attempted to move the vehicle at about noon, as a locomotive was scheduled to pass the stretch at 1pm,” he said.

However, they could not move the vehicle as it was parked too close to other cars.

The Honda Civic was still in the way at 1pm when the train arrived. As the train approached the car, it slowed and came to a standstill before finally grazing past the rear of the vehicle.

The train driver has lodged a police report, said Alzafny."