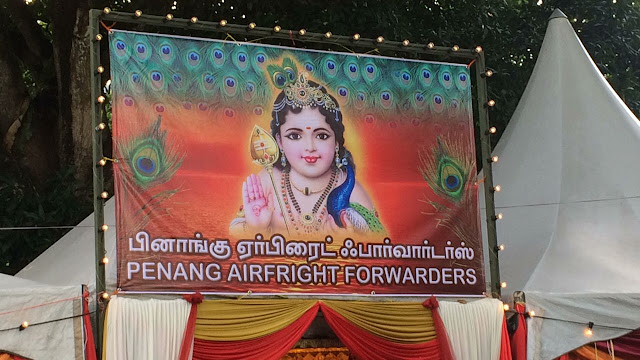 The above image was shared in WhatsApp. What’s “Penang Airfright Forwarders”? What’s the fright?

The frightening part is the standard of English language.

This blog wishes to stress the point again why the standard and command of the English language must be raised to avoid further public and global embarrassment for Malaysians and Malaysia.


And, please, this blog posting is not an attempt to embarrass the religion or Penang. It so happens that the English boo boo (could also be typo) was spotted and shared in WhatsApp.

Another reason why this blog is raising this “poor English” language issue is because of its earlier blog posting (http://bukitlanjan.blogspot.my/2017/02/bukit-lanjan-atrocious-english.html).

Please read in full the blog post before even making such unsubstantiated and politically emotional accusations and comments.

Have such critics or commentators really read the contents of the blog post? If they had, they would not take it as a political attack.

Education and the standard of English have nothing to do with politics, but unfortunately certain quarters had chosen to do so.
This blog stresses that bad English language is a boo boo not only found in Penang but nationwide.

It just so happens that the boo boos spotted and shared in the electronic social media originated from Penang.

This blog reiterates it is only proposing that governments set up a monitoring or enforcement committee to protect the tourism image of their states by ensuring that both private and public sectors treat the bad English language problem seriously.
The proposed committee must act to ensure that such boo boos are corrected immediately and minimised, and not treat it as “nothing important”.

Ignoring the importance of English proficiency will only result in further deterioration of standards, turning Malaysians and Malaysia into a global butt of jokes.