BUKIT LANJAN: Do we want science and economic progress but with adults who abandon their aged parents?

May 20, 2017
BUKIT LANJAN: Do we want science and economic progress but with adults who abandon their aged parents?

It is a wonder whether the 21st Century children will grow up understanding and upholding the Confucian philosphy, filial piety.

What more, do the late 20th Century children even know or heard of filial piety?

Filial piety is a virtue of respect for one's parents, elders, and ancestors.

"We are now hearing many parents saying that it would be a folly to place too much hope and confidence on their children to care for them as they aged," Gerakan Deputy Speaker Syed Abdul Razak Alsagoff said.

Syed Razak said it was extremely sad to read The Star Online report from China titled "Woman in 80s abandoned by children, left bedridden for a month".

"Do we really want science and economic progress but ignore the deteriorating virtues of human values and respect?"

Syed Razak, who is Gerakan's nominee to contest N.37 Bukit Lanjan in the coming 14th General Election (GE14), said Malaysia must therefore give equal importance to moral and civics education.

"What is science and economic progress without a society of respectful and responsible adults?"

Syed Razak urged the Education Ministry to look into, and if needed, review the effectiveness of primary school moral and civics education syllabus to suit the needs of the 21st Century electronic and IT era.

"We need to instill high moral and civics values on our young so that they grow up to be respectful and responsible adults, not like the four children in China who abandoned their 80-year-old mother," he added.

Here's the report of the 80-year-old woman's ungrateful children:

Woman in 80s abandoned by children, left bedridden for a month 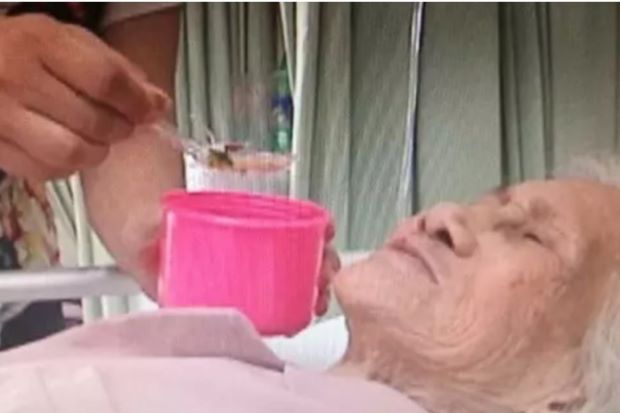 SHANTOU: A woman in her 80s was left bedridden at home by herself in southern China for more than a month with none of her four children coming to look after her, a local television station reported.

Zhang Luanmei fell and suffered a head injury at the beginning of April at her home in Shantou, in Guangdong province, according to a report by Shantou TV.

She was occasionally given assistance by neighbours and “other kind-hearted people” the report said without elaborating.

Her husband died some time ago, and none of her two sons and daughters live with her. Zhang lived alone and had been begging on the street for many years.

None of her children showed up at her home until recently, when her younger daughter who works in another city returned to Shantou and sent her to hospital.

The daughter said her elder brother, 55, also lived in Shantou, but had refused all requests to help look after his mother.

“He didn’t come to see Mum at home nor gave her any money,” she told the television station. “He said he suffered from hypertension and couldn’t come. He also said it was no big deal if Mum died.”

The daughter hoped her other siblings would take turns to looked after their mother. - South China Morning Post"