BUKIT LANJAN: Ranked 35th in GII is nothing to shout about 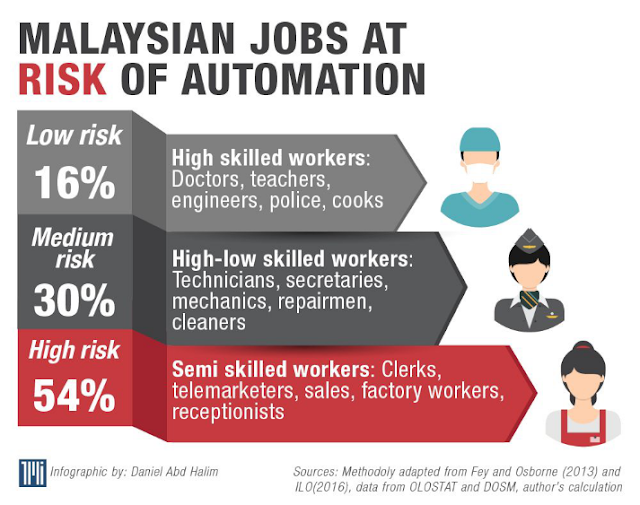 BUKIT LANJAN: Ranked 35th in GII is nothing to shout about


Is that anything to shout about or to be proud of?

“I say no. If we want to really succeed in achieving developed nation status, Malaysia must be in the Top 20,” Gerakan Deputy Speaker Syed Abdul Razak Alsagoff said.

“Yes, ranked 35th among 128 countries looks good at a glance. But, really, it is nothing to shout about. We need not take account into those countries below the 20th position.

“We don’t, and it is a folly to compare Malaysia’s performance with the weaker and poorer countries. We must strive to get into the Top 20 and kick some other country out.

“Now, that’s shouting to crow about … something to be proud,” he added.

Syed Razak said: “In fact, based on MyIPO’s own admission, Malaysia’s position in the GII had not seen any significant changes. This means we are stagnant?” 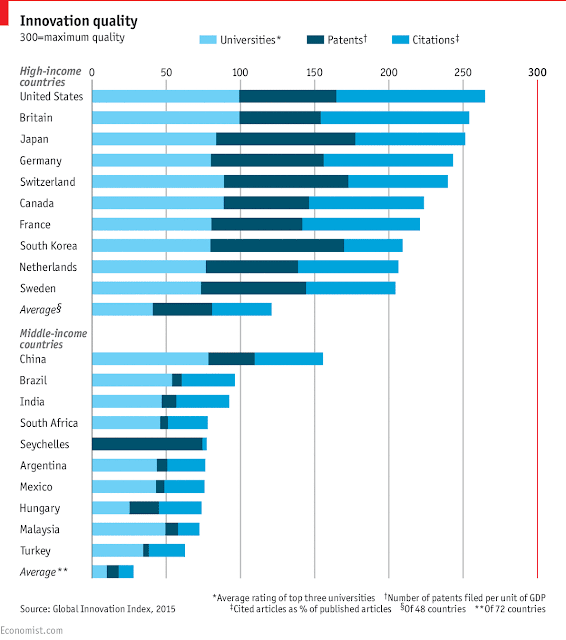 Syed Razak, who is Gerakan’s nominee to contest N.37 Bukit Lanjan in the coming 14th General Election (GE14), said “no matter how you want to crow about the 35th position, what significant international quality achievement have we made in terms of medicine, science and technology?”

“Until we are able to make such breakthroughs consistently, Malaysia will remain where it is or even falter further,” he added.

It is also relevant to reiterate and note Khazanah Research Institute (KRI)’s report (released on April 28, 2017) that more than half of jobs in Malaysia face a high risk of being lost to automation over the next two decades.

KRI identified four of five of these jobs are semi-skilled workers such as factory workers, clerks and telemarketeers and that 90% of these semi-skilled jobs are held by Malaysians.

The KRI report on technology, employment and the Malaysian economy says the country risks deindustrialiation if it does not adopt labour-saving technologies.

“The report warned that robotics and artificial intelligence are retooling the workplace faster than we can make sense of it. The report asked: ‘What should we do, for instance, with the taxi drivers and long-haul truckers who could see their livelihoods evaporate with the evolution of self-driving vehicles?

“And the researchers say not only is the world changing at breakneck speed, but that sociologists and economists can’t keep up with what the fallout will mean for the workplace.”

“Policymakers are flying blind into what has been called the fourth industrial revolution or the second machine age,” wrote Tom Mitchell and Erik Brynjolfsson in an essay in the journal Nature this month. (For details and context read this: http://bukitlanjan.blogspot.my/2017/05/bukit-lanjan-start-preparing-malaysians.html)

“Again, I ask, what are our governments (state and federal) doing about it to prepare Malaysians for the robotics era which most certainly need much innovation.

“Is our education system, up to tertiary level, able to churn out innovative talented individuals for a quality and relevant workforce or human capital to meet the needs of a developed nation?

“If not, it is high time for our Education Ministry to overhaul the system to suit current and future needs of a developed Malaysia. If not, we will continue to meet the fate or demise of Vision 2020,” Syed Razak said. 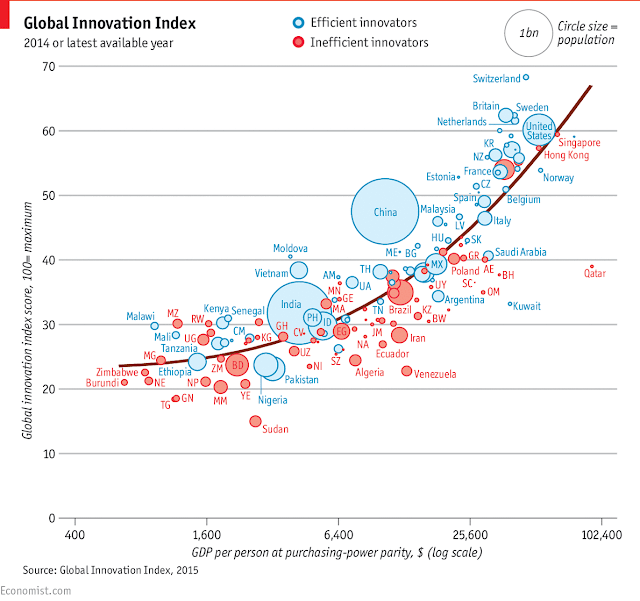 This was what was reported by the NST:

Kuala Lumpur: Malaysia maintained its position in the Global Innovation Index (GII) at the 35th spot once again for 2016.

The ranking is favourable out of the 128 countries participating in the GII, which is aimed at encouraging the creation of intellectual property and innovation.

In the upper-middle-income economies group, Malaysia stood at the second spot, just after China.

MyIPO chairman Datuk Seri Abdul Manan said although there have not been any significant changes in Malaysia’s position in GII, it was interesting to note that the number of participants have increased.

“We are on the right track. I believe that this year, we will be able to move up the ranks, as the number of registered participants is very promising for the first quarter of 2017,” he said."