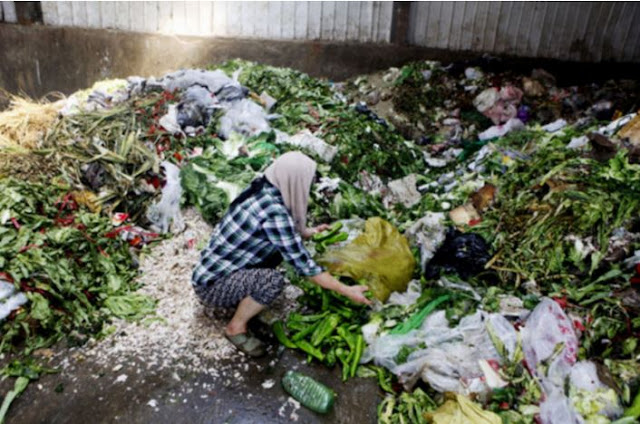 Malaysians waste more than 15,000 tonnes of food daily and that is enough to feed millions of hungry mouths daily.

Given the current economic hard times, it is time for the federal government, restaurateurs and hoteliers to seriously consider effective measures to stop the wastage immediately.

“They must also consider doing good to mankind by giving away clean leftovers to the poor and hungry,” Gerakan Deputy Speaker Syed Abdul Razak Alsagoff said.

He said the poor and hungry “are really feeling the pinch of a sluggish global economy that is also affecting domestic economic activities and performance”.


“Really, why can’t the federal government, restaurateurs and hoteliers show magnanimity to the needy and poor during the current hard economic times?

“Why dump food into garbage bins when there are many hungry mouths to feed, including vagrants,” he said, adding that clean leftovers could also be delivered to orphanages and homes for the needy and poor. (View the above video clip to see the feeding of hungry children) 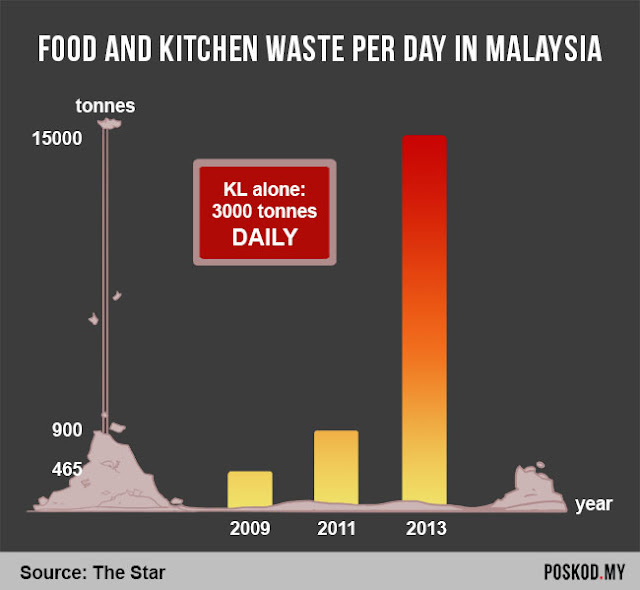 Syed Razak, who is Gerakan’s nominee to contest N.37 Bukit Lanjan in the coming 14th General Election (GE14), said the private sector in the food and beverage industry should make it their collective caring corporate responsibility on this matter.

“In fact, the federal government via local governments can also help in manpower to provide coordinators and help distribute food to the poor, especially those in the rural areas.

“This will be a true reflection of a caring government, a government that truly helps the poor and needy. All it needs now is to set up the departments to coordinate the stoppage of food wastage.

"And, in the spirit of the holy month of Ramadhan where every Muslim is required to fast from dawn to dusk, let's kick start this initiative to avoid food wastage and to give extra food and clean leftovers to feed the poor, hungry and needy.

"It's the perfect time for the federal government to launch such a massive Malaysian initiative in this direction," he added.

Here are two news reports on the issue posted by The Star Online: 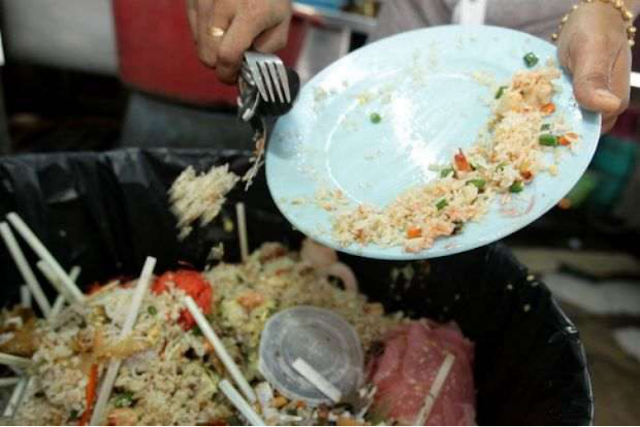 KUALA LUMPUR: Malaysians waste 15,000 tonnes of food daily including 3,000 tonnes that is still fit for consumption and should not be discarded.

Deputy Agriculture and Agro-Based Industry Minister Nogeh Gumbek said the increasing food wastage especially during festive seasons should not be made a habit and should be curbed.

"Research conducted by the Malaysian Agricultural Research and Development Institute (Mardi) shows that 28.4% of the paddi produced is wasted. As for fruits and vegetables, 20 to 50% is thrown away," he said after opening the “MySaveFood” forum here Tuesday.

Nogeh said the government through Mardi is conducting several programmes nationwide to educate the public on the impact of food wastage to the people and the country.

Meanwhile, Food and Agriculture Organisation (FAO) senior enterprise development officer Dr Rosa Rolle said the Food Loss and Waste (FLW) Standard would be launched next month in a bid to address the challenges of quantifying food loss and waste.

"The FLW Standard will enable a wide range of entities, countries and other regions to account for and report in a credible, practical and internationally consistent manner, how much food loss and waste is created and identify where it occurs, thus enabling the targeting of efforts to reduce it," she said.

Dr Rolle said the development of the standard is being coordinated by the World Resources Institute (WRI) together with the Consumer Goods Forum (CGF) and the World Business Council for Sustainable Development (WBCSD).

"Globally, about 1.3 billion tonnes of food valued at RM4.4tril is lost or wasted yearly," she added.

The "MySaveFood" forum attended by 100 participants from government agencies and the private sector aims to create awareness about the food life cycle and to reduce food waste.

It is jointly organised by FAO and Mardi. - Bernama" 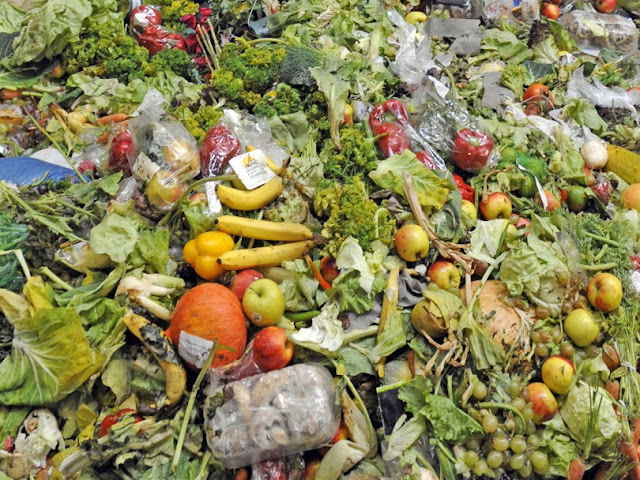 The food that Malaysians waste not only affects their pockets, but it is estimated to be enough to feed millions daily.

The research found that about a quarter of the food is wasted by Malaysians during preparation, production and consumption.

“In one study conducted by SWCorp, a household with five people spends an average of RM900 on food alone.

“If we take into account the fact that a quarter of food is wasted during preparation, production and consumption, the value of food thrown into the trash can every month is equivalent to RM225,” said SWCorp Technology Research Division environmental control officer Agustina Fithri Kasmaruddin.

This would total a whopping RM2,700 a year, which is more than RM2,400, the mean monthly salary for an individual in an urban area, according to the Department of Statistics’ Salaries & Wages Survey Report 2014.Another study conducted by SWCorp showed that Malaysians generated 38,000 tonnes of solid waste daily in 2016, of which 15,000 tonnes was food waste.

Avoidable food waste, Agustina explained, was food that could still be eaten when it was thrown, adding that “people rarely finish the food on their plates.”

“Based on SWCorp’s study, the average weight of an individual’s meal is 0.45kg a meal.

“It’s very worrying. Looking at the economy right now, people are suffering. Some can’t even afford to eat,” said Agustina.

The issues of food loss and food waste are becoming more and more prevalent as key matters for leaders to address as Malaysia’s food security becomes increasingly a national concern.

Food loss here means the loss of food between the farms and the retailers, in the case of the produce damaged during harvesting and transportation.

Food waste, on the other hand, is the food that is discarded by retailers and consumers, for instance unsold food that is destroyed by a supermarket after they pass their expiry date as well as uneaten food at hotel buffets.

“The issue of food waste is relatively new in the Malaysian context. It was very recently that the FAO said that food waste was important to food security.

But what can the average Malaysian do to reduce food waste?

According Dr Ainu Husna M S Suhaimi, head secretariat of the MYSaveFood Initiative, it is all about proper planning and awareness.

“It all starts with planning, if you plan your shopping well, you can reduce food waste.

Dr Ainu also said that overeating was itself a form of food waste and that reduced portions were encouraged.

“Malaysians believe it is better to cook more than being insufficient, but it should be the other way round,” she added. Leftovers should be frozen for later consumption and whatever that remains can be composted or fed to pets.

Passing this information on was part of the MYSaveFood initiative agenda, she explained.

“The MYSaveFood initiative gathers a network of government agencies, private companies and NGOs and informs everyone that everyone wastes,” she said.

They do this mainly through awareness programmes and forums such as the forum that was held last week in conjunction with the Agriculture and Agro-based Industry Ministry.

Initiatives by other agencies have also helped to bring food waste into the forefront, including the Lost Food Project that was recently launched.

The project introduced a food surplus collection service in partnership with Jasons Food Hall that pools together products and delivers to five charities twice a week.

“Everyone can do our own bit. Food waste is definitely a change of attitude and mindset, while food loss is more about technology,” said Dr Ainu."