BUKIT LANJAN: Will Malaysians or Malaysia be with North Korea in WWIII? 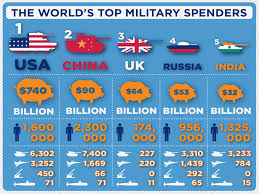 BUKIT LANJAN: Will Malaysians or Malaysia be with North Korea in WWIII?

Many still believe no one or nation wants World War III (WWIII), after the two devastating global conflicts (WWI and WWII).


If you still think so, think again!

“If or when WWIII breaks out, Malaysians and Malaysia, like the rest of the world, will have no choice but to take sides,” Gerakan Deputy Speaker Syed Abdul Razak Alsagoff said.

“Aren’t the humankind facing a dilemma of sorts? North Korea is certainly the World’s Dilemma today,” he added.

Police have already confirmed that the two women had used the highly toxic and banned VX nerve agent to assassinate Jong-nam.

“Do you believe that the two women had the connection to get hold of the VX or technology to manufacture it themselves?

“If not, they must have been made use of or are working for some espionage operative. And many believe the murder is linked to the rogue state - North Korea,” Syed Razak said.

Syed Razak, who is Gerakan’s nominee to contest N.37 Bukit Lanjan in the coming 14th General Election (GE14), said “there is simply no reason to support or trust North Korea in WWIII”.

“And this is the dilemma the world faces. Where should Malaysians and Malaysia stand?

Here’s what has been reported by Finance Twitter and posted by online news portal Malaysia Chronicle: 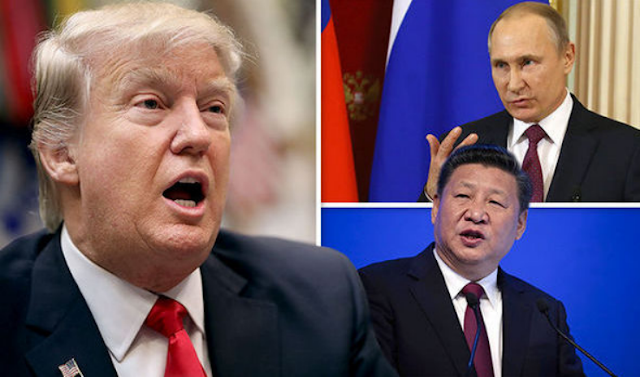 With great military power comes great responsibility. To the United States, however, aggression and responsibility are two interchangeable words used to suit their interests. When the U.S. Navy’s Carrier Strike Group 1 (CSG1) was sent to the South China Sea, China screamed that it was a challenge to its “sovereignty and security” but the U.S. shrugged it off as simply “freedom of navigation”.

U.S.’ military aggression is legendary. They have military bases all over the world – from Honduras to Oman, Japan to Germany, and Singapore to Djibouti. In fact, under the pretext of national security and global peace, the U.S. has established at least 800 bases in 80 foreign countries. In Germany alone, America has 174 “base sites” while there’re 113 in Japan. 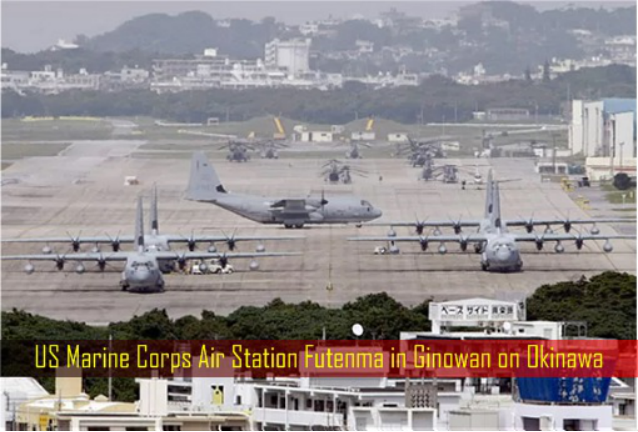 While America believes they are the good guys and have every right setting up military bases on foreign soil, they would most likely foam at the mouth if China or Russia, let alone Iran, built even a single base anywhere near the U.S. borders. They can point missiles at a foreign country that they don’t like, but no country can do the same to them.

One of the reasons that U.S. possesses 10 operating aircraft carriers is to bully, provoke, intimidate and start a war on foreign soil. And they can afford to do so because those wars are being fought far away from homeland. If they lose a war, they could easily pack, go home and start another war. North Korea notoriety means the U.S. must show who the sheriff in the region is. 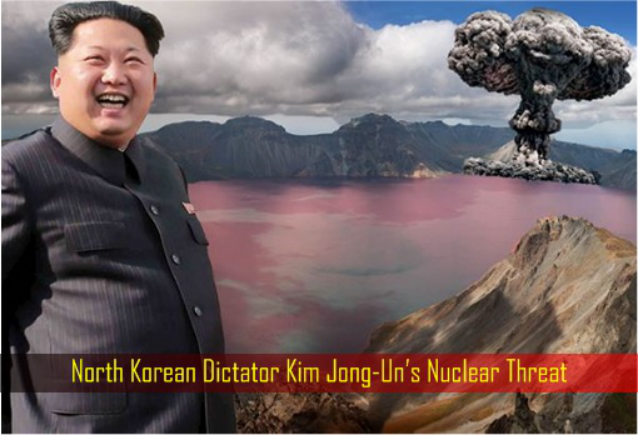 However, North Korea is not the only nation Trump administration tries to control in an attempt to demonstrate its power. Trump knew the U.S. military cannot start a war without a valid excuse. He wanted Kim Jong-un to shoot first. But North Korea also knew they are safe as long as they engage in war-of-words and doesn’t fire the first missile into South Korea or Japan.

On May 4, however, the U.S. House of Representatives passed a bill – with 419 to 1 margin – allowing Trump to not only tighten sanctions on North Korea, but also grants the U.S. president, as commander-in-chief, extraordinary power to take control of Syrian, Iranian, Chinese and Russian ports to ensure that no forbidden cargo reaches Pyongyang. 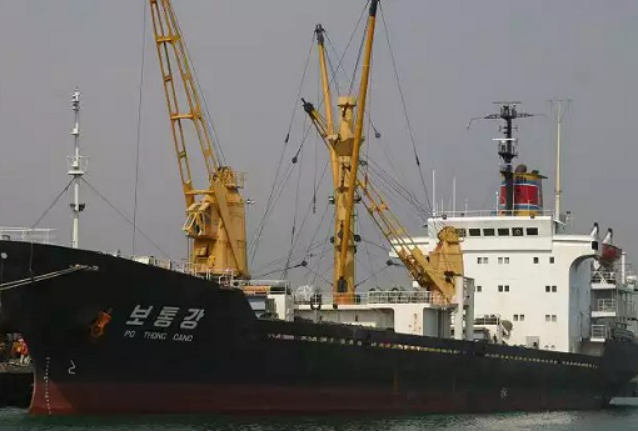 The Korean Interdiction and Modernization of Sanctions Act (H.R. 1644) is designed to undercut North Korea’s economy by cracking down on the network of banks and industries that help it avoid Western sanctions. In particular, it cracks down on North Korean shipping and use of international ports – including Chinese and Russian sea ports.

What this means is the U.S. Navy is being empowered to control the activities of a number of ports in China, Iran, Syria (Latakia and Tartus ports) along with the Russian ports of Nakhodka, Vanino and the Vladivostok sea port to ensure their compliance with the bans imposed on Pyongyang over its missile and nuclear tests. Of course, the Russian wasn’t impressed with the U.S. latest stunt. 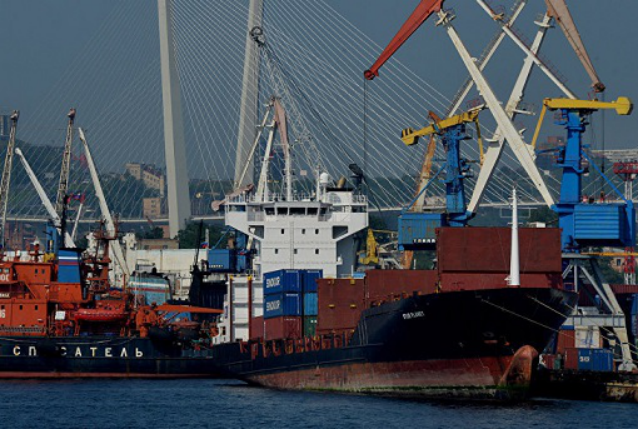 Konstantin Kosachev, chairman of the Russian Upper House’s International Affairs Committee, said – “The realization of this U.S. bill includes a proposed force scenario in which the US Navy would conduct compulsory inspections of all ships. Such a scenario is simply unthinkable because it means a declaration of war.” 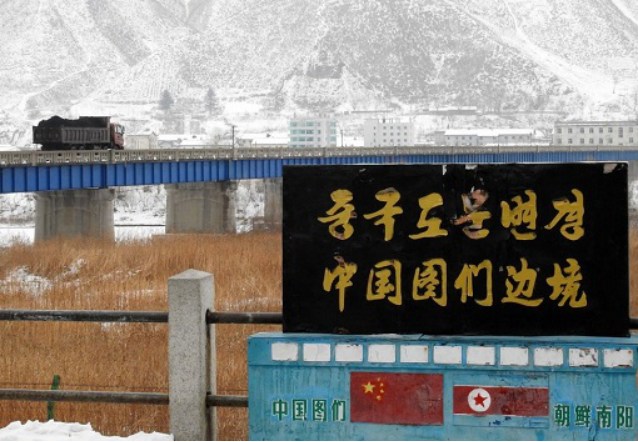 United States has been frustrated by the present ineffective economic sanctions slapped on North Korea because Iran, China and Russia continue to trade with the hermit kingdom. Trump administration was also not happy that Russia continues to veto any U.N. Security Council resolution to tighten sanctions against North Korea.

Russian lower house lawmakers described the fresh U.S. motion as a threat to global security, warning that Moscow would be forced to undertake reciprocal measures if the bill passed into law. Although it’s hard to see how the U.S. military could elbow their way into controlling Russian sea ports, the fact that U.S. lawmakers were discussing the proposal was already a hostile act. 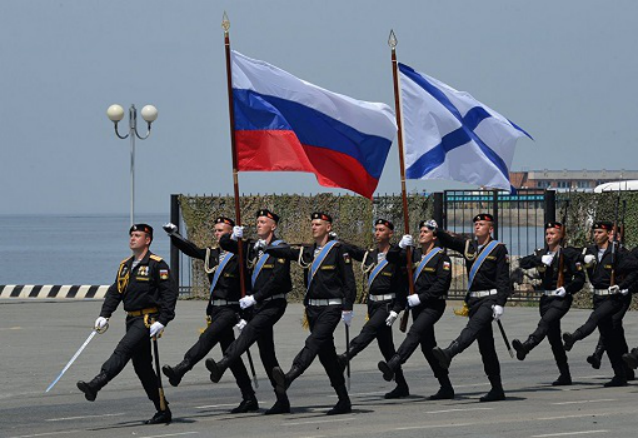 Amusingly, the Bill says that any Chinese and Russian vessel including military, and aircraft carrying on regular passenger flights to the US, are subject to seizure by the U.S. authorities due to a simple fact that these countries’ fleets have been visiting the North Korean ports and the North Korean workers have been legally allowed to work in Russia and China.

The Bill also dictates that the moment President Trump signs it into the law, the U.S. grants itself the “right” to start seizure of Russia’s, Chinese, Iranian and Syria capital, properties, vessels and aircraft, civilian as well as military, on the territories under the direct jurisdiction of the US laws, if not all over the world. 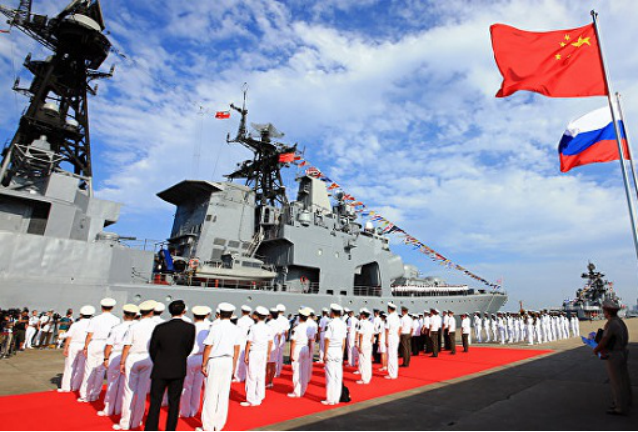 Kremlin accuses the United States of trying – again – to expand its jurisdiction all over the globe. Perhaps Russia or China should introduce a similar legislation in their own respective country, empowering their military to inspect, search and seize any vessels docking at American seaports, in addition to special authority to inspect sea ports in the U.S. too.

What grass has Donald Trump been smoking? Sure, go ahead and send a U.S. Navy’s Carrier Strike Group to control any of the Chinese and Russia sea ports. The world would like to see how would Russian Navy deals with U.S. Navy who forcefully conducts compulsory inspections of all ships at Russian ports. 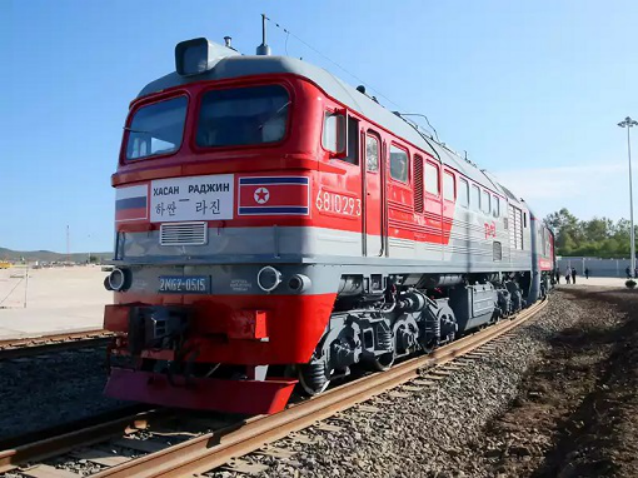