An economist has warned that Malaysia’s national debt level is fast reaching the maximum level for a developing country.

“Whether Yeah’s assessment and analysis is accurate or not, it cannot be taken lightly,” Gerakan Deputy Speaker Syed Abdul Razak Alsagoff said.

He said how bad the impact would be on Malaysians should the national debt level surpass 80% of Gross Domestic Product (GDP) had yet to be seen or experienced.

“It is better for the federal government to ensure that the country’s economy and financial management did not lose control of federal debt,” he added.


Syed Razak, who is Gerakan’s nominee to contest N.37 Bukit Lanjan in the coming 14th General Election (GE14), said whatever the case may be, both domestic and global economies were facing extremely challenging time.

“Both the federal government and the rakyat (people) must not take the economies for granted. It is best to be prudent and prepared for the worse than to be sorry later,” he added.

Syed Razak said Malaysians could not afford to react only when “there is an economic crisis or sovereign debt crises”.

“That would be too late,” Syed Razak said. 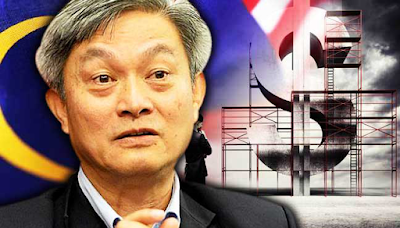 PETALING JAYA: An economist has warned that Malaysia’s debt is fast reaching the maximum level for a developing country, saying much of the blame lies with the government’s fervour for large-scale infrastructure projects.

Yeah Kim Leng, a professor at Sunway University’s Business School, noted that the nation’s direct debt now stood at 52% of its gross domestic product (GDP) and contingent liabilities guaranteed by the government, such as for loans taken by government-linked companies, were between 20% and 30% of GDP.

He said total debt should not be higher than 80% of GDP, warning that anything beyond that would expose the country to an economic crisis.

“When we reach 80%, it is not like we will go into economic crisis, but it has reached a maximum level and it is time to be prudent as the economy will become more vulnerable to the economic crisis or sovereign debt crises after that,” he told FMT.

He said mega-scale projects like the High-Speed Rail (HSR) connecting Kuala Lumpur and Singapore and the East Coast Rail Link (ECRL) connecting the east and west coasts were likely to increase the country’s debts.

He also said he was concerned that the national debt might rise more rapidly than expected if such projects didn’t bring in returns soon enough.

The cost to build the 350km HSR is expected to be more than RM60 billion, according to an estimate by the Institute of Southeast Asia Studies.

The ECRL, for which Malaysia has secured Chinese construction expertise and financing, has been estimated to cost RM55 billion. The opposition has claimed that it will eventually cost Malaysia more than that because 30% of the amount would be financed by the government through the issuance of sukuk and bonds and because interest payments had allegedly not been factored in.

Yeah also warned that economic growth would slow down once the national debt shoots above 80% of GDP and the government would then have less money to spend on education, health and other essential services.

In such a situation, he added, a government would normally start selling off its assets and privatising some services and projects.

He said high debt levels would also affect investment. “If there is no confidence in the sustainability of a country’s growth, there will be an erosion of confidence.”

With less investment, he pointed out, there would be fewer jobs and salaries would not rise, adding to the vulnerability of the economy.

He urged the government to improve on governance and reduce leakage in the system so that it could use the money thus saved to pay off its debts.

He also said the government should aim to achieve a balanced federal budget as soon as possible. 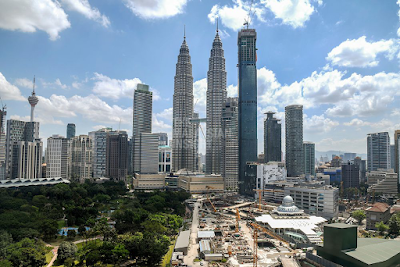 THE government's debt has grown an average of 10% a year over the past 10 years due to excess spending, and this trend could lead to Malaysia being a trillion ringgit in debt within four years, The Edge Malaysia reported yesterday.

It said as at September last year, the nation's debt had reached RM687.43 billion (51.1% of GDP) from RM266.72 billion in 2007. This, however, excludes the government-guaranteed debt of RM226.88 billion (16.9% of GDP), in which entities like Ministry of Finance Inc-owned 1Malaysia Development Bhd's debt falls.

This debt spiral was attributed to operating expenditure outpacing revenue growth at an average of 6% a year for the past 10 years to RM219.91 billion in 2017 from RM123.1 billion in 2007.

While the government announced on January 3 that it would need three years to meet its zero-budget deficit, the report cited economists saying this was unlikely to happen in such a short timeframe, especially considering Malaysia's financial history.

About RM75.7 billion of government debt will mature this year, higher than the RM71.3 billion last year, according to AllianceDBS Research economists.

"Endorsements by global sovereign debt rating agencies mean there is no immediate worry that Malaysia will not be able to honour its debt obligations.

"Still, the maturing debt papers could spell new borrowings, likely at higher cost, with interest rates 'normalising' across the globe. Bank Negara Malaysia too is widely expected to raise its key overnight policy rate by 25 basis points this year," the weekly wrote.

As at end-2016, debt with direct government guarantees stood at RM187.23 billion, of which RM5 billion was from 1MDB and RM699 million from TRX City Sdn Bhd. According to the weekly, RM4 billion was also transferred from its former subsidiary SRC International Sdn Bhd to the MoF in 2012.

A lot of infrastructure spending has also been taken off the federal government budget, "which reduces transparency and accountability, not just to Parliament, but also to the public”, economist Professor Jomo Kwame Sundaram told the weekly. – January 7, 2018."