There is no reason why Malaysians would object to the call to have a standalone Sexual Harassment Act (SHA).

However, the SHA should cover both genders - female and male!

“Why not also cover males? Males can also be at the receiving end of sexual harassment, no?” Gerakan Deputy Speaker Syed Abdul Razak Alsagoff said.

He said the call and proposal for a standalone SHA should protect and serve justice to both women and men.

“Not only women, but men must also be allowed to complain of sexual harassment. The law must not be bias to any gender,” he added.

Syed Razak, who is Gerakan’s nominee to contest N.37 Bukit Lanjan in the coming 14th General Election (GE14), said all lawmakers and the federal government “are urged to give immediate and serious attention to the proposed standalone SHA”.

“All must stop dragging their feet on the SHA. This is the 21st Century. There is certainly a need to ‘update’ the SHA to serve justice in the digital era,” he added. 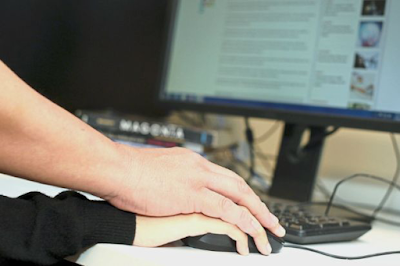 PETALING JAYA: She was driven to a quiet lake instead of a bus stop by a superior and later on, was at the receiving end of sexual remarks at the office.

This woman, one of many survivors joining the call for a standalone Sexual Harassment Act, is joining the worldwide movement inspiring more women to speak out about sexual harassment, including in Malaysia.

More civil society groups are now calling for a Sexual Harassment Act to be enacted to protect Malay sians.

“It is based on voluntary adoption, which has resulted in low rates of implementation,” she said.

Tham said the culture of victim blaming had not helped raise the issue of sexual harassment, adding: “There is a real need for both legal reform and cultural change, to ensure sexual harassment is properly addressed.

“We hope the Government will act against this form of discrimination to enable women to fully enjoy their rights.”

“The Employment Act requires an employer to inquire into any sexual harassment complaint received.

“Currently, employers have a lot of prerogative on how to handle these cases,” Tan said.

The Women, Family and Community Development Ministry acknowledged that the existing legislation is “not at the moment sufficient” to overcome sexual harassment.

“Sexual harassment is considered uncivilised and indecent and against good norms and values. It also reduces the quality and productivity of working life and jeopardises the wellbeing of working men and women,” it said in a statement.

The ministry said it is currently conducting a series of “consultation sessions” with NGOs to review the need to enact legislation on the issue of sexual harassment.

Azalina, who is the minister in charge of law, said it is up to the Women, Family and Community Development Ministry on whether it wants to enact a new Act to tackle sexual harassment.

Sisters In Islam (SIS) communications officer Alia Affendy said global movements like #MeToo and #TimesUp has become a great platform for victims of sexual harassment to speak out about their experiences.

“It is time for us to ensure accountability against perpetrators and ensure victims have access to legal recourse,” she said.

“But why should they leave? It is not their fault. Harassers should be the ones who suffer the negative consequences, not the victims,” she said.

“Young people in particular must work together to secure an empowered future which embraces freedom from discrimination and any violation of dignity.

“It is crucial to have a proper framework to protect each and every citizen from any type of sexual harassment.”