It is shocking to read The Star Online news report titled “Malaysia tops in South-East Asia for online child pornography”.

Is the Malaysian society generally a sicko?

“And what is our Multimedia Communications And Multimedia Commission (MCMC) doing about this disgraceful position?” Gerakan Deputy Speaker Syed Abdul Razak Alsagoff said.

He said the MCMC seems to be able to ban or block access to whatever sites they want but “why is it not doing enough about pornography?”

Syed Razak said it was certainly no honour for Malaysia to be dubbed the No.1 online child pornography in South-East Asia (SEA).

He urged the federal government, namely the MCMC, education and ministries and police, to treat seriously the “sick problems of Malaysians’ fixation on child pornography” and take remedial and preventive measures.

Syed Razak, who is Gerakan’s nominee to contest N.37 Bukit Lanjan in the coming 14th General Election (GE14), said the MCMC must cut off the access to such unhealthy websites to help reduce the impact of the problem.

“The MCMC must give this problem top priority and act swiftly without further delay,” he added.

This news was posted by The Star Online: 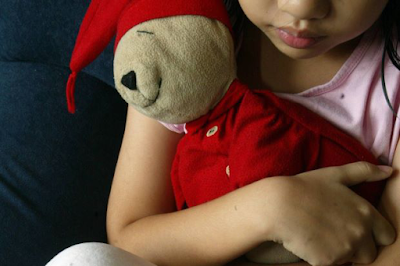 KUALA LUMPUR: Malaysia has the highest number of IP addresses uploading and downloading photographs and visuals of child pornography in South-East Asia, authorities have said.

The number of children falling prey to perpetrators whom they befriended online is also reportedly increasing fast.

Many Malaysian parents let their children use handphones without monitoring them, and more than 60% of children spend time in online chatrooms on the Internet on a daily basis.

Data shows that close to 20,000 IP addresses in Malaysia upload and download photographs and visuals of child pornography and that the country ranks top in South-East Asia in this regard.

Asst Comm Ong Chin Lan of the Royal Malaysia Police's Sexual, Women and Child Investigation Division (D11), in a seminar on "Cyber Protection for Children", revealed that based on data furnished by Dutch police based in Malaysia in 2015, about 17,338 IP addresses involved in child pornography were from Malaysia.

ACP Ong said data showed that prior to 2014, an average of 60 children a year were sexually assaulted by perpetrators whom they had befriended through the Internet.

It is learnt that about 51% of children aged between 13 and 15 befriended the perpetrators through messaging app WeChat. Other channels included Facebook, WhatsApp and Beetalk.

Based on an investigation by the Malaysian Communication and Multimedia Commission (MCMC) of children between 10 and 17 in 2015, 91.6 % owned a handphone before the age of 15 while 88.5% had Facebook or other social media accounts.

It also found that only 35.6% of parents monitor their children's activities.

Another figure that revealed a worrying trend was that 60% of girls and 40% of boys would go on to meet the people they befriended online.

Chen Pei Ling of non-governmental organisation PS The Children revealed during the seminar that out of 10 children surveyed by the group, three admitted to having met "boyfriends" whom they had never met in real life before.

Figures from United Nations Children's Fund (Unicef) indicated that more than 60 percent of children or teenagers spend time in online chatrooms every day. And about three of four children are willing to exchange their information for “goods and services”. – Sin Chew Daily/Asia News Network"