BUKIT LANJAN: IMF reports global growth expected to rise to 3.5% in 2017, is the worse over? 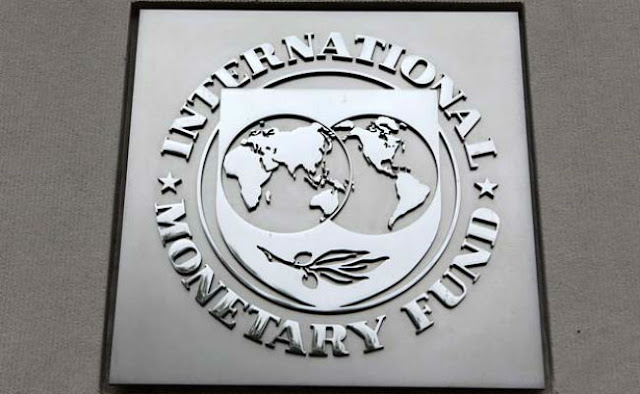 BUKIT LANJAN: IMF reports global growth expected to rise to 3.5% in 2017, is the worse over?
Malaysian manufacturers are expecting a stronger business outlook for the second half of this year following a more upbeat performance in the sector compared with 2016.

The million dollar question is: Is the worse over for Malaysia’s economy?

“Based on the International Monetary Fund (IMF)’s Economic Outlook in April 2017 the global economic activity is picking up with a long-awaited cyclical recovery in investment, manufacturing, and trade.

“I believe that if the IMF’s report is accurate, not only Malaysia but the rest of the world will experience economic growth at some level or other.

“But, natural resources-rich Malaysia must take immediate fiscal and other measures to help boost economic activities. Only this will give Malaysia the chance and advantage to see faster growth than others,” he added.

Syed Razak, who is Gerakan’s nominee to contest N.37 Bukit Lanjan in the coming 14th General Election (GE14), said another important factor for Malaysia to ensure robust economic growth “is the business environment”.

“The ruling government must be stable. Malaysians must be united as one to foster a conducive environment for both local and foreign investors,” he added.

Here’s what was reported and posted by online news portal The Malaysian Insight:

MALAYSIAN manufacturers are expecting a stronger business outlook for the second half of this year than the first half of 2017, with better local sales and exports, the Federation of Malaysian Manufacturers said.

The optimism comes from a stronger performance in the sector for the first six months of the year, compared to the corresponding period of 2016.

Manufacturing sales were up 13.8% (RM247 billion) in the first quarter of this year compared to the same period last year (RM217 billion), according to the Statistics Department.

According to the FMM-MIER (Malaysian Institute of Economic Research) Business Conditions Survey on the second half of 2016, there were worries over weaker domestic sales that caused FMM members to adopt a more cautious outlook for the first half of 2017. The survey results were released in March this year.

“Based on preliminary feedback from the survey, the actual performance in the first six months of 2017 was weaker than the second half of 2016, with local sales and exports recording lower index values.

“But we expect exports to perform better (from now onwards) by sustaining the momentum gained from the past six months,” Lim told The Malaysian Insight recently.

Lim also observed that the International Monetary Fund (IMF) reported in its Economic Outlook in April 2017 that global economic activity was picking up with a long-awaited cyclical recovery in investment, manufacturing, and trade.

“The stronger global economic activity and expectations of a more robust global demand would have a positive effect on the Malaysian economy, especially in trade.

“Another contributing factor to higher export sales volume is the weaker ringgit, which fell about 6.7% against the US dollar in the period ending May 2016 vis-à-vis May 2017,” he said.

Smaller does not mean slowing down

Manufacturing, however, has been replaced by the services sector as the country’s main contributor to the economy.

According to gross development product (GDP) figures released by the Statistics Department, the services sector is now the main driver of the Malaysian economy. In 2015, it made up the largest share of the economy at 53.5% while the manufacturing sector only contributed 23% to GDP.

Revenue from the services sector in the first quarter of 2017 was at RM375.3 billion, up 8.3% from the corresponding period of 2016, according to the Statistics Department.

Penang Institute senior analyst Ong Wooi Leng said the smaller investments did not necessarily mean the manufacturing sector’s performance was on a “shrinking trend”, and should not be seen as a hurdle for the sector’s growth.

She said it was a global trend in advanced economies too, like Singapore, which registered a US$15 billion (RM64.25 billion) drop in foreign direct investment last year. – July 29, 2017. - TMI"