BUKIT LANJAN: At least 22,000 Malaysians who are worse than animals ‘roaming the streets’


BUKIT LANJAN: At least 22,000 Malaysians who are worse than animals ‘roaming the streets’

It was just plain shocking when it was revealed in Parliament that 22,000 children had been abused since 2010.

That makes it about nine children a day being abused in Malaysia from 2010 to 2016.

He said it was obvious that something had gone seriously wrong in the way Malaysian parents had been raising their children and in the education system.

“So, who do we blame for this growing community of “animals”? Parents and the state for failing to educate our children to grow up to be caring, decent, responsible and loving humans.

“As I had blogged previously, the fault lies in the failing and inadequate education system. The Education Ministry must take immediate action to seriously review its curriculum to suit the times.


“And, importance must be given to civics and moral education that needs to be treated seriously as a subject. Various related professionals, like educators and psychologists, must be roped in by the ministry to brainstorm and come up with a viable and more effective teaching programme,” he added.

Syed Razak, who is Gerakan’s nominee to contest N.37 Bukit Lanjan in the coming 14th General Election (GE14), said the federal government had in fact taken a significant step in a related issue.

“It tabled for first reading amendments to Legal Aid Act 1971 for legal companion to provide necessary aid and assistance for children who are victims of any offences,” he added.

“Now that there is going to be a law to help abused children, will the Education Ministry treat this issue more seriously and take immediate measures to come up with a more effective education curriculum to help reduce the number of abusers who are worse than animals?” he asked.

Dewan Rakyat is told that about 60% of these cases involve rape, the highest number being in Johor, with Sabah having the highest incidence of incest cases. 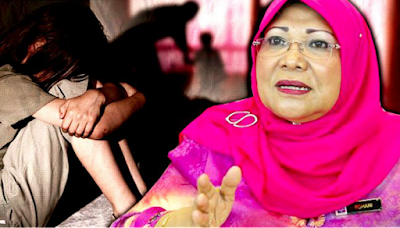 KUALA LUMPUR: A total of 22,134 children were sexually abused from 2010 to May this year, with over half being victims of rape, the Dewan Rakyat was told today.

Women, Family and Community Development Minister Rohani Abdul Karim revealed that of the sum, 13,272 were cases of children being raped, constituting 59.7%.

Rohani went on to reveal that the highest number of rape cases involving children occurred in Johor, with 2,089 cases recorded. Selangor recorded 1,052 cases of children being molested, while Sabah recorded 263 cases of incest.

“Most of the victims were girls ,” she said during question time at the Dewan Rakyat today.

Rohani was replying to Zuraida Kamaruddin (PKR-Ampang) who had asked for statistics on child abuse cases involving sexual and non-sexual cases according to state, gender of victim, offenders as well as relationship between the victim and the offender from 2010 to 2016.

As for non-sexual cases, a total of 2,244 physical abuse cases were recorded during the same period. 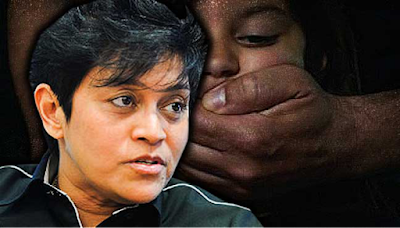 KUALA LUMPUR: The amendments to the Legal Aid Act 1971 tabled for the first reading today, seeks to provide legal companion services for children who are victims of any offences.

The amendment sees several new parts introduced in this Bill.

The services are only offered to Malaysians.

In Part V-B, it states that a person is qualified to make an application to the director-general of legal aid for a legal companion service.

The applicant must be a child who is a victim of an offence and still a child at the time of the proceedings in court.

The third new part is under the fifth schedule that states that “all sexual offences against a child” is provided in any written law.

The bill was tabled by Minister in the Prime Minister’s Department Azalina Othman Said, who was reported to have said last week that the amendments will enable underage victims of sexual crimes and their family members to get access to legal advice from the Legal Aid Department and lawyers approved by the department.

She said that the amendment would allow for legal officers from the department to act as the legal companion in giving the necessary aid and advice to the victims in accordance with the Sexual Offences Against Children Act 2017.

“The proposed amendment to the Legal Aid Act 1971 follows the government’s efforts to introduce the Sexual Offences Against Children Act 2017 and the newly-established Special Child Sexual Crimes Court,” Azalina said."