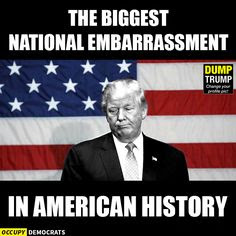 UPDATE: Below is a response from a reader posted in WhatsApp. We beg to differ that this is just a political posting. It is about a protracted global and domestic socio-political issue. It reminds all that it is a folly to give blind support to any quarter, including the the US and China. It reminds us all that there must be check and balance to keep the world powers in check. Domestically, some Malaysians have been bashing the federal government for fortifying socio-economic ties with China. It is good to diversify and accept foreign investments and investors from any country without fear or favour. No one can take away our sovereignty unless we let them. Nevertheless, the response below raised many valid points to serve as reminder for us all to be wary of the US and its hidden global agenda:

"This is a Gerakan political group website ... The event highlighted is a common matter that has existed in US all this while to non-whites minorities ... Before 2nd WW, Chinese had been taken as outcaste n US had in fact implied " a Chinese exclusion law". This law was enforced because that whites felt threatened by the cheap Chinese coolies who US imported from China during 1800s to build the transcontinental railway from US East to West. This railway was so important to US economy that had resulted US had developed n grown so big overtaking then British empire to became the world largest economy by the end of 1800s! Yet such great contributions have not been appreciated. Instead the Chinese had been treated by US until 2nd World War. During WW II, US needed China to be allies to fight Japanese, under such circumstances US then abolished such Chinese exclusion acts. However, for their heart they never really accept that Chinese or Asians as equal!!! The American Chinese has been all this while keeping those mistreatments as low key asap. Now China has became a truly world power. We are witnessing that the American Chinese starts to fight their basic human rights ... In the past, this was something unheard of!!! This is why the growing power of China offering some form of support for overseas Chinese in western countries to ask for equal rights at large!!! Without such indirect support to survive the overseas Chinese has no alternative but to continue lying low in many countries irrespective you are a citizen of those countries or not!!! That is the hard reality."
US President Donald Trump has a serious image problem. He’s supported by racists and it’s exposing America had always been not a free and democratic country.

Indeed, the US image as a world leader of freedom and democracy has taken a serious beating with many losing much respect in American global geo-economic and political propaganda.

“This is why China is fast rising as a threat to the US as a world leader,” Gerakan Deputy Speaker Syed Abdul Razak Alsagoff said.

He said the slap in the wrist action against the racist “One word says it all. Asian.” Airbnb host was inadequate.

“The state should have demanded a public and global apology from Airbnb,” he added.

“Under Trump, we can expect racist Americans to rise effortlessly because the US president has not displayed any remorse or any initiative to correct his racist image.

“And this will most definitely push more and more countries to look up to the China-Russia combo. In fact, it’s already happening, especially in Asia,” he added.

Syed Razak, who is Gerakan’s nominee to contest N.37 Bukit Lanjan in the coming 14th General Election (GE14), said the rest of the world “is now looking at the China-Russia combo as a check and balance to the US’ world dominance agenda.

“In short, the US cannot be trusted on or relied on too much on their freedom and justice propaganda. The fact that the US had used freedom and justice to start wars at every corner of the globe in the 20th Century is becoming clear to all,” he added.

Here’s a news report posted by The Star Online on the racist Airbnb (also view the above video link):

Racist Airbnb host must pay US$5,000 for refusing Asian-American guest

SAN FRANCISCO: A racist Airbnb host has been ordered to pay a US$5,000 (RM21,462) fine and take a college-level course in Asian-American studies after she cancelled reservation because the guest is Asian, China's Xinhua news agency reported, citing The Guardian.

In February, Dyne Suh, a 26-year-old law clerk, drove with friends to a mountain cabin in Big Bear, California which she had booked via Airbnb.

After hours of trip in rain and snow, she received text messages from the host, Tami Barker, cancelling her reservation.

The texts read: "I wouldn't rent it to u if u were the last person on earth" and "One word says it all. Asian." The host also said: "It's why we have Trump ... and I will not allow this country to be told what to do by foreigners," according to The Guardian.

Suh, an American citizen, recounted the experience in a YouTube video posted in April.

"It stings that after living in the US for over 23 years this is what happens. No matter if I follow the law... no matter how well (I) treat others, it doesn't matter. If you are Asian, you're less than human and people can treat you like trash," Suh, who worked as a law clerk at the Riverside County Public Defence's Office, said in the video.

After Suh filed her complains to Airbnb, the accommodation sharing service provider carried out its own investigation and banned Barker from the platform.

Suh also complained to the California department of fair employment and housing (DFEH), which ordered Barker to make a personal apology to Suh, pay a US$5,000 fine and take a college-level course in Asian American studies.

Airbnb, which is headquartered in San Francisco, reached agreement with the DFEH in April which allows the regulator to test and penalise Airbnb hosts for racial bias.

Barker is the first Airbnb host that has been punished under the agreement.

Airbnb gave in to the DFEH's demand after researches and a growing number of reports suggested hosts regularly refuse guests due to their race, a problem exposed in 2016 under the hashtag #AirbnbWhileBlack. - Bernama"