BUKIT LANJAN: Time for Malaysians to focus their bulk of energy and resources on nation-building activities

June 29, 2017
BUKIT LANJAN: Time for Malaysians to focus their bulk of energy and resources on nation-building activities

A Bloomberg report claiming that investors are flocking back to Malaysia and focusing on encouraging signs of an economic turnaround is good news to Malaysians.

The fact that the report was posted by two online news portals, Free Malaysia Today (FMT) and The Malaysian Insight (TMI), gives it a more “creditable” perception, unlike news that are carried by the mainstream media.

“The crux of the report is that investors are giving more attention and weight to the encouraging signs of an economic turnaround instead of a scandal (1Malaysia Development Berhad or 1MDB),” Syed Abdul Razak Alsagoff said.

He said: “After a prolonged and continuous protest of 1MDB by those aligned to the Opposition since 2015, it is time to get back on track with the future of Malaysians and Malaysia.

“1MDB aside, life for Malaysians and Malaysia must go on. Is it logical to throw away our future just because of a scandal? Malaysians will settle the 1MDB issue in the coming 14th General Election (GE14) through the ballots.

“Let us not sabotage our economic growth. Let us not cut our nose to spite our face.”

Syed Razak, who is Gerakan’s nominee to contest N.37 Bukit Lanjan in the coming GE14, said “it is now extremely crucial for Malaysians to focus the bulk of their energy and resources on fast forwarding business and economy for nation-building and progress”.

“Too much time has been wasted on politicking when there is much more productive work to attend to by everyone. We have to unite, help ride and boost the economic turnaround as reflected by the influx of investors,” he added.

Here are the postings by online news portals FMT and TMI: 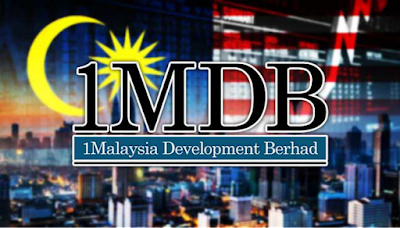 KUALA LUMPUR: Malaysian assets are back in favor as investors focus on encouraging signs of an economic turnaround instead of a scandal that has touched the top of government and as far as Hollywood.

The stark shift means that Prime Minister Najib Razak, who has weathered political attacks and protests going back to 2015 over allegations involving state-owned 1Malaysia Development Bhd., may call an early election to cement his hold on power.

The ringgit is easily the strongest major Asian currency this quarter, climbing more than twice as much as the next best, the Chinese yuan. Global funds have bought the most Malaysian stocks year-to-date since the same period in 2013, and net inflows to the bond market surged in April and May.

Malaysia has been rocked by far-reaching investigations into investment fund 1MDB, yet double-digit acceleration in the country’s exports has lifted the economy, which grew 5.6% on-year in the first quarter, the most since early 2015.

“With improving macro-economic conditions in Malaysia, we became more positive in mid-2017 for the general Malaysia outlook, although there are still political and corruption concerns,” said Hakan Aksoy, a fund manager at Pioneer Investment Management Ltd., which oversees US$244 billion globally.

“As long as we see improvement on the macro data with the support of global conditions and stable energy prices, we will keep our cautiously positive stance for Malaysia,” London-based Aksoy said.

Overseas investors have purchased US$2.48 billion of Malaysian equities this year, the biggest stock inflow in Southeast Asia. The FTSE Bursa Malaysia index hit its highest in two years on June 16 as technology, banks and construction shares soared.

“Domestic cyclicals will outperform while global cyclicals will underperform,” Richardson said. This is due to “a combination of global monetary stimulus and domestic early election stimulus.”

The stock market’s gains came as the ringgit rebounded from a 19-year low. After missing out on an earlier rally in regional currencies, it strengthened as growth quickened and concerns eased over an earlier move by the central bank to deter currency speculators.

Bond investors have also returned. Malaysian debt securities drew more than RM16 billion in April and May after recording the longest stretch of outflows in two years. The yield on 10-year notes has fallen 56 basis points to 3.9% since reaching an eight-year high in November.

Still, not everyone is convinced. Nomura Holdings Inc. is underweight on Malaysian stocks, citing expensive valuations and doubts that the growth momentum can be sustained.

“I find it difficult to justify buying Malaysia’s genuine story while ignoring the risks on valuations and also the existing risk that the Malaysian market comes with,” said Mixo Das, Nomura’s Southeast Asian equity strategist in Singapore. “The market probably goes up a bit more till the election, but what happens after it?”

A general election isn’t due until mid-2018, but there’s growing speculation that Najib will call for polls this year with growth holding up and the opposition parties racked by infighting. The premier said earlier this month that preparations for the election were going well.

The economic outlook has helped to counter headlines involving 1MDB, which is at the center of money-laundering allegations and probes in several countries. The US Justice Department is seeking to recover US$1.8 billion in assets it says were bought with funds misappropriated from 1MDB.

Complaints filed in a US court alleged that from 2009 through 2015 more than US$4.5 billion belonging to 1MDB was diverted by officials of the fund and their associates. Najib, who until last year was the chairman of 1MDB’s advisory board, has denied wrongdoing and was cleared by Malaysia’s attorney general.

For Schroder Investment Management Ltd., economic factors trump politics when investing in Malaysian bonds. It also favors the ringgit due to the nation’s positive outlook.

Investors shrug off 1MDB scandal, flock back to Malaysia


MALAYSIAN assets are back in favour despite the lingering scandal surrounding 1MDB, reports Bloomberg today.

Investors are focusing on signs of an economic turnaround instead of the allegations of money laundering and billions of ringgit siphoned off state investor 1Malaysia Development Bhd.

The US Department of Justice has also filed three civil suits to seize assets allegedly bought with 1MDB money, which has ensnared a Hollywood actor and a model.

The return of investors means that Prime Minister Najib Razak, who has denied any wrongdoing since allegations first surfaced in 2015, might call the 14th general election (GE14) “to cement his hold on power”, the financial portal said.

It also pointed to the ringgit’s performance in the second quarter, which rebounded from a 19-year low, and trading around 4.3 to the dollar.

The economy grew by 5.6% in the first quarter and global funds have bought the most Malaysian stocks since 2013, and net inflows to the bond market surged in April and May.

Overseas investors have purchased US$2.48 billion (RM10.67 billion) of Malaysian equities this year, the biggest stock inflow in Southeast Asia.

Bond investors also poured in more than RM16 billion in April and May.

GE14 must be held by August 2018 and with the opposition in disarray, there are signs Najib will call for an election this year.

The rosy economic outlook has allowed the government to ignore the moves by the DoJ to seize US$1.8 billion in assets bought with funds misappropriated from 1MDB.

Najib was the chairman of 1MDB’s advisory board until last year. Attorney-General Mohamed Apandi Ali cleared Najib of any wrongdoing in relation to 1MDB.

Actor Leonardo DiCaprio surrendered an Oscar statue originally won by Marlon Brando to the DoJ while model Miranda Kerr handed over jewellery worth US$8.1 million gifted by Jho Low, a central figure in the scandal. – June 29, 2017. - TMI"