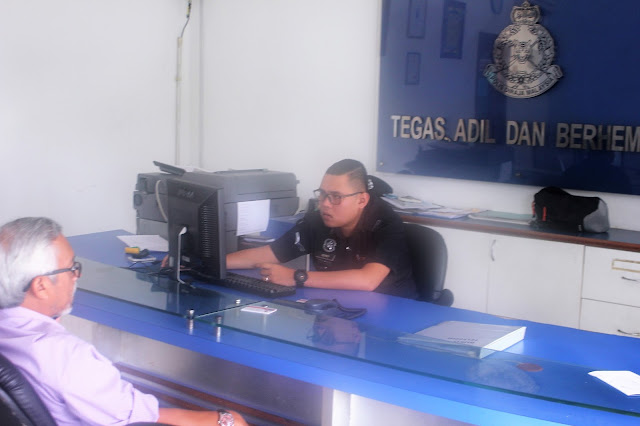 
He said such scums of society must not be allowed to be emboldened with their samseng (gangster) ways. “They must be caught and punished or they will become a threat to public order.”

“I have lodged a report with the Bandar Sri Damansara police station at about 4pm today. I urge the police to step up their crime prevention patrols or at least raise their alertness to nab the culprits,” he added.

“Four of the banners were cut and are now missing. I have yet to check the other areas. I urge the police to treat the matter seriously.

“The banners are festive greetings, not political messages. If this is happening during the Ramadhan Holy Month, what will the hostility be like during GE14?” he asked.

Syed Razak, a.k.a Pek Moh Bukit Lanjan, said such kurang ajar acts had happened last Christmas and Chinese New Year “but I did not lodge any police report”.

“This time around, I am very, very upset and am taking such hostile acts seriously. They are also disrespecting Muslims and Islam,” he added.

He said responsible Malaysians who treasure peace and harmony would not resort to such acts that could ignite public disorder.