The three Royal Malaysian Navy (RMN) personnel who have been remanded for seven days, beginning today (Oct 1, 2017), to facilitate investigations into the deaths of two navy personnel at the Sungai Wangi Unit detention room near Sitiawan in Seri Manjung on Friday (Sept 29, 2017), are innocent until proven guilty.

“How could it even happen in such a disciplined outfit?” Gerakan Deputy Speaker Syed Abdul Razak Alsagoff asked.

He said when the RMN personnel should be bravely defending the country and honour, some of them chose to be “bullies or murderers” to tarnish the image of the navy.

“It’s such a disgrace and disservice to the RMN. If found guilty, the trio must be given the maximum penalty,” he added.

Syed Razak said while it was natural to go after the suspects for murder, “the RMN must also review its management and discipline, and the superior officer in charge of the trio or the unit must also be held responsible for the disgraceful incident”.

“The superior officer or officers must be taken to task for failing in their duty and responsibility in ensuring that those under his/her/their charge are well behaved.

“How could such an incident even happen in such a high security unit or facility? They must also face the music, like a demotion for failing in their duty.”

Syed Razak, who is Gerakan’s nominee to contest N.37 Bukit Lanjan in the coming 14th General Election, said the navy, army and the Defence Ministry must “stay out of the probe” and allow the police to conduct a free and fair investigation.

“That is the only way to prevent any further erosion in public confidence of Malaysians on the RMN,” he added.

He reiterated that those found guilty of the torture-murder must face the full brunt of the law and punishment to serve as a deterrent to any RMN personnel to think twice before “misbehaving or committing a crime”.

“They must be given a clear message that the RMN will not condone any form of indiscipline or crime. They must also be told, in no uncertain terms, that they will not be spared or protected from facing the law,” he added. 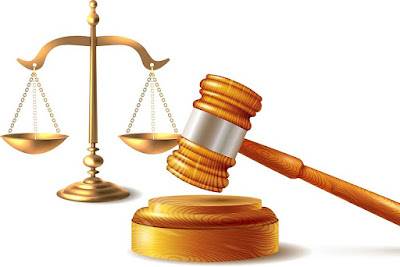 THREE Royal Malaysian Navy personnel have been remanded for seven days, beginning today, to facilitate investigations into the deaths of two navy personnel at the Sungai Wangi Unit detention room near Sitiawan in Seri Manjung on Friday.

Earlier, the three men, aged 29, 37 and 44, who were in lock-up attire, arrived at the magistrate’s court in Seri Manjung by police lorry about 8.45am.

They were remanded to assist in investigations into the murders of Nik Muhammad Baihaqy Nik Mat, 28, and Muhammad Lailal Tuiman Mohd Sukri, 26.

Police classified the deaths as murder based on the results of post-mortem reports from the Pathology Department of Raja Permaisuri Bainun Hospital in Ipoh, Perak. – Bernama, October 1, 2017. - TMI

Perak Crime Investigation chief Gan Tian Kee says the post-mortem reports reveal that the two RMN personnel had been tortured and their deaths have now been classified as murder. 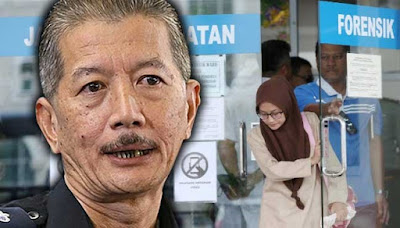 IPOH: Two personnel of the Royal Malaysian Navy (RMN), who died at the Sungai Wangi Unit detention room in Sitiawan on Friday, are believed to have been tortured, said Perak Crime Investigation chief Gan Tian Kee.

He said police had classified the case as murder based on the report of the post-mortem on Nik Muhammad Baihaqy Nik Mat, 28, and Muhammad Lailal Tuiman Mohd Sukri, 26, from the Pathology Department of the Raja Permaisuri Bainun Hospital here.

“The post-mortem conducted on both of them revealed they were tortured, which resulted in injuries. From these findings, the investigations are classified under Section 302 of the Penal Code,” he said in a statement here today.

Gan said the post-mortem on Baihaqy showed that his death was caused by bleeding in the lungs and blunt trauma on soft tissue.

“The post-mortem on Lailal Tuiman revealed that he died due to lung bleeding and blunt trauma on soft tissue,” he said.

He said following the post-mortem results, police had arrested three men, aged between 29 and 44, at about 9.30pm yesterday to facilitate investigations.

“The three suspects were on duty during the Friday (Sept 29) shift from 10am to 11pm. Application for remand order for the suspects will be made at the Seri Manjung Magistrate’s Court,” he said.

Gan said police also recorded the statements of eight detainees at the location and 11 guards on duty at the scene.

The RMN, in a statement yesterday said Baihaqy and Lailal Tuiman died at the detention room while undergoing physical training at the camp on Friday.

During the training, the two personnel complained of exhaustion and rested and later vomited and experienced shortness of breath before being confirmed dead by paramedics who arrived at 3.15pm. 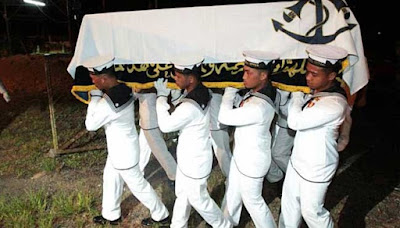 Meanwhile, in KOTA BHARU, Baihaqy was buried in a military ceremony at the Kampung Limbat Muslim cemetery in Pasir Tumboh here today.

The remains, which arrived from Ipoh, Perak, at 5am, were buried about one hour later witnessed by family members, villagers and RMN officers.

The family members of Baihaqy want the parties involved in his death brought to justice.

His eldest sister, Nik Norliliwati, 44, said the family was shocked at the death of her younger brother after the post-mortem conducted on him revealed that he was beaten.

She said the family was leaving it to the police to carry out detailed investigations and further action and would await a decision from the authorities.

Baihaqy’s wife, who was still grieving over his death, declined to be interviewed by reporters. - FMT"