Pulse Of Bukit Lanjan is absolutely not surprised that baby dumping cases in Malaysia have been rising steadily since 2013.

This issue of humanitarian concern was raised twice by this blog last December and March.

Ø https://bukitlanjan.blogspot.my/2017/03/bukit-lanjan-all-to-blame-for-doing.html (All to blame for doing not enough to stop baby dumping in Malaysia)

Ø https://bukitlanjan.blogspot.my/2016/12/bukit-lanjan-lets-have-baby-hatches-in.html (Let’s have baby hatches in all hospitals and clinics)

“Since then, both state and federal governments have done nothing in response to the urgent need to nip the problem in the bud,” Gerakan Deputy Speaker Syed Abdul Razak Alsagoff said.

He said not only should the federal government allocate more funds to help stem the problem, “it must also use legislative powers to compel all clinics and hospitals, both private and public, to set up baby hatches to save the lives of babies and give them the right to survive”.

“What’s so difficult about compelling doctors and clinics to lend a helping hand to do just that? Is it really that costly and difficult to set up baby hatches nationwide with Malaysians across the country helping out?” he asked.

Syed Razak, who is Gerakan’s nominee to contest N.37 Bukit Lanjan in the coming 14th General Election (GE14), said there were certain quarters who argue that setting up baby hatches was counter productive and encouraging baby dumping and illicit sex.

“That is utter rubbish and lacks responsibility. If a mother wants to dump her new born for whatever reasons, she will do just that, whether there are baby hatches or not.

“At least, with the availability of baby hatches, the unwanted babies have a chance to survive instead of being exposed to danger … like being dumped in garbage bins and other unsavoury places, exposing them to the wild,” he added.

“I say shame to both state and federal governments in Malaysia for doing nothing or taking the lead to make this a national concern with concrete actions to alleviate the problem,” Syed Razak said.

This is a Parliament report posted by The Star Online on the matter:

"Baby dumping cases on the rise over past four years 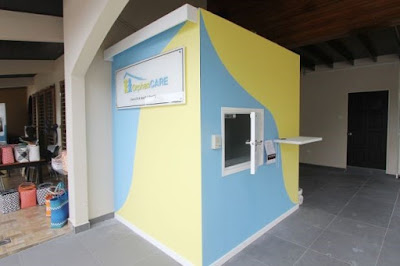 A baby hatch at an OrphanCARE centre in Petaling Jaya.

KUALA LUMPUR: Cases of baby dumping have been on the rise over the past four years, said Deputy Women, Family and Community Development Minister Datuk Seri Azizah Mohd Dun.

"Between January and June this year, 59 babies have been dumped, bringing the total number since 2013 to 478 babies," she said in reply to a question by Dr Mansor Abdul Rahman (BN - Sik) in Parliament on Thursday (Oct 26).

However, Azizah observed that more babies were also being saved through the baby hatch programme, run by the Welfare Department and OrphanCare Foundation.

"This clearly shows the increase in the number of people using baby hatch facilities to leave babies in a safer place, with 43 babies saved since 2010," she said.

The baby hatch is a facility for desperate mothers to have an option to leave their babies behind in a safe place, rather than locations where no one else can take quick action to save the babies' lives.

So far, eight KPJ hospitals and three OrphanCare centres provide baby hatch facilities, where the alarm goes off the minute a baby is placed inside.

Of the 43 babies already saved through the programme, 38 have been adopted by couples who have been deemed credible by the courts, while the rest are in children's homes run by the Welfare Department.

To a supplementary question by Teo Nie Ching (DAP - Kulai) about the nationality of the babies rescued, Azizah said the ministry held continuous engagements with the National Registration Department to obtain birth certificates for the babies.

"Adoptive parents of these babies are Malaysians and reside in the country, and after going through the necessary programmes and legal processes in court, the babies will definitely be deemed Malaysian.

"As for those who are not adopted and are at our institutions, we work with the NRD to get them birth certificates and citizenship status," she said."