Indeed not only Malaysians but also the rest of the world are taking Earth’s environment for granted.

The devastation effects of a fast depleting ozone layer, caused by pollution, is beginning to threaten a global climate and weather change that will hurt mankind.

“Not only Malaysia but every country in this planet will be affected adversely. Governments must start taking the destruction of the planet’s seriously and come up with policy measures that show more care, concern and friendly to the environment,” Gerakan Deputy Speaker Syed Abdul Razak Alsagoff said.

“For one, the federal government should start preparing Malaysians to rid the roads of polluting Internal Combustion Engine (ICE) motor vehicles and go electric or other more environment friendly choices.

“This is a proactive action that both state and federal governments can take and do for the future of our generations. But why are they not doing it?” he asked.

Syed Razak, who is Gerakan’s nominee t contest N.37 Bukit Lanjan in the coming 14th General Election (GE4), said the two The Star Online news reports titled “The heat is stifling but still nothing like in Europe and the US, say experts” and “Doctor: Don’t take heatstroke lightly” were telling.

“Malaysians must take seriously the two news reports as a warning to not continue taking the environment and Earth for granted.

“We must heed the doctor’s advice not to take heatstroke lightly, especially our vulnerable children,” he added.


The heat is stifling but still nothing like in Europe and the US, say experts 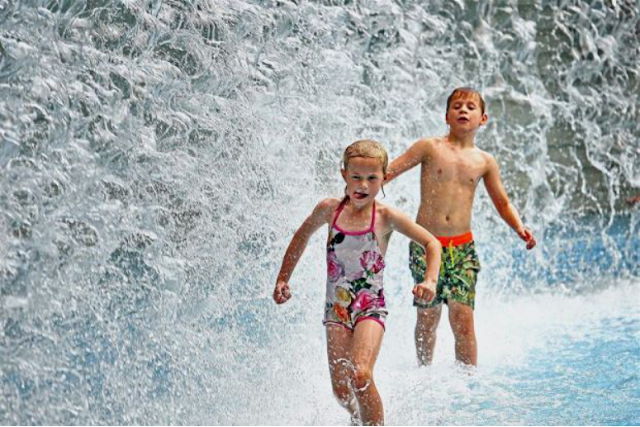 PETALING JAYA: “Hot” is the word on everyone’s mind right now, with heatwaves sweeping across Europe and parts of the United States.

Temperatures in Britain were expected to climb as high as 32°C in the coming week while the mercury in parts of Italy had soared well above 40°C, news reports said yesterday.

Although Malaysia is not directly affected by the heatwave in the northern hemisphere of the globe, it was not spared the effects of the annual south-west monsoon dry spell, said MetMalaysia (the Meteorological Department of Malaysia.

“However, the hot weather here now is not as bad as the El-Nino of 2014 and 2015,” MetMalaysia director-general Alui Bahari said yesterday.

The south-west monsoon began on May 17 and is expected to last until September.

Alui said the highest temperature recorded so far this year was not even during this dry period.

Climatology and Oceanography specialist from Universiti Kebangsaan Malaysia Prof Dr Fredolin Tangang explained that the heatwave in Europe and the United States was “normal” for this time of year.

“However, the weather system in Malaysia is different from that in America and Europe. Our dry spell is connected to the monsoon season,” he said.

Also, while Peninsular Malaysia and Sarawak are expected to have less rain than usual during this period, Sabah is expected to see more rainfall.

Dr Tangang also warned of a possible increase in the risk of forest fires. “We have had reports of fires in Sumatra.

“This is a rather typical dry and hot season although this year, the south-west monsoon season is wetter than the last one,” he added.

It was reported earlier that there were 170 hotspots across Indonesia in mid-July, mostly in Aceh, East Nusa Tenggara and West Kalimantan.

According to the latest map of MetMalaysia’s “Fire Danger Rating System” under the “Fine Fuel Moisture Code” – southern Suma-tra, West Kalimantan and large parts of Sabah and Sarawak were in red.

Red represents “extreme” – the highest in the scale – which indicates ease of flammability of grasslands and bushes.

But Alui said the rainfall in August was expected to exceed that of July, helping to dampen the risk of fires.

“The situation is not worrying. Even so, there should be enforcement to prevent open burning,” he said.


PETALING JAYA: Heatstroke and dehydration are not to be taken lightly. Such problems can lead to death if left untreated, a doctor warns.

“If the person affected does not seek medical help immediately, he could potentially lose his life,” he said in an interview.

He also said the number of patients who had visited his clinic due to heat-related problems has increased by 20% since the hot spell began.

“To protect yourself from the heatwave, you should be well hydrated. Drink lots of water, especially if you are consuming caffeine and durian,” he added.

Warren Tan, 29, and his wife Nickcolle Chew, 27, were seen queueing up for coconut water at Aboo Siti Lane in Penang. Tan said the drink provided relief from the hot weather and also soothed his wife’s gastritis.

Shop owner P. Sarasvathy, 56, said around 300 to 400 coconuts were snapped up daily, many of which were distributed to various roadside stalls.

Meanwhile, second generation herbal drink seller A.S. Tang, 51, who operates from a truck in Rangoon Road, said business was good since early this month due to the hot weather.

“We sell up to 500 cups daily, and the bestseller is koh teh (bitter tea), as it is made up of more than 10 types of herbs which are good for sore throat, cough or ulcer, especially during this hot season,” he said.

A staff from a herbal tea shop in Petaling Jaya, Maggie Mok, 40, also said that the number of customers increased following the dry spell, which began in May.

“One of our bestsellers is the ling yang zhu zhe (antelope horn sugarcane tea). However, ku cha (bitter tea) works the best to ‘clear’ heat,” she said, adding that they could sell up to 100 bottles a day."