BUKIT LANJAN: Nip in the bud problem of poor managements!

The performance of government departments and government-linked companies (GLCs) have been hogging news headlines for all the wrong reasons for decades, beginning with the Bank Bumiputra Scandal, Perwaja Steel and many others.

“But, what is clear and telling in the Auditor-General (A-G)’s Report is that the National Entrepreneurial Group Economic Fund (Tekun)'s various programmes failed to achieve its goals due to poor management and lack of research,” Gerakan Deputy Speaker Syed Abdul Razak Alsagoff said.

“This means incompetent individuals have been appointed to head government departments and GLCs. This is absolutely unacceptable,” he added.

Syed Razak said the economic growth of a country depended on the competency, wisdom and integrity of leaders.

“It is common sense to say that a country’s socio-economic progress will be stunted if the majority of leaders, heads of departments, etc are incompetent,” he added.

Syed Razak, who is Gerakan’s nominee to contest N.37 Bukit Lanjan in the coming 14th General Election (GE14), said in the case of Tekun, “the failure cannot and must not be treated lightly”.

“Tekun has to date received a RM1.86 billion loan from the Finance Ministry and another RM670 million grant from the Agriculture Ministry.

“These are no small amounts that belong to taxpayers. Adequate measures must be adopted and taken to ensure such huge funds are not being misused or squandered away by incompetents.

“Perhaps, it is time for the federal government to conduct a nationwide review of the performance of all departments and GLCs and to take whatever immediate action and measures to nip the problems in the bud.

“Start with taking the A-G’s annual reports seriously and act accordingly without fear or favour,” he added. 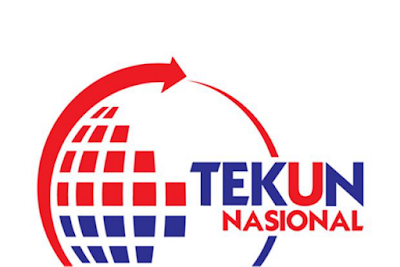 PETALING JAYA: The National Entrepreneurial Group Economic Fund (Tekun) recorded a loss of RM209.28mil at the end of 2015 due to several failed financing schemes, according to the 2016 Auditor-General's report.

From 1998 to June 2016, Tekun received a RM1.86bil loan from the Finance Ministry and another RM670mil grant from the Agriculture Ministryfor the purposes of the Economic Stimulus Package 聽as well as to aid flood victims and for the Young Indian Entrepreneurs Development Scheme.

However, the report found that Tekun's various programmes failed to achieve its goals due to poor management and lack of research.

Other failed schemes named in the report were the Tekun Credit Financing Scheme, the Mentor Mentee Programme and the Entrepreneur Development Programme.

"The period and targeted outcome for the six Entrepreneur Development Programmes were not defined," the report said.

"The Tekun Credit Financing Scheme failed to achieve its target due to lack of reception from supply companies," it added.

The report also noted that the members of Tekun's Audit, Integrity, and Risk Committee did not possess an accounting background and that its corporate financial management was disorganised.

Tekun is an agency under the Ministry of Agriculture and Agro-based Industry.
Earlier this year, former Tekun managing director and chief executive officer Datuk Abdul Rahim Hassan was charged with two counts of corruption at the Sessions Court."