The federal government has revealed that more than 54,000 graduates in Malaysia remained unemployed six months after completing their studies last year.

And, the situation can only deteriorate if the Education Ministry does not review its tertiary education programmes to suit the times.

“As I have blogged previously, the Education Ministry needs to quickly review and revamp its programmes to ensure that Malaysian graduates are employable,” Gerakan Deputy Speaker Syed Abdul Razak Alsagoff said.

“Our human capital, especially our graduates, must not only be of quality and competent, their skills must also suit the demands of employers to be employable,” he reiterated.

“Both the Education Ministry and parents need to quickly think out of the box, accept and embrace changes and demands in the employment market.

“Like what I have said in previous blog posts, there are too many doctors and lawyers in Malaysia. Parents need to encourage their children to take up new education and tertiary programmes and skills to suit the demands of a global era of fast changing science and technology,” he added.

Syed Razak, who is Gerakan’s nominee to contest N.37 Bukit Lanjan in the coming 14th General Election (GE14), said more and more unemployable graduates would enter the market every year “if they are not educated and equipped with new skills for today and the future”.

Here are two FMT reports for you to chew on: 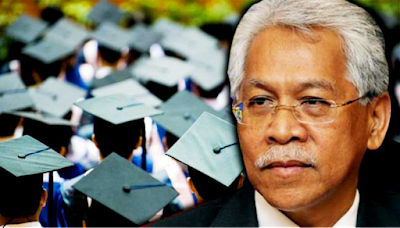 KUALA LUMPUR: A total of 54,103 graduates were unemployed six months after they completed their studies last year.

“This number did not comprise graduates from the public universities only but also from private universities and colleges,” he said in reply to a question from Senator Ng Chiang Chin in the Dewan Negara today.

Idris said in tackling the issue of unemployed graduates, the higher education ministry had implemented a number of programmes, including the Integrated Cumulative Grade Point Average (iCGPA), Two Universities + Two Industries (2u2i) and the CEO Faculty.

“We created these programmes according to the national education blueprint.

“The rest of the world which does not have these (programmes) are watching us. This system will be able to produce graduates that are more holistic for the working world,” he said.

‘Fresh grads need to evolve with the market’

Recruitment companies say the changing nature of jobs requires today's employees to develop new skill sets to meet the needs of the industry. 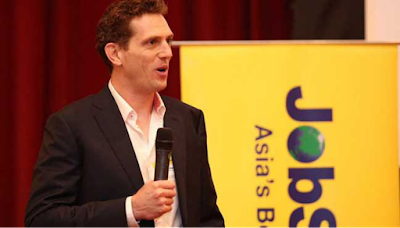 The company, Seek Asia, told FMT that those from the younger generation need to learn new skills, even after they finish their tertiary education, to gain an edge in the job market.

“The cycle of skill sets is moving very quickly.

“Skill sets such as digital marketing and product management did not exist 10 years ago. But they have become some of the most sought-after skills in the market now,” chief commercial officer Martin Hayden said on the sidelines of the Jobstreet HR Networking 2017 event here today.

Also at the event was Jobstreet Malaysia country manager Chook Yuh Yng, who spoke on the importance of higher education levels for job creation. 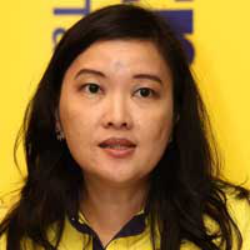 Jobstreet Malaysia country manager Chook Yuh Yng
According to Chook, a society with a higher level of education will attract more investors to set up their businesses in the country, thus creating more jobs.

She added that gaining new skill sets would only benefit employees and help further their careers.

“When graduates finish their first degree, they shouldn’t stop there.

“Don’t stop there because the job market won’t wait for you. You have to evolve with the market,” she said.

It was recently reported that Malaysia had recorded a dismal number of job opportunities created in the last four years.

This is on top of Bank Negara Malaysia’s annual report released in March which said the youth unemployment rate reached 10.7% in 2015.

This is more than three times the national unemployment rate of 3.1%.

Chook said this pattern of unemployment, especially for those within the range of 20-29 years old, was typical even on a global scale.

“Much like the cycle of the economy, it will gradually become better, more so when the education level of a country is improved,” she said.

According to data from the International Labour Organization (ILO), Spain recorded the worst youth unemployment rate in Europe in 2011, at 46.4%. 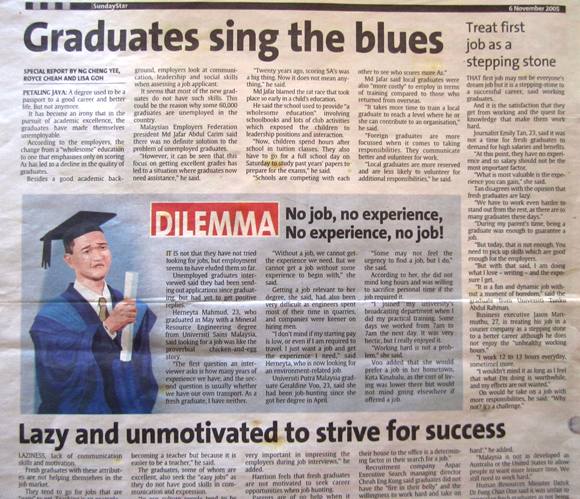